Since I’ve been doing the Blogging A-Z April Challenge, I’ve developed some kind of additional neurosis…some kind of mutation, which has been completely overlooked by the DSM Manual, otherwise known as “the psychologists’ Bible”.

M is for Monkey

Every morning, no sooner than I’ve inhaled my kick-starting coffee, it all begins. I start jibber-jabbering away to myself and all sorts of words start cycling and recycling through my clunky head as I try to pick my word to go with the day’s letter. You see, I am now halfway through the Blogging A-Z April Challenge and with each passing day, the jibber-jabbering is only getting worse…the proverbial broken record.

Being a new recruit to the challenge, I didn’t realise until it all got underway that people generally write to a theme and turn it into quite a project. That’s right. This challenge goes way beyond simply reciting the alphabet and writing about “A is for apple”. My theme has ended up being “A few of my favourite things” and I’ve also been following the challenge on other blogs where I’ve been blown away by the amount of research involved and have learned so much!! 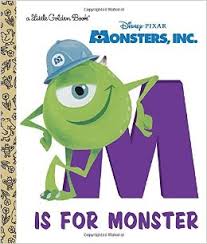 M is for Monster

While I have written a list of topics for each letter, some days I’ve revisited it and changed my mind.

For some reason, trying to pick something for M today has had me muttering more than usual.

In a sense, M has to be Mummy, which I guess could also be M for Me. However, the trouble with writing about my journey as a Mum or about myself as “Mummy” is to come up with an angle that isn’t sickly sweet and sugar-coated or isn’t some never-ending whinge to end all whinges, leaving you all wondering why I ever had kids and thinking I don’t deserve them.

I did consider M for Manual, as in receiving a parenting manual when you give birth so you know what to do. After all, here in Australia, you have to sit a tough written test to get your Learner’s Permit before you can even start learning to drive a car Yet, when it comes to becoming a parent and leaving the hospital with your bundle of joy, there is no test. No licence required. You’re just left on your “pat malone” with what often turns out to be, quite a complex little bundle.

However, once I explored the manual concept further, I actually decided that I really didn’t want a manual or any kind of prescription telling me how to parent my kids. After all, being a bit of a free-thinking, creative type whose journey pretty much goes off road well beyond the road less traveled, I don’t want to create a pair of robots and I really don’t want to become a robot myself. I do try to have a routine during term time but come school holidays, I really do like to mix it up a bit, go away and explore something new but also just hang out. We all need to recharge a bit for another school term.

So, before I’d even written a word, I’d eliminated Mummy, motherhood, parenting manual and if you knew me in real time, you’d know that minimalist isn’t me. No, it’s definitely not me at all although I do appreciate those that fastidiously declutter their homes. They drop all sorts of fascinating treasures off at the op shop, which I snap and re-house. After all, treasure should never be homeless. We just need to get a bigger home or open a museum.

I had originally been intending to write about miracles, which ties into what became something of a life mission to “turn my mountain around”. You see, I have an auto-immune disease called dermatomyositis as well as a neurological condition, hydrocephalus, which both give me some mobility challenges. In 2012, our family went on our first trip to the snow and although the rest of the family was going skiing, I didn’t think I could do it. Instead, I bought a pair of snow boots and intended to photograph the snow instead. However, on arrival, we spotted the Paraolympic ski team, who were out zooming down the slopes on sit skis.  This sowed a seed of doubt and I started to wonder whether I, too, could ski. We had a chat with them and they introduced me to the Disabled Winter Sports Association. We couldn’t get organised in time for that trip but I set myself a goal for the following year to ski down the mountain and in effect, turn my mountain around. In what really was quite a miracle, although it also took a fairly large dose of courage and encouragement from the family and my ski instructor, I made it down the mountain and turned my mountain around going down instead of up the mountain. 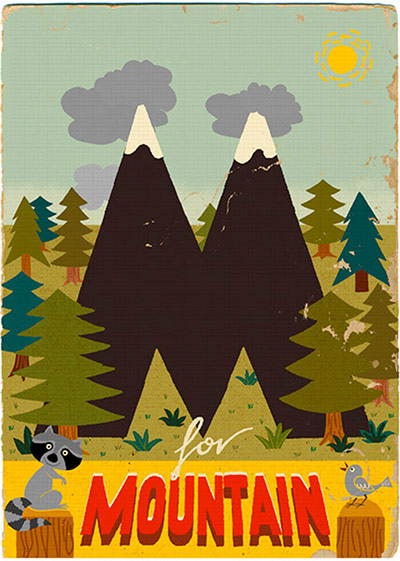 I was so excited and on such a high, that I forgot all about the laws of physics and that what goes up, must come down.

Before we’d even left the skifields, I developed the first signs of a chest infection, which despite preventative measures, turned into a life-threatening bout of pneumonia and my auto-immune disease flared up and was attacking my lungs. Before I knew it, my life was flashing before my eyes and instead of being on top of the world, I was having chemo and fighting for my life.

Of course, this totally flipped my mountain back around and in the process it turned dark, stormy and very foreboding.

This wasn’t how my story, the motivational book I was working towards, was supposed to end up. This wasn’t the plot I’d worked out. No, it was anything but. I put the book writing plans on hold. Indeed, I was so sick that I didn’t have a choice.

You can read about my ski challenge here: https://beyondtheflow.wordpress.com/2013/09/11/turning-my-mountain-around/

However, if you know anything about Joseph Campbell and the hero’s journey, you’ll know that any journey has it’s complications or challenges but that doesn’t mean that’s where the journey ends. No, instead, we’re supposed to tackle those complications and work them  out and ultimately reach that perfect happy ending. We just need to make sure we don’t give up half way before things start turning around and starting to work out. Moreover, once we reach that happy state we need to end that journey before another journey begins, taking us to a completely new destination with a whole new set of complications, challenges and rewards.

While at first thought, it might seem desirable to get rid of all the mountains in our way to make the road smooth, without these mountains, we would never be stretched and grow to take on tougher challenges. We’d never find out what we are made of. This would be a serious loss because, through my own journey, I’ve truly come to appreciate that each of us is truly capable of doing and being way more than we ever thought possible.

Indeed, each of us is a living, breathing human miracle.

We just need to believe.

It seems that I should have had a bit more faith in my miscellaneous mutterings. It’s been quite an interesting journey and I actually found a destination after all.

Indeed, it could even be motivational.

PS Geoff was doing a few miscellaneous mutterings of his own today after driving the kids all the way to their Scout Camp and finding out our daughter;’s daypack had been left behind. Unfortunately, she’d put most of her essentials inside and so a very loving Dad is driving all the way back to Nelson Bay to drop it off again tomorrow. Mutter…mutter…mutter!

PPS: Bilbo, our Border Collie, has added his howls to the mutterings tonight. Somehow, he managed to fall in the swimming pool. I had a friend over for dinner and we heard a splash follow by a few more splashes and the poor boy was desperately trying to pull himself out. I am so relieved I was within ear shot. Poor Bilbo. He doesn’t even like to get his paws wet so this was really quite an ordeal!!