When you think of bush walking, you immediately think of feet, terrain and perhaps how many kilometres you’ve covered…especially if you’re the pedometer type.

However, isn’t bush walking more about what you see and experience and chance along the way rather than just reaching your destination. That is, if you indeed, had a destination.

We simply had two adults and two kids we’d just picked up from Grandma, a car and the camera. I should also mention that our daughter was wearing these roller shoe things which are sneakers with roller skates in them and from my thinking, ranked alongside high heels in terms of bush walking attire but she proved me wrong.

Who doesn’t love to climb a tree?

With dreadfully cold, stormy and no doubt rainy conditions forecast at least for the next few days, Geoff thought we should make the most of the sunny blue skies and warmth while it lasted and see what we could find.

Even though it’s Winter, spotting some wildflowers came to mind and also taking in some of the scenic coastal views. 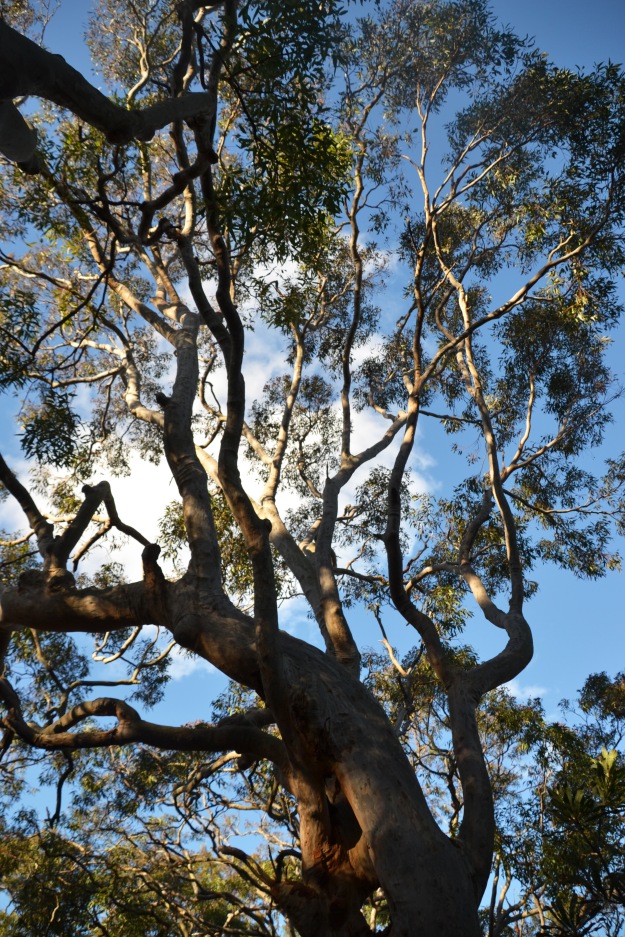 In awe of the soaring gum trees.

However, even though the kids do Scouts, it’s been awhile since we’ve bush walked and needing an easy trail, we were a bit stumped. I remembered seeing good views and wildflowers over on the road to Patonga. That was our general direction and we pulled over at the water tank on the way with very faded memories of a bush trail. 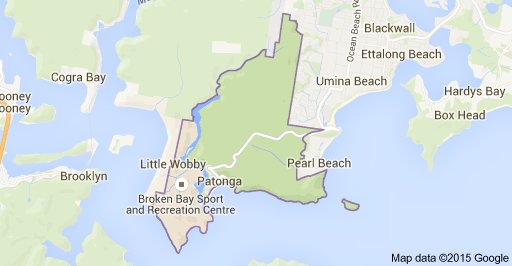 We were walking in the hills above Pearl Beach on the way to Patonga. We are across the water from Sydney’s Palm Beach and about 2 hour’s drive North of the Sydney CBD.

Forgive us Father, we have sinned. It has been at least 11 years since we have done this bush walk and when we see the spectacular views and what we chanced across, it is indeed a sin not to be making the most of the incredibly stunning places right on our doorstep. We don’t have to spend a cent to get there. Well, just the petrol but it’s nothing like an International flight, is it? So easy to hanker after somewhere else and totally miss the treasures parked right under your very own nose. 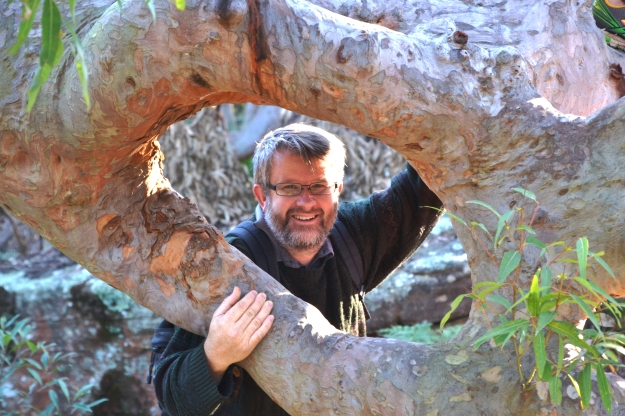 Our bush walk begins at a huge old water tower parked on top of Mt Ettalong, about an hour North of Sydney and perched over Pearl Beach. It’s not a long walk and it has a clear designated path, not without it’s hazards and two official lookouts and various meanderings along the way. To be honest, we found it virtually impossible to stick to the trail as we were drawn off-track by wildflowers, views and incredible surprises. No, we didn’t see any kangaroos or koalas but there were other “personalities” to be found.

We’re perched on top of quite a hill and the gum trees with their undulating, twisting branches form a towering canopy overhead and I feel about the size of an ant as my footsteps crunch the leaf-litter underfoot and a musty eucalyptus scent fills the air. We heard the distant crashing of the waves down below and although we can’t see the Rainbow Lorrikeets, we can certainly hear them all the way from Pearl Beach. They’re having a very animated conversation. 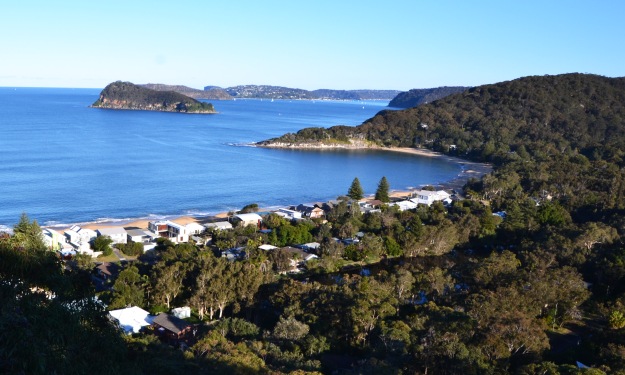 We wander off the trail to a cliff lookout and I remember why we haven’t been hear for around 11 years. This is not the sort of place you bring young kids who love to run off and potentially over-explore the view. Too many cliffs, in other words.

Kookaburra sits on the old gum tree. They might look cute and sound hilarious but they have the last laugh once they’ve snatched the snags off your BBQ!

Although we thought we might find a few wildflowers and of course the birds, we didn’t have great expectations about seeing anything out of the ordinary. While there are some wild kangaroos or wallabies in the area, you very rarely see them and there aren’t any koalas around as far as I know but after what we saw yesterday, I might have to revise that.

What’s that hiding in the undergrowth???

We found echidnas on our walk. I am 45 years old and I’ve seen a bit of Australia and the Australian bush and I’m pretty sure the only other time I’ve ever seen echidnas was on a trip to Tasmania in 2005. That’s ten years ago.

Mister bravely patting a wild echidna. Watch out for those spines!

So, you can forgive me for my skepticism when one or both of the kids shots out that they’ve seen an echidna. It’s like saying they’ve found fairies but much to my surprise, they were right. We ended up finding 3-5 echidnas all up. While we did see one scuttling through the bush after the camera battery had gone flat, they’d actually curled up under a bush with their spines sticking out like some wacky spiky plant and we were able to pat them. Wow. Talk about amazing. That sort of experience, being a real live David Attenborough, makes your heart pitter-patter!!

However, after a whale hoax, I was again sceptical when Mister called out that he’d found a lyrebird. these aren’ exactly rare but I’ve never seen one of them before although we have heard one.

We also had a bit of humour when we found a gumtree “bleeding” thick, red sap. When Geoff was a kid, he covered himself with the red sap and like so many Aussie kids, said he’s “cut himself”…a great prank!

Bleeding bark on a gum tree.

Peering through the bush, we also spotted the home front and it was quite intriguing to see “our beach” from this new and fairly elevated perspective. We have a huge Norfolk Pine tree in our front yard and we did try to pick it out in the distance without success. 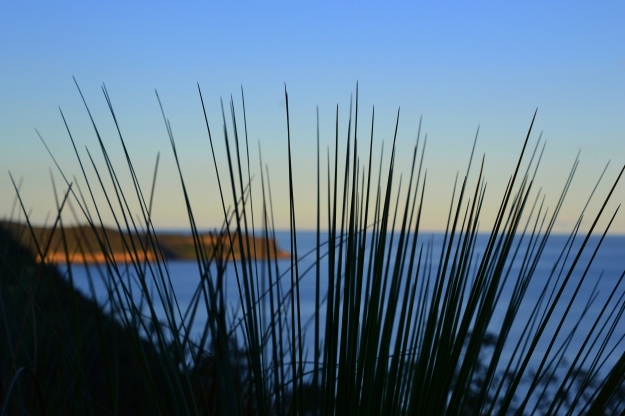 Can you guess you fancied me for dinner? Found it groaning with terrible tummy ache on the bathroom floor. Thought it needed a bit of a make-over for publication!

So, after stumbling upon so much beauty, the four explorers headed home determine to undertake further journeys to see what other surprises are right on our doorstep.

Have you explored your local area? What have been some of your favourite finds and please share a post or two about your adventures!
xx Rowena

29 thoughts on “Bushwalking Through the Lens: Australian Style.”