I watch the tourist bride & groom

snap-frozen for the camera.

Smiling in the shadow of

Thrown into the spotlight,

try on their celebrity smiles:

bride and groom for one day.

Married for a life time.

straight in my face.

that I can almost smell its breath.

It slaps me hard on both cheeks,

If I were a kite, 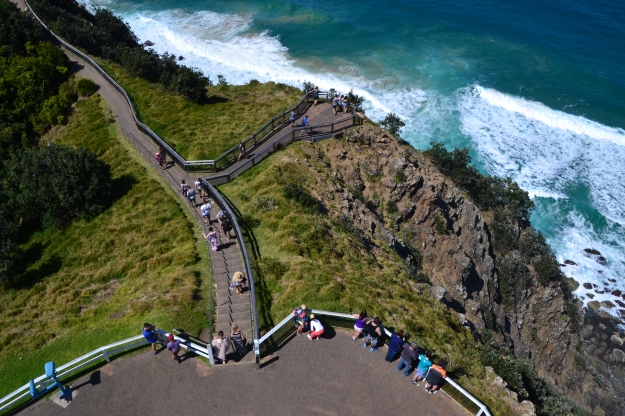 The bride & groom who inspired this poem were posing for photos from this lookout. Providing a stunning ocean backdrop, they also balanced precariously above these steep, jagged plunge into the rough surf.

on the edge of the abyss,

the lookout giving way to the sea.

are no stranger to these

Following a change in the guard,

a Northerly blows through

too fast for a grasping hand

through the air with such grace,

it comes to rest in the surf

where there is no peace.

Just the savagery of the brutal sea.

She stares through tears

at her diamond ring,

which has suddenly lost

so much of its sparkle.

but deep in her heart

she fears the winds of fate 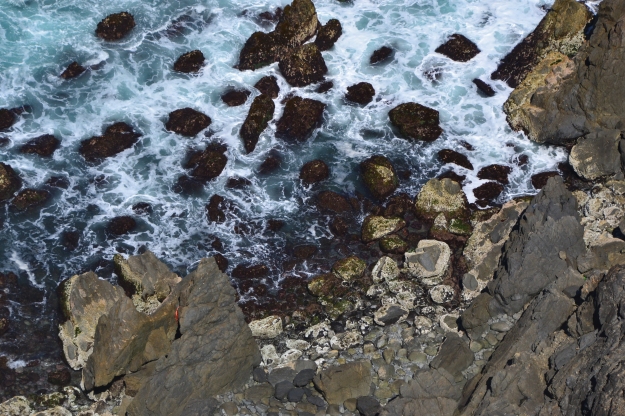 The rocks at the base of the lookout.

How can it be

that even our loftiest dreams

can crash so quickly,

broken by the waves? 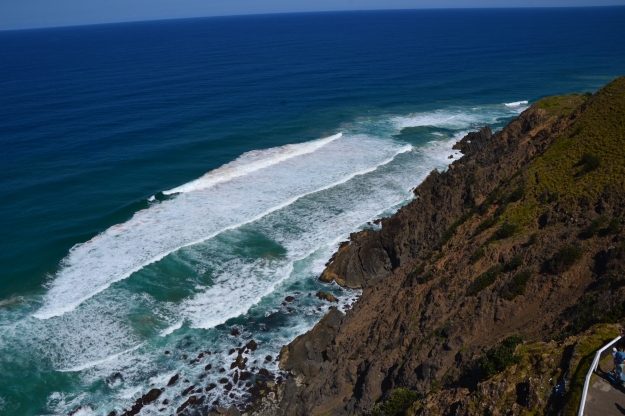 I started writing this poem while watching a Japanese bride and groom posing for their wedding photos at the lookout. Geoff and the kids were walking down to signposted Most Easterly Point in Australia and onto the beach down below, which was too much of a walk for me. They also had the camera. They were gone for about an hour, giving me plenty of time to watch and absorb the waves ferociously crashing on the waves down below. You really feel the strength and power of the mighty Pacific Ocean here and the waves are huge, powerful, incredibly beautiful but also unforgiving.

I ended up watching this bride and groom posing for their photos for some time. They clearly weren’t feeling comfortable, like so many bride and grooms. They spend there big day being photo models without any preparation or training. Being an extrovert myself, I’ve always loved having my photo taken and have my photo face. People tell me that I look a lot better in photos. However, that didn’t mean I didn’t feel some compassion for this poor bride and groom being tortured by their photographer.

I was standing quite a distance away and from where I was standing, I saw most of the steep escarpment behind them, which became quite an allegoryt for the ruggedness of real life after the wedding is over. Sure, it’s not all hard work but it’s not a fairytale wrapped up in lace and rose petals either.

The bride’s veil didn’t fly away but I could help imagining how that would look with the veil leaping over the edge and spiralling towards its death in the surf.

How would you feel as a bride if your veil flew away like that? I couldn’t help but feel a little superstitious, despite my Christian beliefs. Brides can be very anxious creatures and any sign of trouble becomes magnified and instantly catastrophised.

However, my husband, who is more pragmatic, said what would it matter if the veil flew away after the wedding? It’s done its job.

Anyway, any insights would be much appreciated.Do you have any wedding disasters to share? 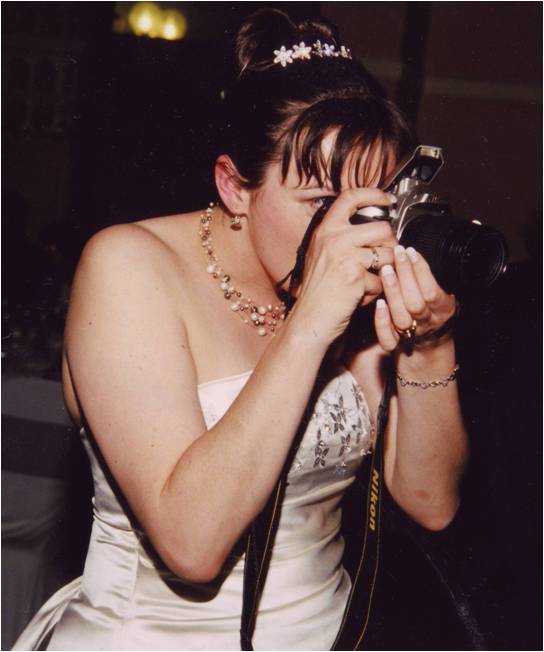 The Photographer Bride: taking photos at my own wedding. Totally incorrigible.

16 thoughts on “Poem: Beyond the Veil”