Sorry, about jumping out of your box of Weetbix. With all of Paris hunting me down both through the streets and underground, it was the only place I could find that was safe.

Somehow, the word’s got out:

Believe me! There’s such a thing as too much love.

It’s not much fun being a wanted man.

As much as I was happy being left in peace, being a legend in death is rather strange and I needed to speak: 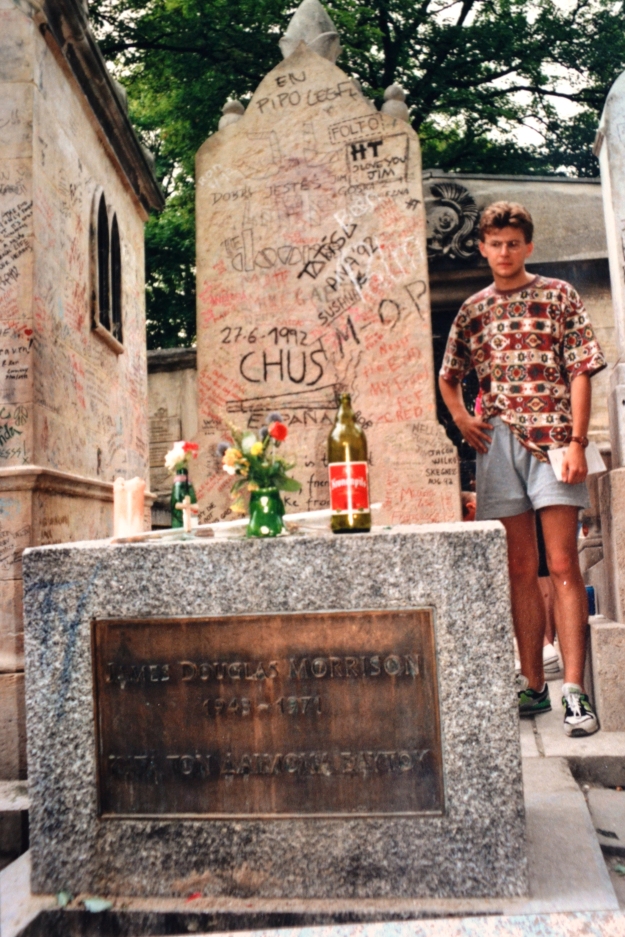 His grave became a shrine.

Why do they keep coming here?

This isn’t my home.

but a lump of stone.

We only have one life.

So, why don’t they live it?

PS: The doors of perception open, when you look through the eyes of your heart!

Much to my surprise, this letter from Jim Morrison fell out of my box of Weetbix this morning.

Last night, all hell broke loose on the streets of Paris, and even underground. Jimmy was a hunted man. Somehow, the very simple letter I’d left at his grave, launched these explosive headlines right across the Net:

What had I done?

I went home.  Left the hoards to themselves. It seems even in death, infamy still has its price.

So, after not so much as a peek or a creak from Jim, I decided that Jim was done with this world. There would be no reply.

I was very surprised.

Interesting how someone who had a strange life and an ever stranger more mysterious death, still remains such an enigma. I should have known a simple letter was never going to unravel the mystery. Indeed, I might even be more confused!

By the way, do you have a favourite song by The Doors and have you even been to James Morrison’s grave?

PS: These “doors of perception”, have come to intrigue me. Now, all I need is the key!

You can read my letter to Jim Morrison Here.