This weekend I’d like to invite you around to join me for  William Shakespeare’s 400 Death Day Party. Since I doubt Shakespeare was much of a coffee drinker, we’ll be having tea served in my Shelley tea cups with generous slabs of birthday cake…along with Tim Tams. No doubt Shakespeare would approve! 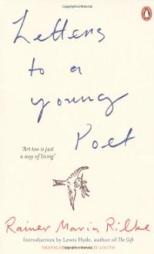 For those of you not embroiled in the Blogging A-Z April Challenge, we only have six more sleeps til the grand finale next Saturday when our all stops journey through the alphabet finally comes to an end for another year. My theme this year is Writing Letters to Dead Poets. This has become quite a philosophical journey as I ask them about the nature of happiness, the role of suffering, advice for young poets and a love of the natural world. My ignorance has been growing my the day!

Since starting Letters to Dead Poets, I’ve retreated into my cave and switched off from the outside world as much as is possible being married with two kids on school holidays and two dogs desperate for walks at the beach. Indeed, I’ve just returned with two pooped pooches from the beach. Nothing like chasing the ball and running round with other dogs. Heaven help me if I show any sign of going out! I was lucky not to be wiped out in the stampede.

On Friday night Geoff and I went out for dinner at a Mexican restaurant on the local waterfront. The kids were staying with my parents for a few days and it was great to be able to kick back and converse. After not leaving the house for a few days immersed in my writing, I also needed to be pulled away. Do something else. Look beyond the screen and the four walls around me.

Walking back to the car, we were stopped in our tracks. A huge cloudy galleon hovered   over the beach, silhouetted by the full moon. Mesmerised, we stared in awe and dashed home to get the camera and tripod.  By the time we came back, the clouds had changed and weren’t quite as breathtaking but the photos were still impressive. Geoff took most of them. He is much more technically adept than me and also has a excellent eye. We are both keen amateurs.

We also spotted this very ambitious spider building its web across our backyard by night. It’s been dubbed “Bob the Builder” and “Luke Skywalker”.

I guess you could say things have been quiet when photographing spiders is one of the highlights of the week. That is aside from writing.

Tomorrow , will be ANZAC Day here in Australia. The 25th April commemorates the landing of Australian and New Zealand troops at Gallipoli, Turkey, during WWI. Geoff’s Great Uncle served at Gallipoli and his mother’s cousin served at Kokoda. The kids will be marching locally with their Scout Troop.

How has your week been? I hope things have gone well.

The Weekend Coffee Share is hosted by Part Time Monster and I encourage you to pop over for a cuppa via   the “Linkup Linky“.