How are you? I hope you don’t mind being beamed into the 21st Century. Knowing how much hated industrialization, you might want to go straight back. I doubt you’ll feel that things have changed for the better.

Still, the world is still so full of beauty. Such joy!

After all these years, I wanted to let you know how much I have always loved your poem: I Wandered Lonely As A Cloud.

I must confess that I’m writing this letter late at night while my husband is asleep. If he found out I was writing to you as the latest in my series of Letters to Dead Poets, he’d be chasing you with his lawn mower. 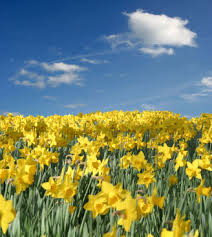 You see, while the rest of the known universe marvels at your endless sea of blooming daffodils, he wants to mow straight over the top of them.

“Daffodils do not belong in lawns. They should be in garden beds.”

As far as he’s concerned, planting daffodils in the lawn is akin to anarchy…even treason! Indeed, if he had his way, it’s either plant them in a garden bed or it’s: “off with their heads!”

Naturally, we don’t have ANY daffodils in our lawn and he doesn’t even need to stick up a sign: NO DAFFODILS ALLOWED or DAFFODILS PARK HERE!

Believe me, I KNOW!!

So, this Spring, I am finally going to see my fields of daffodils. We’re going to visit the village of Rydal in the Blue Mountains about 2 hours West of Sydney, which was named as a tribute to your home town. Every year, they hold Daffodils at  Rydal on the second and third weekends in September. I am finally going to have my field of Wordworth’s daffodils!

As much as I might have portrayed my husband mower-mania sounds like a scene from Monty Python’s The Meaning of Life, I’m actually surprised my husband even knows what a lawn mower is. As soon as our son was old enough to walk, it became his job. Such a pity that plastic mower couldn’t cut the grass!

Mind you, I can’t talk. I’ve never used a mower in my life and don’t plan to start mowing now either. I still remember my mother deriding our dreadful neighbour who “let his wife mow the lawn”. That’s not why I don’t mow the lawn but once you start, you can’t stop. Ignorance is best!

By the way, speaking of Monty Python, my father has always been a doppelganger for comedian John Cleese. People used to come up to us and say: “Nudge! Nudge! Wink! Wink! Say no more!” However, as far as backyard mower maniacs were concerned, my Dad passed straight under the radar. He was brewing.

Meanwhile, the neighbour across the road, a backyard Adonais, mowed the lawn in his Speedos. Considering we lived in the country at least 2 hours drive from the nearest beach, even as a 10 year old it seemed peculiar. Yet, as Skyhooks belted out:  We’re Living in the 70’s! I don’t want to shock your sensibilities entirely but in hindsight, we should be thankful he wore anything at all. That was also the 70s! 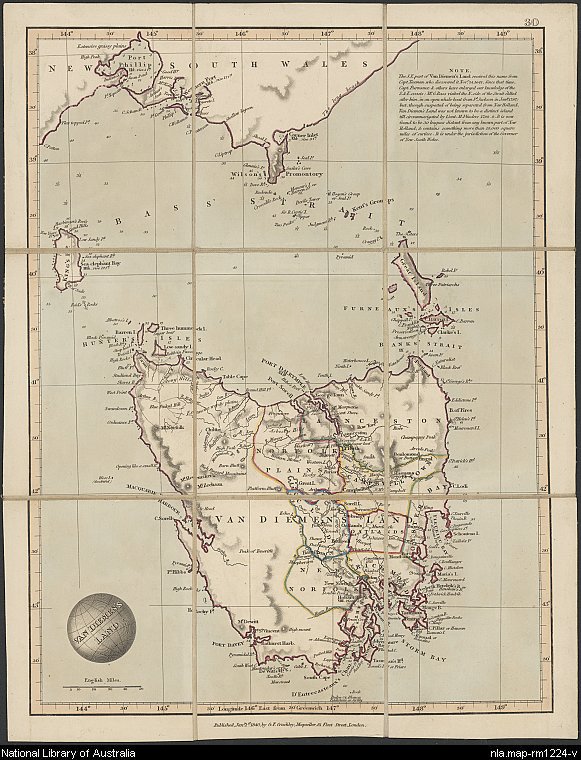 Meanwhile, my husband was growing up in rural Tasmania, which you’d probably know better as “Van Dieman’s Land”. Fortunately, transportation ended so instead of being a convict retreat, tourists now pay to visit the “Apple Isle” instead. 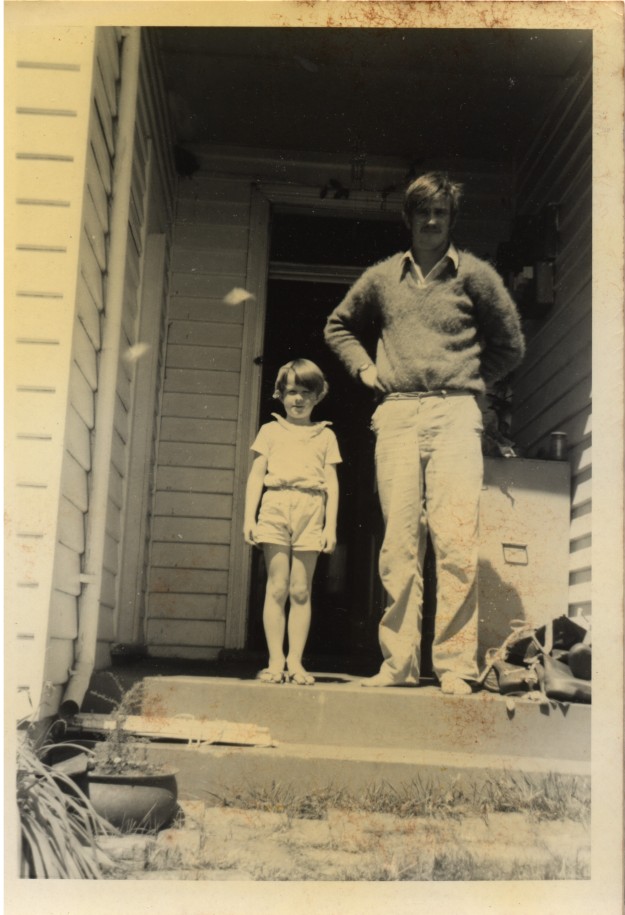 Geoff grew up on a ten acre farm on the outskirts of Scottsdale in North-eastern Tasmania where they supplemented the family income milking cows and selling milk. Being a lot younger than his siblings, Geoff missed out on the joys of milking, but NOT on the pleasure of mowing. 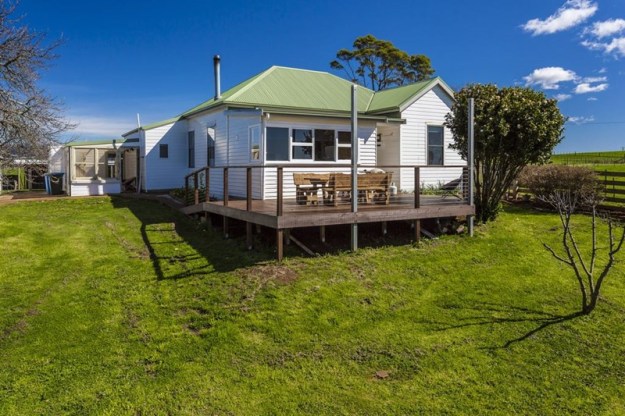 Inspired by your poem, my mother-in-law had planted daffodils bulbs throughout the lawn, which inevitably sprouted and flowered each Spring, along with the familiar rant: “Geoffrey! Don’t mow over the daffodils!!”

My husband still can’t love daffodils. Through her great love, she ultimately destroyed his. 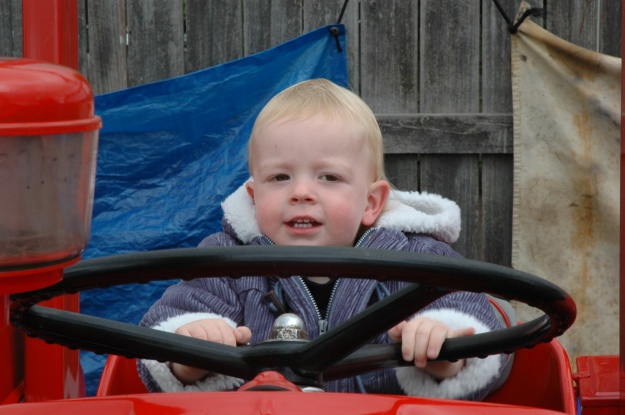 While, my husband was going into battle with his mother and hiding all those poor decapitated “daffs”, I was misty-eyed learning your poem at school. I was a pimply-faced teenager thinking about meeting up with boys at the station after school and what was going to happen on the weekend, while still regurgitating the happenings of the previous weekend. Yet, I read in awe.  In a sense your daffodils were only flowers, and yet they weren’t. You magically brought them to life as their heads bobbed up and down in the sun, chatting about their own weekends, no doubt!

However, I not only loved your fields of daffodils, I also wandered lonely as a cloud…not all the time but often enough.

Strangely as much as it’s a thrill to be young, it can also be a difficult and perplexing time where we’re struggling to find our own feet. Indeed, going through huge growth spurts and hormone infusions, we’re probably more likely to fall over both feet, landing in a screaming heap. That is, rather than stepping straight onto our own Yellow Brick Road…an expressway straight to Happiness and the perfect life. (Of course, as teenagers we didn’t know all that was a myth…the Australian or American Dream. Instead, we assumed it was our birthright and complained when the dream went sour.) 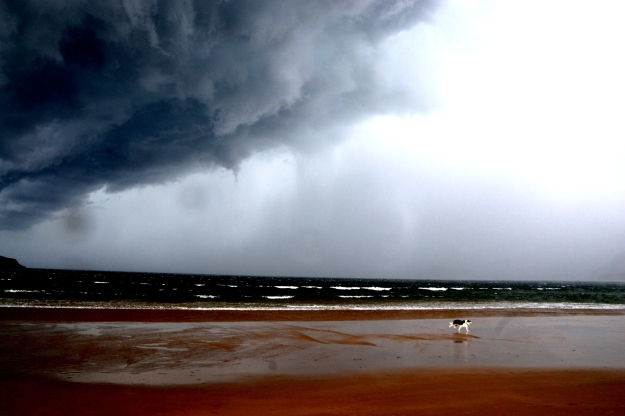 Alone in the Storm- Rowena Newton.

Mr Wordsworth, thank you for translating those dark, nebulous feelings into such a stark, graphic image which we lost sheep can immediately understand, grasp and adopt as our own. Moreover, knowing that you had also “wandered lonely as a cloud”, we knew we weren’t alone. In hindsight,  this is possibly the very first step to feeling better. We’re not such a victim anymore. After all, we’re no longer “the only one”.

Naturally, like so many other young people, I also found myself wandering as lonely as a cloud…misunderstood, under-appreciated and ALONE. You gave this inner loneliness a voice. You knew that weird sense of loneliness and difference, which you can experience even in the midst of a crowd. That sense of beating to a different drum, even when you’re in your group or hanging out with your mates. You knew what it was like to be that lone cloud drifting over that expanse of daffodils, knowing a different voice is calling you. Naturally, it helps us knowing that you found your way, becoming Poet Laureate. We just need to persevere. Keep walking.  Never give up!

That said, it isn’t easy when the tears start falling, especially in a field of glorious daffodils when everybody else is smiling.

That might not have been what you meant by your poem. Maybe, it was. However, ultimately the writer lets go and hands it over to the reader. Not a blank canvas but a printed page with those lines in between to allow our  own interpretation. 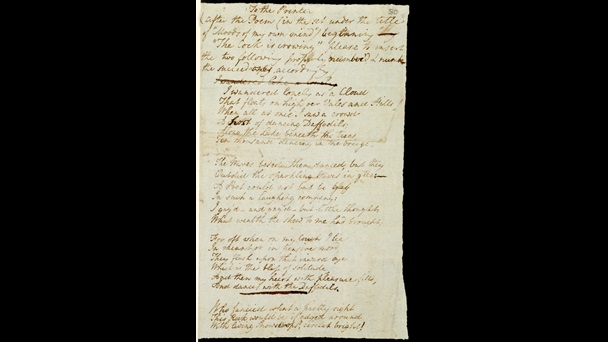 Ideas can be like stepping stones. You keep bouncing from thought to thought to thought and can ultimately end up at a very different place to where you started out. That’s not to say that your interpretation is wrong. That’s simply what happens when you let your mind off its leash. Let it wander free range without restraints. After all, we were never meant to have “Battery Brains” and were designed to be free range!

Thankfully, I no longer wander lonely as a cloud. While for some people, your school days can be the best time in your life, for so many of us, leaving school is the beginning. We discover that we’re not alone and find the world is filled with kindred spirits. That you don’t have to go with the flow. Indeed, you can even swim against the flow and belong to an alternative school of thought and no one’s going to shout out: “Off with your head!”. Unfortunately, so many people never know that freedom, even when it’s waiting right on their very own doorstep, while others heroically die in the fight.

Anyway, I’d better keep moving. I know you’re not big on trains and industrialisation but it’s getting me from A-Z and my journey’s about to come to an end. 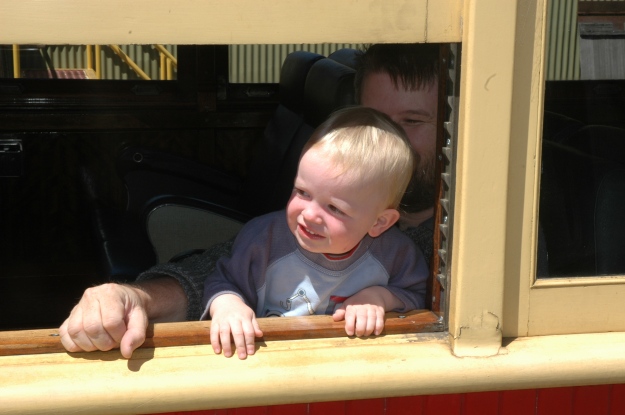 You could say that train left a long time ago but I had to put it in.

It’s been an absolute pleasure to meet you.