If we were having coffee today, I’d be offering you a Cornish Pasty to go with your beverage of choice. Given the number of guests I usually have for my weekend coffee shares, I might have to make them a bit smaller so there’s enough to go around.

Have you ever tried Cornish Pasties? I must admit that I had to tell both my kids that they don’t contain corn and hail from Cornwell in England. However, our Cornish Pasty is better known as the “Curley” and hails from Scottsdale in NE Tasmania where my husband grew up. 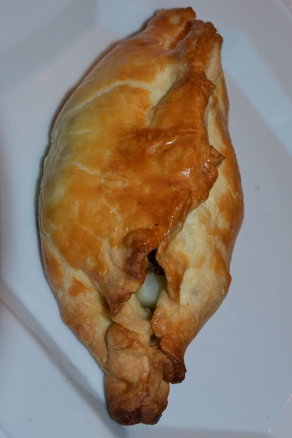 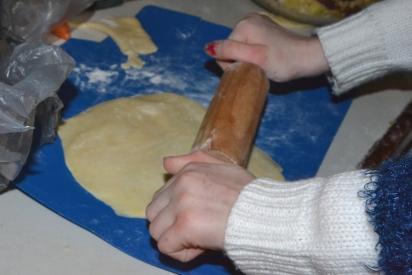 We’re still fully engrossed in Masterchef here and after hearing so much about recreating your childhood memories on the plate, I decided to try to make Geoff his much loved Curley. This act of love was by no means an easy feat because I only tried the Curley a couple of times 10 years ago so I have no idea what it was like. Moreover, unlike my husband, I’m not a Cornish Pasty connoisseur and fusspot of the highest order, which made recreating the Curley pretty difficult. So, after reading a few recipes and seeing Jamie Oliver shot up in flames for not sticking to the original ingredients, I opted to go with this Traditional Cornish Pasty Recipe All went well aside from being ready at 10pm and needing to cook a quick second dinner. I also ended up with a lot of extra filling and still had some left over after making a second batch of pastry. Despite the late finish time, my husband gave my Curley his royal seal of approval, although the original had more pepper and a soft pastry. This pastry had a lovely crunch. Our daughter loved hers the next night, which is a serious endorsement as she is the fussiest eater I’ve ever met. Our son found his pastry too salty. When it comes to food, my kids have incredibly sensitive palates reminding me of The Princess and the Pea!

Needless to say, Curley will be back on the menu very soon and I’m looking at making an authentic Australian Pasty…especially as anything made outside Cornwell isn’t supposed to be a Cornish Pasty, even if it’s made by people of Cornish descent. I suspect there was an influx of Cornish immigrants into NE Tasmania looking at place names such as Launceston, Devonport and the River Tamar. Indeed, my husband’s grandmother had Cornish ancestry and was descended from Francis French from Pelynt, Cornwall who arrived in Hobart Town  on the 23 August 1831.That family was huge and populated much of Northern Tasmania.

Last Monday, was a Public Holiday in Australia celebrating the Queen’s Birthday. While she didn’t invite us to cross the high seas and join her at Buckingham Palace for High Tea, Geoff and the kids had a day off. Well, our son had a sort of day off. A friend of ours is going through her psychology registration and needed a guinea pig to sit through a supervised IQ test. These tests can be very helpful so I jumped at the opportunity which found his sister and I checking out a nearby surf beach and going out for a scrumptious lunch of corn fritters and fresh Belgian Waffles with caramel syrup and ice cream while he toiled away indoors. Meanwhile, Geoff caught up with her husband, who is his best mate, best man at our wedding. So, you have to agree, our son drew the short straw which enabled the rest of us to have a great day. We will be making it up to him. 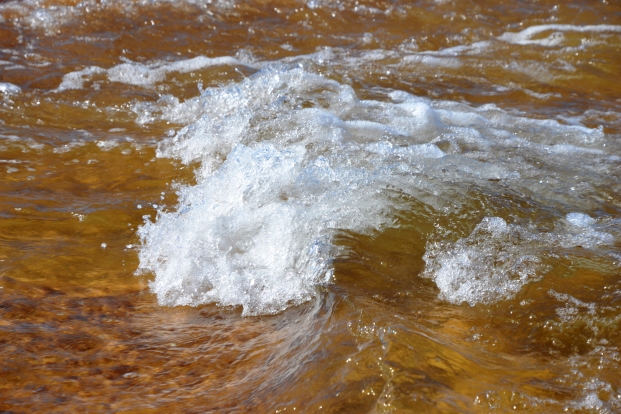 I was really stoked with the photos I was taking of the roaring surf crashing into the beach with such vengeance. It’s been awhile since I’ve been to Wamberal Beach near Terrigal on the NSW Central Coast but we’d had nasty storms and reports of dangerous surf. Indeed, like Colloroy Beach in Sydney which saw a backyard swimming pool fall into the waves, a strip of homes in Wamberal is also seriously under threat. While I was taking the photos, I turned on the flash to freeze the waves in their tracks and captured some really dramatic effects. I was stoked…especially with my best ever photograph of a surfer.

However, while it’s all very well sharing about what’s been going on in my own little bubble, the Orlando Massacre is on my mind. Firstly, I’d like to express my heartfelt condolences to their families and loved ones and then I’d like to express my anger and wrath towards the gunman and the US gun laws. I’ve never been to America but I certainly get the impression that guns are everywhere and that it’s almost a case of getting a gun thrown in with your McHappy Meal.

I would like to urge Americans to finally take a stand against such prolific gun ownership and learn from our Australian experience.

Australia dramatically tightened our gun laws following the heinous 1996 Port Arthur massacre where the gunman brutally and rapidly murdered 35 people and injured 23 others using semi-automatic rifles. Prime Minister John Howard, supported by Walter Mikac who’d lost his wife and two young daughters in the attack, crusaded to get all the Australian states onboard and heavily restrict the legal ownership and use of self-loading rifles, self-loading shotguns, and heavily tightened controls on their legal use by recreational shooters. The government initiated a “buy-back” scheme and some 643,000 firearms were handed in at a cost of $350 million.

I really admire then Prime Minister John Howard for taking this stand, which wasn’t without serious risks. He received death threats and faced intense hostility.  Meanwhile, Walter Mikac founded  The Alannah and Madeline Foundation which supports child victims of violence and runs a national anti-bullying programme.It was launched by the Prime Minister on the first anniversary of the massacre.

The Australian experience shows that it can be done. Indeed, this story from NBC News written a year ago in 2015,  turns to the Australian response for inspiration. Australia too has it’s gun lobby but politicians and the community need to decide what is more important…the right to bear arms or the right to life. For me, it’s a no brainer.

So, while I enjoy catching up for a good social chit chat, getting together for coffee has also been about reflecting on the state of our world, the need for change and somehow turning thought into action. That’s a challenge for me personally but I do hope that through writing and raising awareness, that can somehow become a form of action.

I hope you have personally had a good week and that the week ahead goes well for you too. After researching the Port Arthur Massacre and the news from Orlando, I’m reminded how fragile life is and that we need to hold our loved ones close and never allow water to flow under the bridge, building division, fracturing relationships and bringing hurt. We need to love.

Love & blessings to you all!