Unfortunately, we missed it, but the concert was televised ABC TV on Sunday night and we were all parked in front of the TV reminiscing with Neil Finn and the band. Indeed, they were playing in our very own lounge room. Weren’t we lucky!! 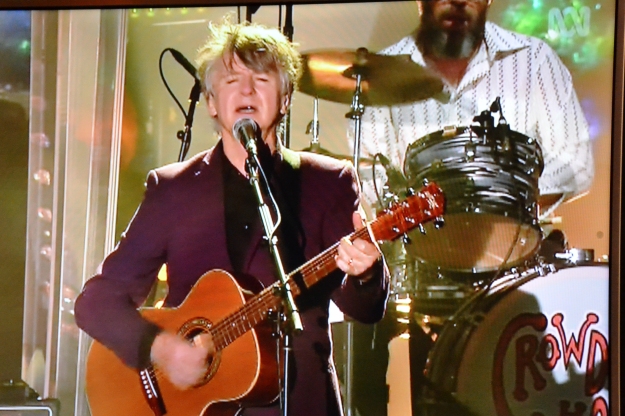 In case you haven’t heard of Crowded House, it’s an Australian rock band. It was formed in 1985 by  New Zealander Neil Finn and Australians Paul Hester and Nick Seymour. They were later joined by Neil’s older brother, Tim Finn. Both Neil and Tim Finn hailed from Split Enz.

To be perfectly honest, I’m not a band person and there have never been any bands I’ve hero worshipped, longing for their next album. However, there were favourite songs, which I’ll never forget, but you probably need to be 40 something or over to know any of these.That said, I can mention Electric Blue by Icehouse without embarrassing myself.

Anyway, getting back to Crowded House…

I got quite a rush hearing many of the old Crowded House songs again. Not that I could’ve picked them as Crowded House. Yet, the songs were very familiar like running into an old friend. Crowded House was always there.

Actually, I’m quite grateful that I’ve had this opportunity to reconnect with Crowded House now and intend to buy their CD. Well, at least a CD. No doubt, they’ve put out more than one. It will be joining me in the car. I do a lot of driving!

So, having confessed that I’m anything but a Crowded House expert, I’m obviously breaking the most fundamental rule of writing… writing about something I know very little about. While I understand that this could be my undoing given there are  obsessive fans who know each and every hair on their heads.

However, there can also be a different kind of story. More of a getting to know you, dipping my little toe into the waters and sharing the journey kind of story. Moreover, while many people would be interested in pulling their music apart , I found myself watching and absorbing the band as people.There was something intangible about each of them which really touched me.  They all came across as really interesting, warm and genuine people with a very strong sense of something like a cross between empathy and compassion. I’d really like to sit on a beach watching the moon rise listening to these guys talk. Not about the band, being in a band or being a star but to hear their philosophical observations of life. I could sense wisdom, which isn’t a trait I usually attribute to band members but it was there. I know it was there.

So I wasn’t really surprised when I came across these quotes from Neil Finn:

“I try to put myself into unusual and difficult situations as often as I can in order to capture the element of struggle in the music.” 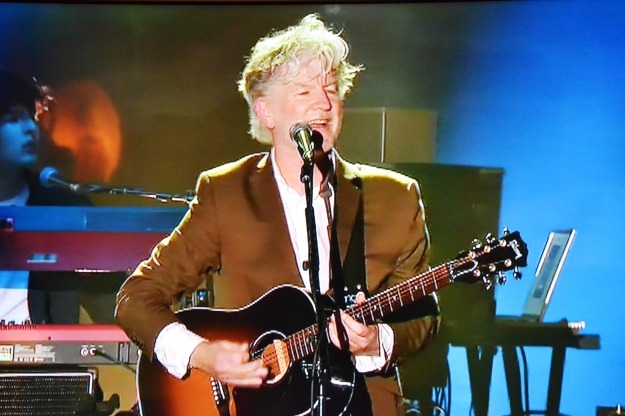 Tim Finn…you could really tell he was having a blast!

There were also some poignant quotes from his older brother, Tim Finn:

“Weave me a rope that will pull me through these impossible times.”

“I’m a live performer and I love playing live.”

Anyway, on that note I’ll leave you with a few songs:

Crowded House, Something So Strong.

Crowded House: Four Seasons in One Day.
Do you have a favourite Crowded House song? What is it?
I find it hard to pick out of these three.
xx Rowena 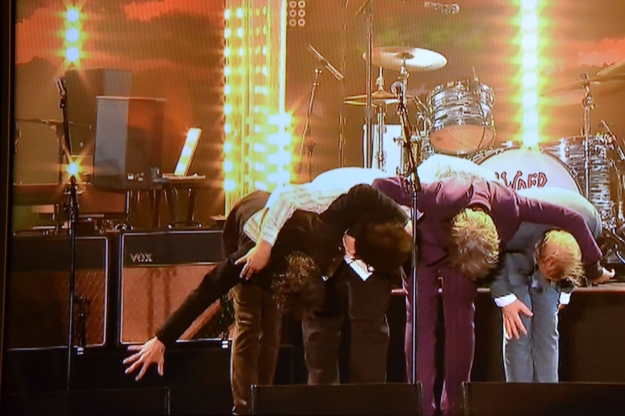