Quite frankly, I think the dog’s got the right idea. He’s lying on the floor beside me with his paws twitching in the air, evidently having a wonderful dream. I spoilt his other half yesterday. I spotted a very posh dog leash at the charity shop…a string of pearls with gold bling. Lady would look quite the part if she wasn’t such a scruffian and I hope she doesn’t roll around in dead stench while strutting her stuff.

We’ve had a big week. 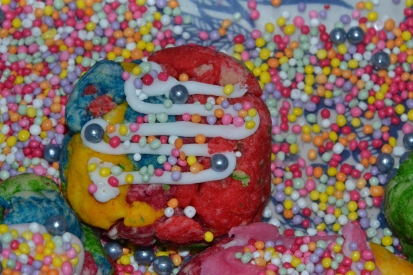 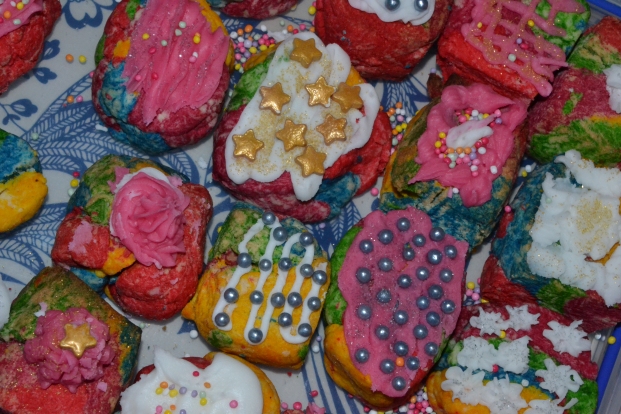 Friday, as my daughter’s birthday. While we’ve put off her party until after “the test”, we still had festivities. It’s customary here for kids to take cupcakes in for their birthdays for the class. My daughter had found these uber-colourful rainbow cookies called “Unicorn Poop” on YouTube.  While seriously aghast at the “intense” colours and all that entailed, I was also concerned with her trying to make an American recipe for the first time for a special occasion. My mother hasn’t given me heaps of baking advice that I’ve taken to heart. However, she says you never make something for the first time for something special. I thought this advice went double when the recipe was in “American” and we had to translate the lingo and measurements. We opted instead for an English variation. With the end product looking like very pretty rocks, I not so subtly suggested she also makes cupcakes. Turned out that the biscuits weren’t as hard as they looked. She meticulously and artistically iced and decorated them and had a hit. 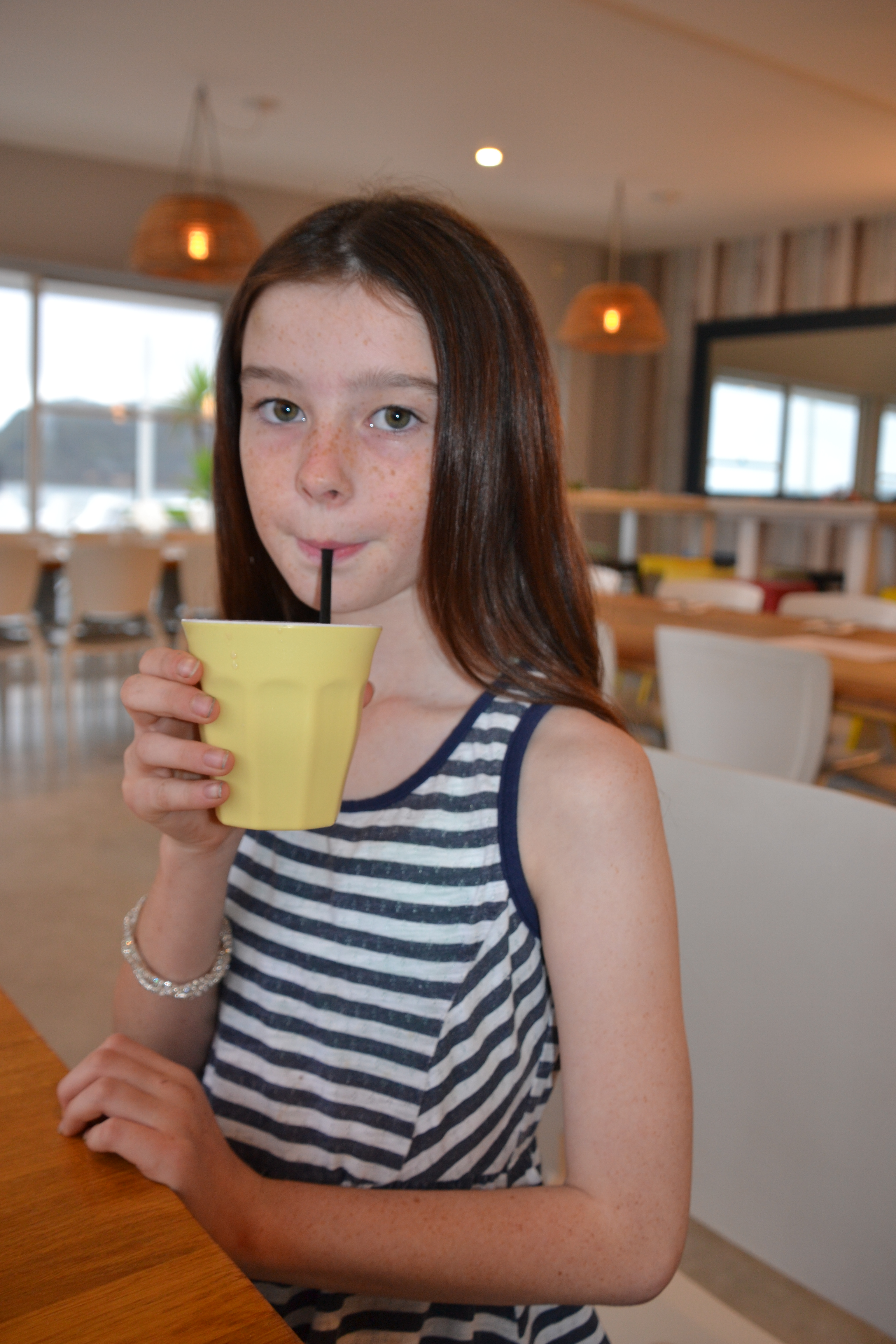 Last night, my parents came over and we all went out for dinner. It was the first time my Mum’s come over since her back went out last year and it was so good to see them up here. While we went out for dinner, we came back here for rainbow birthday cake and we shared some of our Tasmanian treats with them. That was so much fun and very yum!

Quite aside from my daughter’s birthday, much of my head space and time has been taken up with getting her prepared for the selective schools’ test, which will be held 9th March…only about 10 days away. Our daughter is in a selective primary school class and just from the perspective of staying with her friends, the test is at the very least an issue. I don’t believe in hot-housing kids and yet there’s that pressure, that anxiety, that not knowing. Believe me. It’s tempting to get all caught up in the panic/fear and throw all “distractions” aside and treat my daughter as a widget passing along an assembly line. So what about nurturing and developing the whole child?

I am hoping that we’ve trod the middle ground  and have done enough while staying somewhat sane. She’s been doing a bit of tutoring and some work at home but has still kept up with her dance and violin.

Strangely, the rest of the known world is not revolving around “the test”. Our State MP developed serious cancer and had to resign. This means we have a local by-election. I have to admit that I wasn’t enthralled with all the hoopla that entails, especially as we’re a marginal seat and experience what could best be described as an “Election Blitz”. You can share my shot at humour  here: Oh no! Not Another Election! 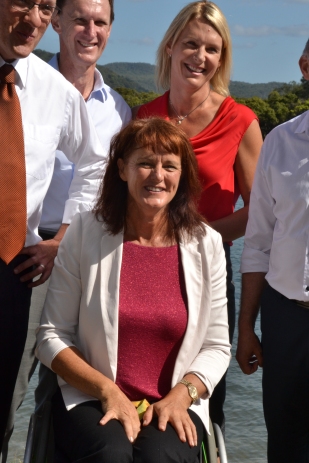 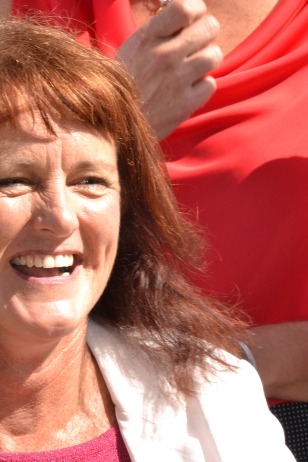 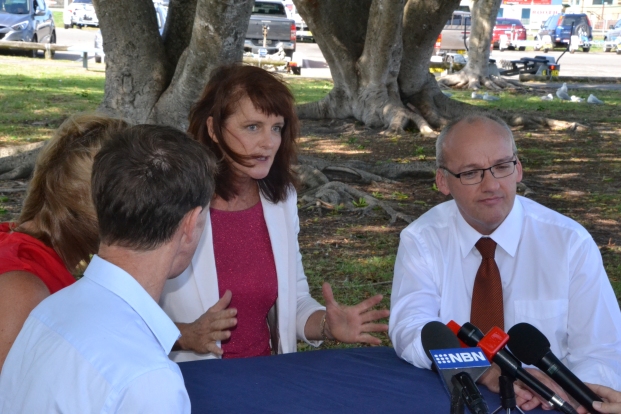 You know how hard it can be keeping the blog up with real life. Well, before writing about my frustrations with the political process, I’d actually found out that a friend and much valued role model, Liesl Tesch, is running as the local Labor Party candidate. That was quite a surprise and quite a thrill. Liesl is a Paralympic gold medalist and like me, juggles disability with movement and she showed me how you can use equipment as an enabler. Liesl teaches at our local High School and rides her bicycle to work but uses a wheelchair during the day and then cycles home. I first met her as the guest speaker at the International Women’s Day March and she was wheeling along the main street in her chair. However, when I next met her talking to our scout troop, she was standing and on her feet. That was good for me to see, because there are times when I could use a wheelchair to boost my accessibility and yet I’ve only done it once attending the Sydney Opera House.

I attended Liesl’s campaign launch on Friday morning. That was an eye-opener as it was more of a press conference. It felt quite strange seeing the political juggernaut back in town and I’ll leave it at that.

Meanwhile, I’m still following up from our trip to Tasmania. I don’t know whether I mentioned that I’ve told Geoff that he’s related to all of North Tasmania. He disagreed with me and it’s become a bit of a running joke. However, I’ve worked out that James Newton the convict I’ve been researching, had around 30 grandchildren and I’ve recognized quite a few names from the trip. It seems the degrees of separation get pretty tight down there historically speaking. Yet, many descendants have moved to the Mainland. So, it seems they could be infiltrating our ranks.

Well, on that note, I’ll head off. 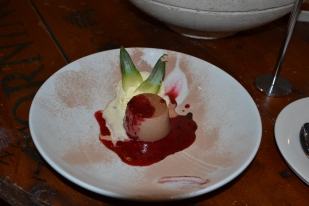 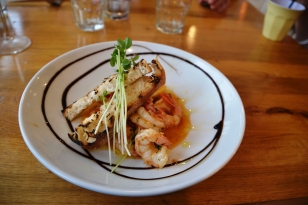 I just realized that I’ve been a dreadful host and haven’t offered you anything to eat or drink and haven’t even asked how you’ve been or what you’ve been up to. My sincere apologies and I really didn’t mean to yawn at you then either. It looks like I’ve become so chilled today, that I’ve almost passed out.

So, how was your week? I hope you’ve had a good one.

This has been part of the Weekend Coffee Share and you can click here for the link-up.