Tonight, I’d like to offer you what we Australians call a “rubber duckie”, an umbrella and a good waterproof torch. A rubber duckie? That’s an inflatable boat and if it rains too much more, you might be needing it to reach my place. 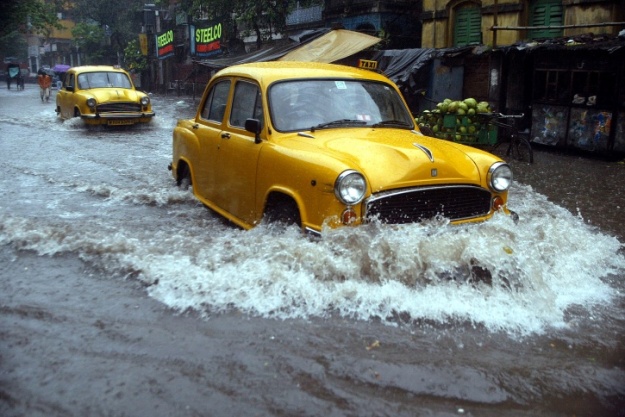 It’s been a very set week for Mum’s Taxi.

It’s Saturday night here in Sydney, and I’m now trying to get the stuff I’ve been sorting through back in the cupboard so we can get to bed tonight. I’m making good progress, but it takes so long to sort through everything and even if I could throw more stuff out, we don’t have the available bin space. Indeed, despite taking stuff to the thrift shop. I’ve been doing a second bin run for the last month. While talking about garbage collection sounds as humdrum as it comes, our bin manoevres would make for good TV. You see, the garbage truck goes passed our house and then doubles back to pick up the bins on the other side. So, this allows us to refill our bin and wheel it across the road. This is no casual manoevre either. I have to keep an ear our for the truck and as soon as I hear its approaching rumble, my breathing accelerates and I start getting myself primed. I don’t know whether the truck driver has noticed me hotfooting across the road but I usually wait until the truck’s halfway down the street before I make my move. Desperate times call for desperate measures.

Of course, there’s been the aftermath of the London Attacks this week. Two young Australian women were killed in the attack, and our sympathies goes out to their families, friends and communities. So many Australians have had a stint working in the UK just like these girls, yet we’ve returned home. I only spent a week in London when I was there in 1992, and was living and working in Germany. Yet, I still feel a strong sense of solidarity. 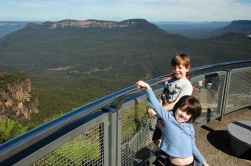 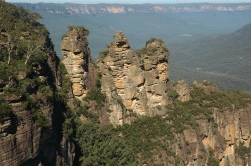 Above: Bush Rescue was set at the Echo Point Lookout at Katoomba in the Blue Mountains, West of Sydney.

This week I’ve written two pieces of flash fiction. For Friday Fictioneers, I wrote: Back to Earth and Bush Rescue for Carrot Ranch. While Friday Fictioneers uses a photo prompt, Carrot Ranch has a text prompt. I’ve found it quite interesting doing both prompts in the same week. I’d probably say that I feel there’s more freedom and a wider scope with the text prompt, because I feel my flash has to link closely to photo to answer the brief. Many of these photos were taken in USA and that has been challenging a few times. I usually give my response an Australian element.

Have you written much flash fiction? How do you find it as a genre? Do you have a preference for text or photo prompts? I’d love to hear your thoughts.

Anyway, so how has your week been? I hope you’ve had a great one.