Today, I’m inviting you to join Lady and I for a walk. We’ll be retracing yesterday’s footsteps, when I moved down the main street like the Very Hungry Caterpillar. After dropping my daughter off at dancing, my next stop was the Bremen Patisserie where I bought a few slices German Beesting Cake and this mega rich chocolate “thing” to take home. My next stop, was the bookshop cafe, where I had a hot chocolate with whipped cream and marshmallows. Fortunately, that’s where my conspicuous consumption ended. 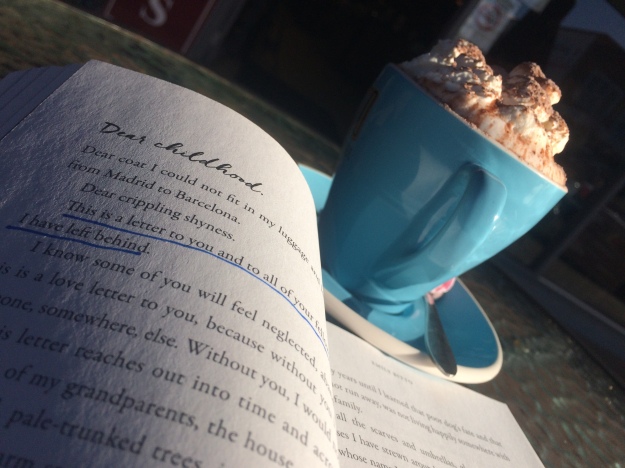 Before I knew it, I’d ducked into a boutique. This has become a frequent haunt lately. I blame this on filling in time each week during Madam’s dance class. Mostly, I’m just looking. However, the new Spring stock has just arrived and after being rugged up all Winter, it was like walking into Floriade, not that everything was floral. It was fresh, bright, vibrant and being a little kid at heart, I could’ve hidden behind the racks of lush fabric, and wrapped myself up in a cocoon.  It wasn’t long before I spotted the dreamy blue, silk top with a blue rose on the front. Being some kind of fusion of sky and the sea,  it truly captured my imagination. Moreover, the wafty, moody, blue silk top felt so light against my skin…and it was aerodynamic and cast a fantastic shadow in the wind. How could I resist? I also bought myself some large dangly, silver earings. I rarely bother with earings, but while I was in the shop, some long-silenced being within shouted: “Look at me. I’m still here. I’m so small and almost completely lost and obscured in the overall scheme of things, but I still have a voice. I still need to be fed, watered, attended to. Please don’t leave me alone.”

I’m pleased she called out, because I needed some TLC. It’s been a rough couple of weeks and even my shadow needed a lift.

While you can’t buy self-esteem, sometimes you do need to care for that small voice inside, which you too often ignore, put at the bottom of the priority list or kill off completely. Feel that it’s okay to buy yourself flowers sometimes. Buy a fancy top at the end of a hard week..and even buy the earings at the same time. I haven’t done this for some time. It was my birthday money. I might be on bread and water for awhile, but I’ll feel like a sea goddess in that top. Well, I’d better. 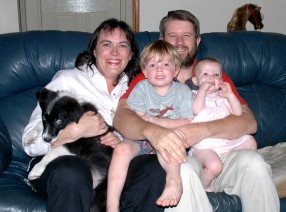 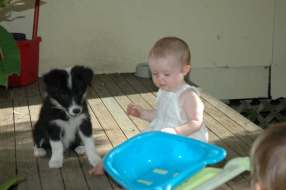 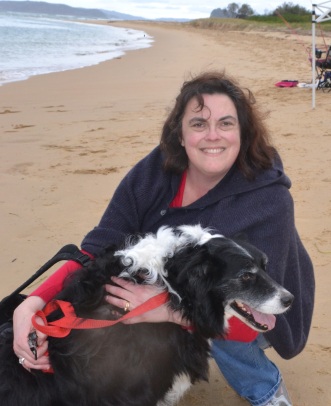 Bilbo and Mister racing the billycart. I just noticed my son is running along with roasted marshmallows on a stick despite being told not to run with sticks. I also caught him running with a live stick ie still alight. Proof dogs are easier to train than kids! 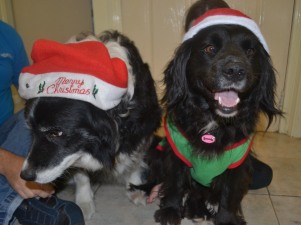 The last week has been quite difficult. Indeed, the last couple of months have been challenging for our family. We are still grieving over the loss our beloved dog, Bilbo who was a regular here on my blog. It’s been about six weeks, and that intense grief is easing, but the kids still have their moments. They also have questions about life and death. My daughter’s frequently asked me why Adam and Eve had to eat the apple.

Since then, I’ve also been having my annual battle with chest infection and flu. I’ve had my vaccinations and am eating plenty of fresh fruit and veg. Yet, I still succumbed to some extent and after two rounds of antibiotics, am now at that annoying dry cough stage and asthma diffculties. I’ve had some severe coughing attacks, some in front of the kids, where I’ve been gasping for breath. Even though we’ve been through these attacks before, they’re still terrifying. You’re not quite sure how it’s going to pan out. However, I’ve been really bad a few years ago, and this isn’t even close. It’s just annoying and I know many other people are in the same boat. Flu season’s been bad here this year.

Not surprisingly, all of this has knocked the kids about. I’ve been fielding the hard questions from my daughter, but my son imploded. I should’ve headed it off at the pass. However, you can only do so much, when you can’t do much. I have long been preparing my kids for the worst, and I’m still here but that doesn’t mean they don’t get affected by what can be some pretty stressful hurdles along the way. Yet, we make the most of life. 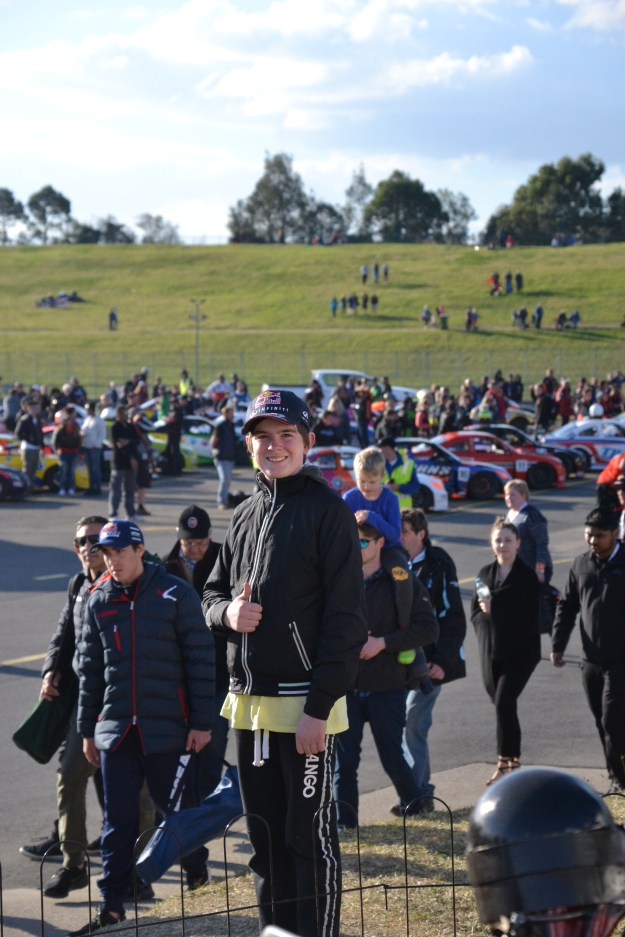 Our son at the V8 Supercars at Eastern Creek, Sydney.

Indeed, today my husband took my son our to see the V8 Supercars racing at Sydney’s Eastern Creek. I’m so pleased they went. They had a fantastic time and burst through the door talking about fast cars, flying rubber and how close they were to the finish. I downloaded the photos and my son played me a series of videos they’d taken. I must admit that I struggled to share his enthusiasm for loud engines, which he played for me the same way he’s shared an Ed Sheerin song. He had enough enthusiasm and excitement for the pair of us and my husband also chimed in. 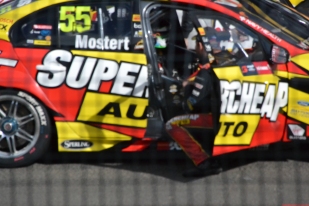 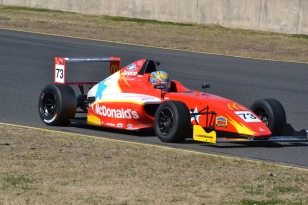 The irony was that my daughter and I had each done a Kelee meditation session at our dance studio. I’d never heard of Kelee before, and am keen to find out more about it. I felt quite energized afterwards, and just had this sense of needing to speak out. To share how I’ve been grappling with growing up with undiagnosed hydrocephalus and how that affected my personality, identity  and things like my basic coordination. Even though I’ve had a shunt inserted 20 years ago, I still grapple with its impact and how to interpret myself. It makes for a good story, but I still have to live with it. Grapple with bits and bobs. All the conversations with my son this week, have brought some of that back and I guess it’s ust a matter of revisiting it, but rather than putting it back in the closet, to write about it. Finally, get it down.

I hope you don’t mind me getting rather deep this week. That’s who I am anyway and while I don’t like to dwell on the negatives, I also don’t like this whole culture of needing to be happy all the time. We all have ups and downs. That’s life.

If you’re looking for a bit of a laugh this week, you could read my contribution for Friday Fictioneers this week: Minding the Dog 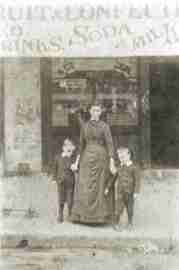 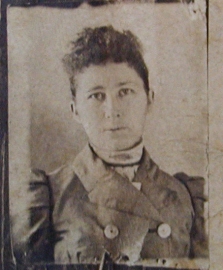 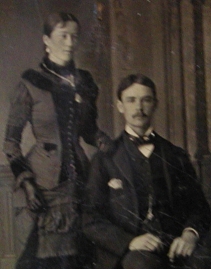 Before I head off, I’ll just mention that I’ve been beavering away on my Irish Family history research. This is something I pick up and put down. However, it tends to work best when I can set aside a slab of time and just beaver away at those loose and dead ends. Five years ago, I set up a blog about my 3rd Great Grandmother, Bridget Donovan who was an Irish Famine Orphan brought out to Sydney, Australia under the Earl Grey Scheme. A monument has been set up at Sydney’s Hyde Park Barracks, where the women first stayed on arrival and next Sunday is the annual celebration. Anyway, Bridget married an Englishman ten years her senior, George Merritt and aside from giving birth to six children, was largely invisible. Despite my most dogged efforts, I haven’t been able to find out where and when Bridget or George died and that’s saying something. I’m VERY persistent! Anyway, last week, I received a message in relation to this blog site from someone researching on behalf of some distant cousins. Cousins who turn out to be Aboriginal Australians. It turns out 2 or 3 of Bridget’s sons married Aboriginal women. One of them at least, moved into what was known as the Yass Black Camp. That intrigues me. That contact also led me back to my research, which wasn’t as organized as I’d hoped and so I’ve been beavering away. This led to another discovery, that at least four branches of my family came from County Cork. This seems to suggest that they stayed within their county group after arriving in Sydney. Not surprising when you think about how immigrants tend to stick together now, but of course, I was researching events in reverse order, instead of living them forward.

Do you do family history at all?

Anyway, it’s time for me to put down my coffee cup and keep moving. Our son leaves for the snow tomorrow for a few days and there’s still a lot of last minute bits and bobs which need to be done. 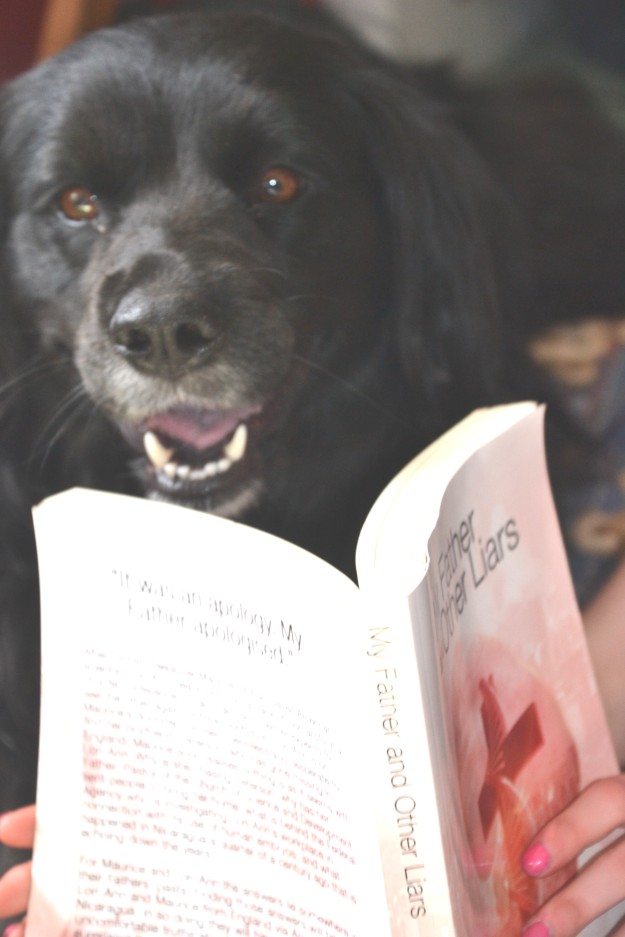 I hope you’ve enjoyed our walk and all the people we’ve met while walking with Lady.  We always meet so many chirpy, happy people on our walks and she opens so many doors… and not just the bathroom door (see the Flash fiction!)

This has been another Weekend Coffee Share hosted by Diana at Part-Time Monster. You can check out the other posts Here.