Our Little Dancer gave her first solo performance today, and it was pure enchantment. More to the point, SHE was enchanting. Not just because she’s our daughter. Rather, because she’s reached that long awaited point, where she’s transcended years of training, commitment, lost ballet shoes, laddered tights, and entered the realm of magic. A realm so far beyond words, that I barely know where I am.

I don’t know whether you’ve been to this place yourself, but it turns being audience, into a flight without wings. One minute, you’re simply sitting in your chair. Then, inexplicably, you’re zooming off to unexplored realms and your feet are dangling in the air.  I suppose other people would simply describe this as their “happy place”, without all the flounce. However, as far as I’m concerned, a bit of flounce is quite approppriate. After all, we’re not describing a balance sheet here!

Unfortunately, at this stage, I can’t share any photos of her dancing or even in her dress. All I have at this point, is a photo of her costume hanging up last night. There was no time to even get that precious “before we leave” photo…her dark hair perfectly twisted into position, flawless makeup, lipstick, pink tuille all in motion swooshing out the door. Indeed, perhaps a shot of pink in motion, would have been more true to life than a staged shot in the hallway anyway.

Despite my spangled descriptions, my daughter wasn’t making her debut at the Sydney Opera House. Rather, she was performing with her dance school at a local nursing home. This was such a great place to start out. It not only gave students a chance to give to the local community, but it also allowed them to get experience in a less controlled but forgiving environment.  While the majority of residents were very attentive and could well have been seated in the Opera House, there was the occasional person walking through a performance on their Zimmer frame. A few sang along to one of the backing tracks and no doubt, there were those who fell asleep. Yet, this unpredictability is great, because it helps the dancers to  learn how to deal with distractions and adapt accordingly. A studio is a very controlled and largely predictable environment, which makes an excellent nursery, but the outside world is the stage.

Anyway, there I am in my seat wound up like a spring. I can’t wait and yet, I’m also absorbed in each of the other solos. I’ve seen them all before, and yet they still give me goosebumps. Take me on intense emotional twists and turns at 240 kph, which I can’t explain. I am just the passenger. A member of the audience. I don’t know how they make their magic. I just experience it. 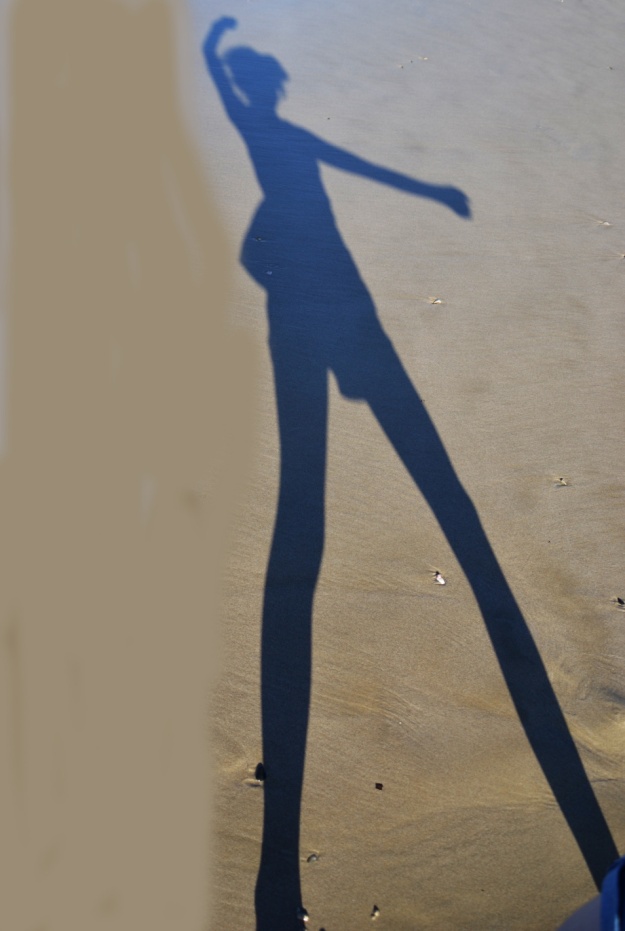 Finally, our daughter is centre dining room floor. She is beautiful. Beautiful, almost in an unearthly, ethereal way, becoming some kind of pink sylth whose materialized out of the air. Who is she? Where did she come from? Is she some kind of mysterious geni who escaped from an empty Coke bottle? I don’t know but she moves as light as a feather across the floor with such grace and poise that I’m totally spellbound. Me, the mother who gave birth to her earthly being, but this is a magic woven by her other “mothers”. Her dance teachers who’ve nurtured the butterfly out of her crysalis. Given her something I could not. Sure, I could give her the fire and the spirit, but I couldn’t help her mold and shape it into something that’s her own.

You see, as much as I love to dance and have even been doing adult dance classes for the last year, I have some disability and chronic health issues and let’s just say, that I’ve been unable to “reach my full potential’. Indeed, I try to resist saying “that she didn’t get it from me”, because I wasn’t me. I couldn’t be me with all that extra baggage, especially when I didn’t know it was there and what was causing my difficulties. I just thought it as me. Yet, despite having the hydrocephalus , I did ballet as a child and even had private lessons for awhile. I wasn’t always quite so clunky.

I often wish that I could experience more of my daughter’s dancing. At least in theory, I feel I could watch her dance all day everyday, which isn’t exactly true. However, as it stands, I feel like I’m peaking through a crack and I only get to experience the barest slither. Everything goes on behind closed doors, which it needs to, but I do crave for more. It would be nice if she danced more at home. Let me inside a little more. This is a comment lament of the parent, as sense of being on the outside when once upon a time, they were on the inside.

Yet, I know this is only the beginning. Not the very beginning but the beginning of her stepping up and starting to step out. Next year, she’s due to be getting her pointe shoes, and that really will be a huge development. That’s a ballet dancer’s coming of age…a right of passage. A ritual I never experienced, but I’ve been waiting for just as much as her. Indeed, I have my own pair of pink, satin ballet shoes with pink satin ribbons. They might not be pointe shoes but they’re beautiful, and they were my gift to myself. They were the materilization of a dream. That someone who struggles to walk, can also learn how to dance and dip their toe into ballet as a participant, and not always be a spectator relegated to the sidelines. After all, life’s too short to sit it out.

And now, my little dancer is asleep. All wrapped up in the world of dreams and I need to follow suite.

10 thoughts on “Our Little Dancer & the Dance Solo.”