This week, I’ve been a bit of a bower bird and we’re enjoying the warm fire at the Central Coast Bar and Grill where we indulged in a scrumptious Sticky Date Pudding. Indeed, we loved it so much, that I had to make one for dessert last night and added some pecan nut praline for good measure. Dinner was supermarket lasagna just in case you think I’m about to enter Masterchef myself.

Last week, was jam packed with rehearsals and performances. Our daughter competed in Coast Quest with her dancing and went extremely well. Well, perhaps “extremely” is being a somewhat over the top. However, if you’d seen her beaming smile when she came second in her ballet solo and third in her contemporary (with a higher mark of 89), you’d understand. We don’t receive many awards, so these were pure gold.You can read about the the full experience here. 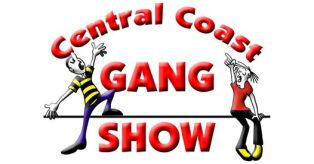 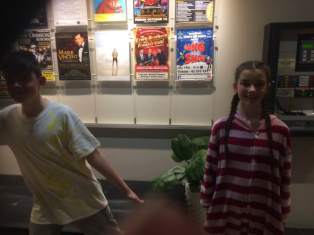 The kids were also performing in the  Scout & Guide Gang Show with four performances at Laycock Street Theatre. The show was fantastic, and this was more our son’s turn to shine. He even made an appearance as NASA astronaut Michael Collins from the Apollo 11 (moon landing) mission. He delivered his lines well and smiled throughout the entire show. He looked like he was having a ball. Our daughter’s involvement was cut back due to clashing commitments with dancing but just managed to stay in the show. It looks like it will be her last. Needless to say, I spent a lot of time last week in the audience. It is a role I cherish, and I turn it into a much more active role by encouraging the performers. I also love watching the performances, and really feel quite privileged. I’m definitely not there under sufferance.

Last week, I also took part in Friday Fictioneers. I actually had two attempts this week, after some feedback, and my second effort An Unpredictable End was much better received.

The kids have been on school holidays for the last two weeks, and school goes back tomorrow. So, I’m thinking along the lines of getting organised for the term ahead while writing on the blog. That works, doesn’t it? Humph…

Anyway, it’s actually a beautiful sunny day outside. Well, not quite as warm as I’d first thought. It’s about 18°C so still not what we’d consider “balmy”. It’s still rug-up weather as far as I’m concerned.

Hope you’ve had a great week and I look forward to hearing from you!

This has been another contribution to the Weekend Coffee Share hosted by Eclectic Ali.