Welcome back to Thursday Doors.

This week’s photo captures the front door,  Government House in Parramatta, Sydney from an interior perspective. 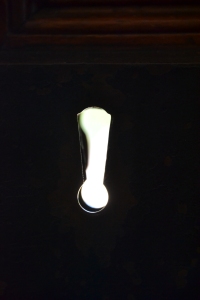 While its grand hallway reflects the social standing of its occupants, what really attracted my attention, was the keyhole. That old-fashioned keyhole and all the narratives which have been spun by nosey-parkers peering through it. Unfortunately, the powers that be, didn’t like someone crouching on the ground and photographing their precious keyhole. I was told off like a naughty school girl and told to book in a photo shoot. I suppose this is what comes with having a weird photographic device called a “camera”, and not using a camera that’s better known as a phone.

Government House Parramatta is a convict-built Georgian house and its surrounds is a World Heritage site. It was the country residence for the first ten governors of NSW. Today it houses the nation’s premier colonial furniture collection amongst parkland and other heritage sites. Standing in 200 acres of parkland overlooking historic Parramatta, the convict-built Old Government House and garrison buildings were built in 1799-1816, the oldest surviving public buildings in Australia. For seven decades, it was the ‘country’ residence of ten early governors of the Colony, including Gov. Lachlan and Mrs Macquarie who, from 1810 to 1821 preferred the clean air and space of rural Parramatta to the unsanitary and crime ridden streets of Sydney Town-https://www.nationaltrust.org.au/places/old-government-house/ 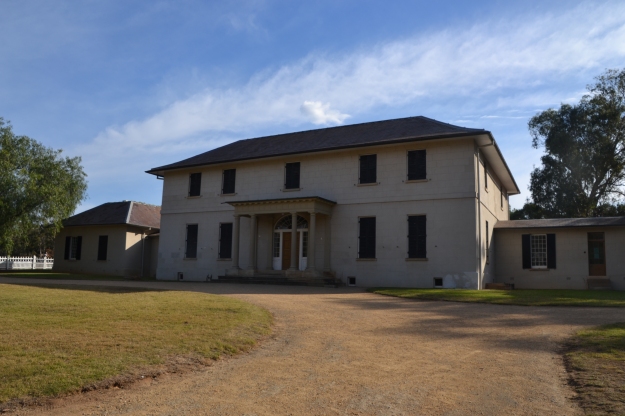 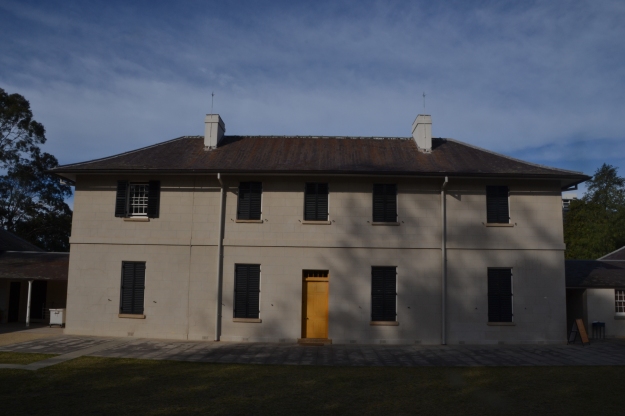 What immediately strikes me about this building, is its very plain and minimal exterior. While I understand that this is sacrilege, I want to add some decorative features and jazz the place up. From the rear, this significant building would pass as what we call Mc Mansions…hastily built huge modern homes squished onto tiny parcels of land. Having all that space must be fantastic from the inside, but is as plain as sliced bread from the outside. Mind you, that’s a huge step up from our place, which is awaiting demolition without a plan in place.

Anyway, I hope you’ve enjoyed out brief visit to Government House Parramatta. Thursday Doors is hosted by Norm 2.0 at Thursday Doors.  Why don’t you come and join us and share a few of your favourite doors.