Jane might’ve been as blind as a bat and risking a nasty accident, yet there was no way she was wearing her glasses on her date with Michael. After all, boys don’t make passes at girls who wear glasses.

Unfortunately, Michael also left his glasses at home. Didn’t want to be a nerd.

Lucky to bump into each other at Town Hall steps, they headed out for tapas at a Spanish restaurant .

The waiter said nothing. Now, he’d really seen it all.

This is a much abbreviated version of a much longer short story I wrote when I was still at university seemingly more than a lifetime ago. Back when my short-sightedness was quite as bad as it is now, I used to go out on the town blind. Contact lenses didn’t really agree with me and weren’t quite as common then as they are now.

Sydney’s Town Hall Steps is a common meeting spot on a Saturday night, particularly if you’re meeting people from different parts of Sydney. So it’s pretty crowded and not the easiest place for two short-sighted people to find each other. The two short sighted couple mistaking a no smoking sign as modern art also plays on that thing of people pretending they know what it’s about and  putting on a front. 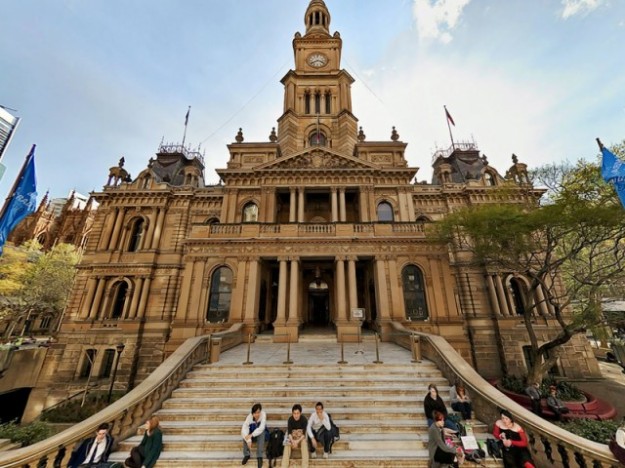 This has been another contribution to Friday Fictioneers hosted by Rochelle Wishoff-Fields. Every week we write 100 words to a photo prompt. PHOTO PROMPT © CEAyr