My Goodness! I don’t know where today went, but it feels like it disappeared like a rat up a drainpipe and I’m left sitting at my desk peering through the window up into a sky of scrambled blue and white wondering what happened.

My apologies. You’re a bit early for cake. I’ve taken the eggs out and they’re slowly warming to room temperature. I’m going to make another sponge cake with passionfruit icing. I made one about a month ago and the cake wasn’t quite right and I’d like to perfect it. It was my mother’s specialty, and like many great bakers, they add these magic ingredients and fiddle with the process in some way that it is almost impossible to replicate. Fortunately, Mum is still with us but she hasn’t baked a sponge in over five years and I think she’s lost the knack. I’m just waiting for the right time and I might just be able to extract her secret, although I might also need to get her back behind the wheel of her Sunbeam Mixmaster.

Despite the photo of me cruising along on a boat, last week was quite stressful as I had my review for the NDIS. That’s the National Disability Insurance Scheme. It was put in place to help people with disabilities lead more independent lives and to reduce the economic impact of buying equipment etc and I guess it also aims to get people back into the community, back to work and functioning at their best, which is also what gives many of us a better quality of life and an increased personal well-being. While the NDIS has helped in many ways, it’s also challenged medical reports provided by the best specialists Australia has got and refused to acknowledge certain disabilities such as epilepsy at all and for me personally, they don’t see to understand that I can walk okay but getting out of chairs, especially multiple times during the day and especially on bad days, is a strain and I usually tend to stay put. I have a lift chair but I got it through Freecycle and it’s 15 years old and pretty disgusting after being here for three years. The NDIS doesn’t seem to acknowledge the importance of parenting responsibilities and the need to be with my family and not shut away in bed. So, I have a few fires to fight and am currently well enough and fired up enough to fight them, which isn’t always the case. Wish me luck.

In between working on my review, I’ve also been fired up on my family history again. You’d wonder if there was still a leaf unturned after researching all these years. However, my Dad’s second cousin got in touch the other day and that’s fired up a whole new line of inquiry. His mother’s parents passed away when she was a child and she was adopted by my Great Grandparents. However, although I’d heard of Nancy growing up, I didn’t know how she fitted in and they lived in Victoria somewhere and my parents didn’t travel very much back then. However, I did have a few photos of Nancy as a young girl and I wanted to get them through to her family, which has now happened which is great. While working on all of this, I realized that my Grandfather’s grandparents were actually Irish and not just in the sense of being of Irish descent, but had actually been born there. Edward Quailey (or Quealey) came from County Clare and Margaret O’Neil was from County Limmerick and they married in Christchurch, New Zealand before coming to Sydney. Most of my ancestors came out to Australia much earlier and my sense of them being from over there is more of an intellectual awareness than a lived and breathed experience with its inherent cultural and social values and experiences.  Of course, it would help if I’d been to Ireland, but at the moment, that is but a dream but not too distant I hope. 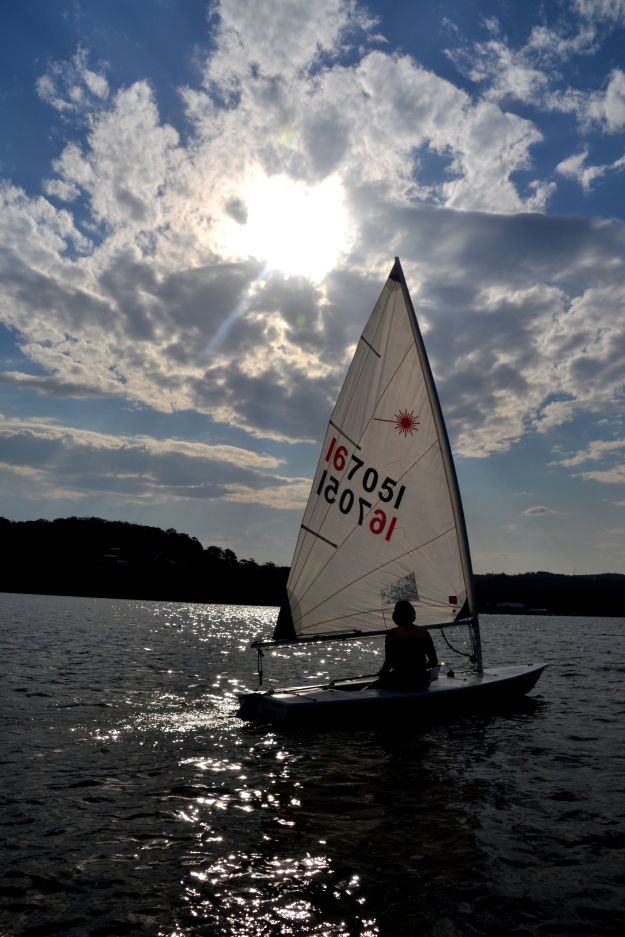 Our son sailing his Laser.

This brings me through to Saturday when our son had his first sail for the season. Just to remind you, that it’s Spring here and things are starting to warm up and get re-energized around here including the start of the sailing season. Our son has been sailing in a Flying 11 for the last couple of years along with a crew member. That was getting too small and uncompetitive for them and now he’s sailing solo in a laser. It was great to get back to Gosford Sailing Club yesterday on a beautiful sunny day and catch up with our sailing cronies. Much to much delight and surprise, I actually made it out onto the water in a powerboat. As you can tell by my smile, I had an incredible time. I’ve never actually been out on the water there and it was interesting to check the area out as well as being able to terrorize our son the Laser and get some great photos up close. 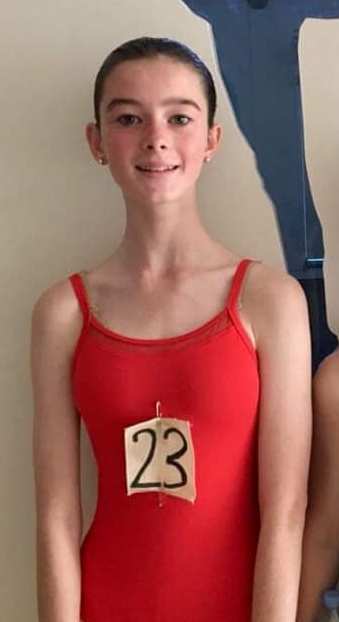 This photo was taken when my daughter auditioned for Central Dance Company. Stay tuned for the swan.

Meanwhile, yesterday was our daughter’s last Sunday rehearsal before next Saturday’s performance of Swan Lake with the Central Dance Company. They will be performing next Saturday at the Art House in Wyong, which is about a 40-minute drive from here. I can’t wait to see her and the production, which is why I’ve booked myself in for the matinee and we’ll be attending the evening show as a family. I figure I’ll be watching her for the first show and will be able to enjoy the whole show for the second performance. They’ll also be performing Laycock Street the following Friday night and guess what…I’ll be there too. It’s not that I’m one of those over the top dance mums. I just figure this might be a once in a lifetime opportunity to see my daughter as a swan and I want to make the most of it. By the way, that also means I’m off to the hairdresser tomorrow. I don’t want the mother of the Swan looking like a dead duck! 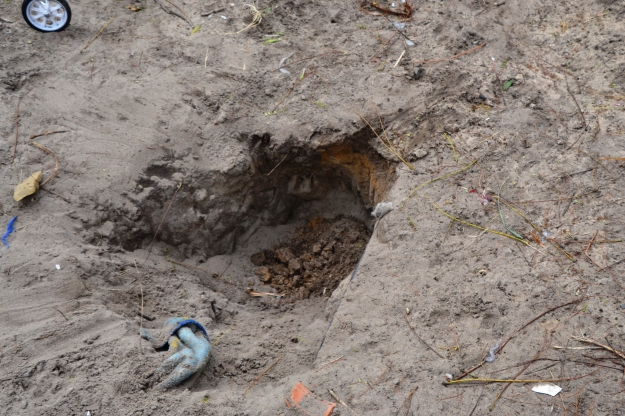 The epic hole and the buried dog blanket.

Over the weekend, I wrote a post about our dogs digging up the backyard and wanting to identify the guilty party. Well, it appears that Rosie has well and truly dobbed herself it today after she dug an adjacent hole with very fast-moving paws and I think you’ll agree that it could accommodate a small cat. Maybe, I shouldn’t have mentioned “cat” and just left it as something more nebulous like a giant dinosaur bone. We have nothing against cats.

So here are some links to last week’s posts:

Who Was the Diggingest Dog?

Anyway, that’s our week done and dusted. What did you get up to? Did anyone or their kids getting involved in these protests against climate change? My daughter really wanted to go but she’s missing school for the show this week and I was also concerned about her getting there. They didn’t seem to have a reliable group of friends organized. It struck me as a time when predators could be out preying on kids and that concerned me. As it turned out, there were so many people there and parents went along as well so it would’ve been fine. We’ll know for next time.

This has been another contribution to the Weekend Coffee Share hosted by Eclectic Ali We’d love you to come along and join us.