My profuse apologies. If I’d invited you round earlier this weekend, you could’ve been having some caramel slice with your beverage of choice. Unfortunately, the last piece went last night so I can only offer you Vegemite on toast, which for most of you will evoke grimaces of torture.

Last week, was the first week of school holidays. Our daughter spent much of the week in Sydney with my parents. This is code for going shopping with my mum, and they seem to get caught up in the moment. My daughter doesn’t go completely overboard, but she gets mighty close and there always seems to be something my mum doesn’t quite get her head around. This time it was ear pods. The teenager is an expense beast.

Meanwhile, her brother was sick at home and was very kind to share his bugs with me. With my health issues particularly the lung disease, chest infections can become life threatening but there’s also a lot that can be done to ward them off even without taken antibiotics. So today, I took my spoonful of olive leaf extract and I’ve also got a few other tricks up my sleeve. Wish me luck. I’ve dodged a few bullets over the last couple of years, avoiding a serious problem. Phew! 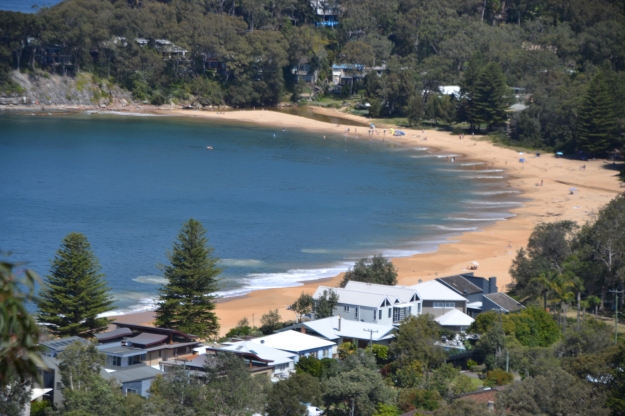 On Friday, our nephew was visiting from Canada. We took him for a bush walk with magnificent views over Pearl Beach and Broken Bay, which is just around the corner from our place. Towering over steep bush-covered cliffs tumbling down into the ocean, the views are absolutely majestic. 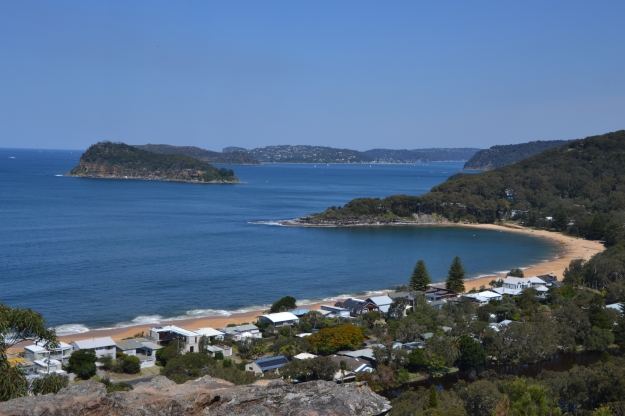 Paradise. Pearl Beach is in the foreground looking out towards Lion Island. The body of water RHS is Pittwater.

You really get that sense which Keats describes so beautifully in: On First Looking into Chapman’s Homer:

Then felt I like some watcher of the skies

When a new planet swims into his ken;

He star’d at the Pacific—and all his men

Look’d at each other with a wild surmise—

Silent, upon a peak in Darien.

Our daughter is in the front row second from the left.

Friday night, Mother Swan was back for the Central Dance Company’s final performance of Swan Lake & More. In case you’re the only person on the planet who doesn’t know our daughter was part of the corps de ballet, now you know. Being the third performance, I went solo this time, although the dance school filled the row behind me. It did take me long, however, to strike up conversations with the four people beside me. That’s what I call my gift of being able to talk to strangers. It comes in handy and we were all quite friendly by the end of the show. 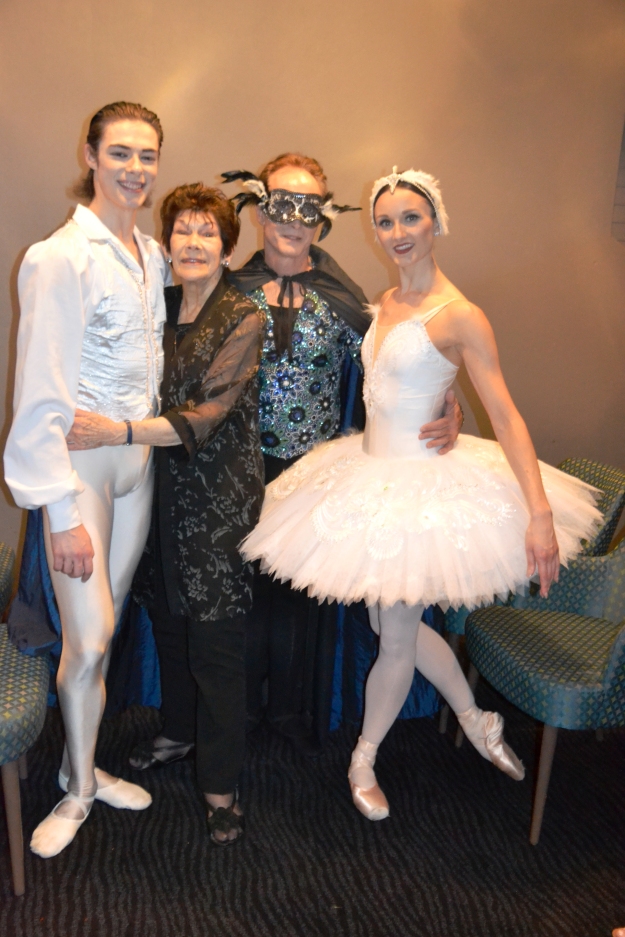 They had the cast party afterwards. At this point, I became official photographer. We were also celebrating the 30th anniversary of the Central Dance Company. So, I was photographing dancers, the cutting of the cake and that’s when my daughter pointed out that my camera lens was smashed. Yikes. My anxiety almost hit the roof, except the lens has a lens protector and I was fairly sure that the lens would be okay. However, I couldn’t work this out at the time because the lens protector was jammed onto the lens and wouldn’t come off. I had to confess all to my husband when I arrived home and he asked: “What have you broken this time?” Phew. It wasn’t the lens.

After watching three shows of Swan Lake & More what with the sensational dancing, magnificent music and all those emotions both on stage and watching our daughter and her friends, I was completely overstimulated on Saturday and my mind was flying. During the last week, I’ve written two skits for the Scout Gang Show, 3 poems and a short story for the Australian Writer’s Centre’s Furious Fiction Competition.

Speaking of of the Furious Fiction Competition, I’m furious with myself. I misread the deadline and was also second-guessing myself and caught up in my perfectionist nitpicking and I missed out. That’s particularly annoying because the competition has a setting and a list of words which need to be included. There’s also a $500.00 prize. I’d have been lucky to win the prize, but I was pretty pleased with my effort which I’d set in the Shakespeare and Company Bookshop in Paris where I’d done a poetry reading in my early twenties. Oh well. All is not lost. I’ll have to see what else I can do with it. Perhaps, it will suit another prompt down the track. 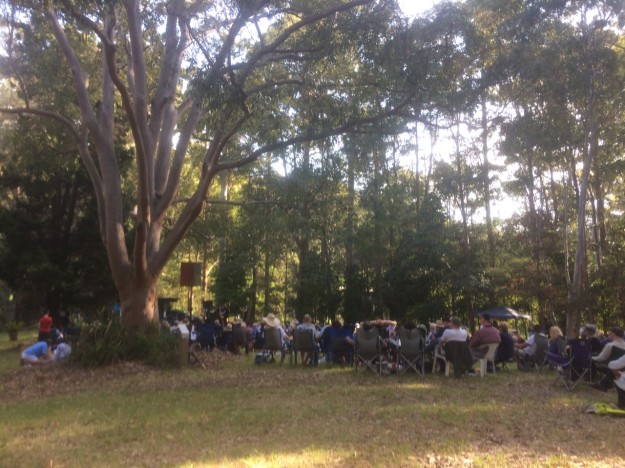 Jazz in the Arboretum, Pearl Beach.

In addition to going to the ballet and doing so much writing during the week, I also managed to go to Jazz in the Pearl Beach Arboretum yesterday. My school friend’s son was performing and she initially invited me out for coffee, but a free ticket came up and off I went. That was great, because although this annual concert is local, I’ve never been before and it was great to check it out. The show was essentially John Morrison with the All Stars and the Australia Institute of Music’s Big Band (which included my friend’s son). In addition to the fantastic music, the bush setting was wonderful sitting on the grass surrounded by towering gum trees. At one point, a kookaburra appeared and was working hard to extract a large morsel from the ground, which might have been a beetle. Of course, the kookaburra thought he was the star of the show.

So, as it turns out, I had an eventful week.

What did you get up to? I look forward to hearing from you!