“It is the fate of most men who mingle with the

world, and attain even the prime of life, to

make many real friends, and lose them in the

course of nature. It is the fate of all authors or

chroniclers to create imaginary friends, and

lose them in the course of art. Nor is this the

full extent of their misfortunes; for they are

For those of you who have written novels, how have you felt when you’ve reached the end and your relationship with your characters is over? Or, worse still, when you’ve killed off one of your favourites?

I’d love to hear from you.

Do I dare
Disturb the universe?
In a minute there is time
For decisions and revisions which a minute will reverse.
TS Eliot, The Love Song of J. Alfred Prufrock

Welcome back to the land of the living, although I thought you might have had enough. Would rather be left alone, far away from this land of shadows.

However, while I was pondering all of this, I found a letter on the floor. No signature, only paw prints. Being quite the champion of the underdog, especially in its age old battle against the cat, I decided to act as messenger and forward you this poem from a group calling themselves: “The Pollicle Dogs”. 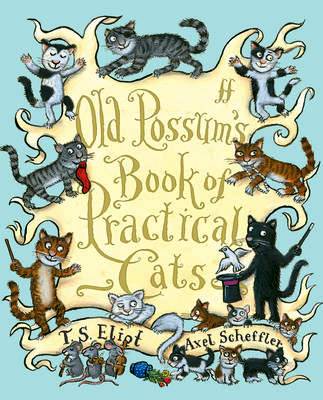 Although they could well be a terrorist cell for radicalized canines, I thought they had a point. You made no secret of your love of cats and just to confirm what seems to be a definite bias in the battle between cats and dogs,  there’s definitely no Old Possum’s Book of Practical Dogs to inspire Dogs The Musical, is there?

Not that I’m judging you in any way. It’s just about equality and fairness. That’s all.

To TS Eliot: A Note from The Pollicle Dogs

In defense of the dog,

A lover of cats,

you hold them too dear!

These killers of birds.

The most stuck up of beasts!

Friends when it suits them

but never for keeps.

Your poems are an outrage,

we tried to have banned.

But then came the musical

that should’ve been canned.

All we hear is just cats.

Why don’t you write about

While evidence strongly suggests that my dogs, Bilbo and Lady, penned this poem, I wouldn’t be surprised if a few of their comrades down at Dog Beach were also involved.

You see, I’ve never ever seen a cat down at the beach, which would seem to suggest some kind of demarcation or indeed, the existence of a secret dog society, which could very well be plotting the demise of the cat.

Personally, I’ve tried talking to my dogs about this before. That we all need to be kind to our enemies. Turn the other cheek. Even apply the Golden Rule. They found  that extremely challenging, not only when it came to being nice to cats, but also when it came to stealing the humans’ food from the table. They’ve actually become a pair of thieving scoundrels of late and have been in endless TROUBLE!!

Indeed, I think they’ve related to those famous last lines of Hollow Men, as they’ve been dispatched hastily “OUTSIDE”:

I must admit that these lines keep returning to me throughout my life. Funny that because so many times, it’s seemed like the end of the world and those lines have been going through my head, when I somehow manage to live right through the moment and life just goes on without any after thought, acknowledgement or recognition. There’s only that inner relief of knowing that I’d made it. That I’d survived another close call, even if that was only my perception.

Like so many who have read your work, I can’t help but wonder at the contrast between your earlier poems and your more comical cat poems. However, through my own experiences of adversity and an understanding of the dark side or shadow, I also appreciate it’s flips side, which is often expressed through a macabre or dark form of humour. Indeed, my husband and I, who are both avid amateur photographers, have observed “the darker the shadow, the brighter the light.” Humour is incredibly therapeutic!

Well, it’s almost time for my kids to arrive home from school. While Mum’s taxi won’t be driving round and round the cactus bush, it certainly seems to be doing more than its fair share of circles round our neighbourhood, especially in the afternoons. 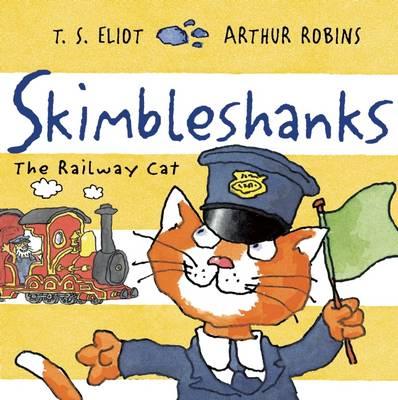 Speaking off which, it’s time for me to head off to the station to pick up my daughter and give a wave to Skimbleshanks. Somehow, he has absconded to the Antipodes.