“My experience in Amsterdam is that cyclists ride where the hell they like and aim in a state of rage at all pedestrians while ringing their bell loudly, the concept of avoiding people being foreign to them.”

Welcome to my first post for the 2020  Blogging from A to Z April Challenge where my theme for this year is…The A-Z of Places I’ve Been. It’s a photographic travel series to help cheer us up in the current climate. Overall, it focuses on a backpacking trip I took through Europe in 1992 as a 22 year of university graduate and also throws in  Australian stopovers and more.

So, let’s touch down in Amsterdam!

Back in April 1992, my best friend Lisa and I touched down at Amsterdam’s Schiphol Airport, finally setting our feet on European soil after one heck of a long flight from Sydney via Bangkok. We were grinning from ear to ear like proverbial Cheshire cats.

Our arrival was not without its comedy. As we climbed up the stairs to our hotel room, my backpack was so heavy, that it pulled me backwards down the stairs. You have to laugh, and that’s before I tell you that we spent our entire time in Amsterdam perpetually lost. If we were supposed to turn left, we went right. We had no idea where we were going, and even caught the wrong tram back to the hostel and found ourselves in some scary territory. 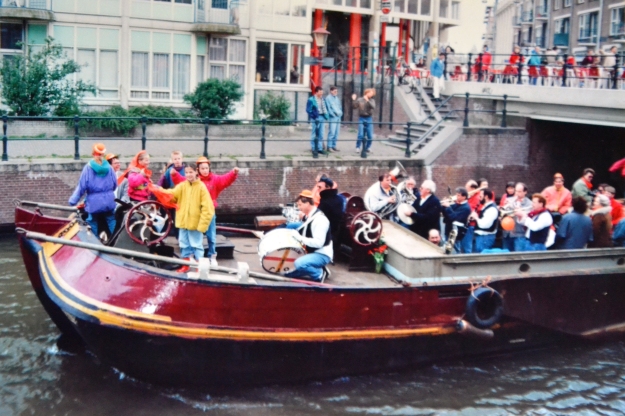 We had just graduated from Sydney University and were 22 years olds with Europe at our feet and a 12 month open ticket. We were finally free agents, and could do whatever we liked. That is, as long as it didn’t involve money. Not knowing how long our money had to last, we made the most of the complimentary breakfast at our hotel, and loaded our bags up with bread rolls and little packets of butter and jam. These were lunch for two days and could’ve been used as missiles in the end!

It just so happened that our stay in Amsterdam coincided with Amsterdam’s Orange Festival, which was officially known as Koninginnedag, or Queen’s Day which celebrated Queen Beatrix’s Birthday back in the day. All of Amsterdam and beyond, was squeezed into the streets and the place was absolutely packed with everyone and everything decked out in orange. I even spotted some Orange Stolen in a bakery window.

However, while we were caught up in all the revelry and absorbing it all through the lens, my wallet was stolen out of my bum bag. This sent us off to the police station and a reverses charges call back home to Mum and Dad along with major egg on face, which was only compounded less than a week later when I’d lost my passport in Cologne, Germany.

While we really enjoyed meeting other backpackers from all around the world and chatting in cafes, keeping our eyes peeled for wayward bicycles and being flocked by thousands of pigeons in the square like something out of Alfred Hitchcock’s: The Birds, there were two places which really stood out. 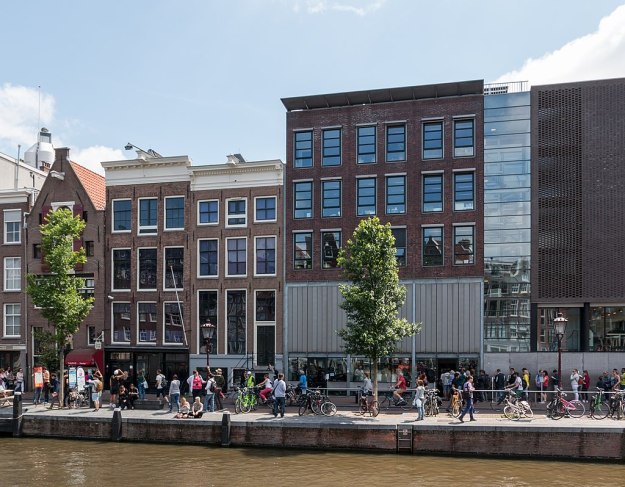 “It’s difficult in times like these: ideals, dreams and cherished hopes

rise within us, only to be crushed by grim reality. It’s a wonder I haven’t

abandoned all my ideals, they seem so absurd and impractical. Yet I

cling to them because I still believe, in spite of everything, that people

are truly good at heart.”

Firstly, I couldn’t wait to see Anne Frank’s House. Like millions around the world, I’d read her diary as a teenager and in what always feel like an extremely personal and unique tribute, as a 13 year old, I started addressing my own diary to “Dear Anne” and I told her everything. Strangely, I can barely remember going there now. However, I did write a tribute to our connection a few years ago: A Lifesaving Journey With Anne Frank. I also visited an exhibition at the Sydney Jewish Museum, which focused on her father,  Otto Frank.

My other great love in Amsterdam, was the Van Gogh Museum. Now, I actually have some great news. Although the museum is currently closed, the online shop is still open. So, if you are suffering from shopping withdrawal, here’s your chance: The Van Gogh Museum Shop. I almost broke out in a rash checking out all these wonderful goodies. However, I’ve restrained myself so far. I’m trying to view lock down as opportunity to pay off my credit card and return to ground zero. 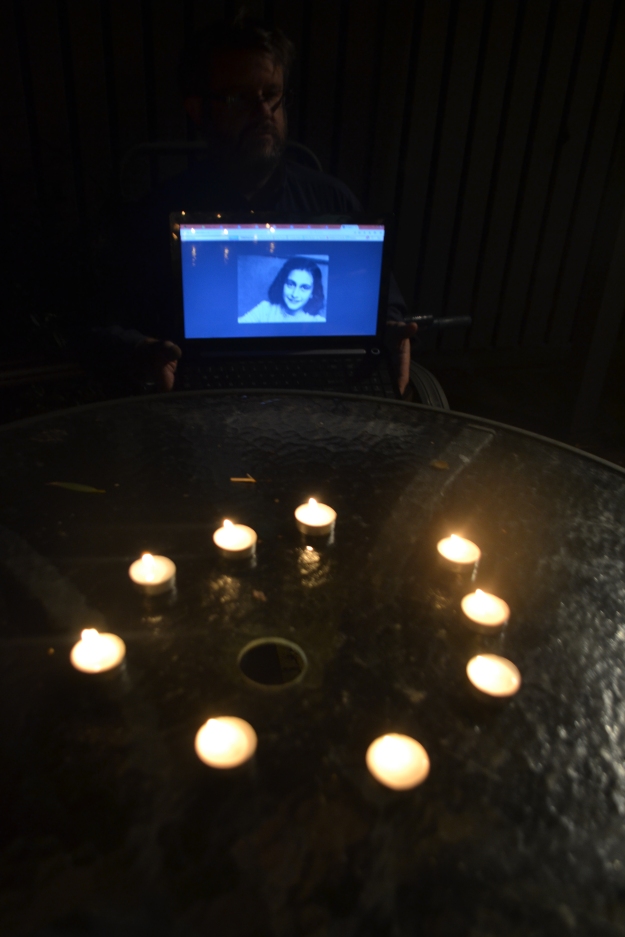 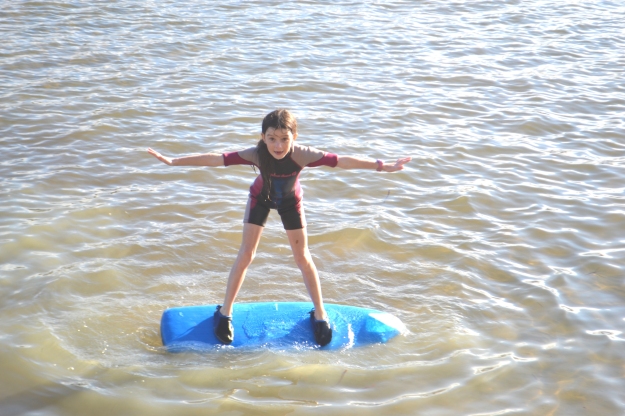