Last night, I wasn’t looking for personal inspiration. It was more a case of getting my son to do his history assignment on a medieval/Renaissance leader.If you’re a parent, I’m sure you’ll know all about this. If you’re not, you’ll remember your own parents railroading you unless you were some kind of glowing Marcia Brady.

If you’ve been following my blog at all, you’ll know I’m crazy about history and won’t be surprised that I had more than a passing interest in my son’s assignment and might have some useful resources.

No doubt, that’s why he chose to research Kublai Khan. I had  fantastic, illustrated books on Leonardo Da Vinci and Michelangelo. So, they were too easy. We’ve even been to a superlatively inspirational exhibition in Sydney where they’d built interactive models of Da Vinci’s inventions and you could operate them yourself. Yet, Da Vinci was off his radar and I couldn’t help feeling like he’d plucked Kublai Khan out of a hat!

So, I made a brief but futile attempt to change his mind and retrieved my beautifully illustrated and well-researched book on Leonardo down from the shelf…Ritchie Calder’s: Leonardo & The Age of the Eye. A book, which despite my best intentions, I still haven’t read!

Of course, I know I should’ve read it myself and that it’s been sitting on my shelf for about 3 years making me look smart without actually taking it in…pretty stupid. Yet, aren’t most bookshelves also packed with good intentions????

Anyway, in a serendipitous moment, I opened the book at this paragraph, which really resonated with me:

“Leonardo was the observer with the naked eye and the naked ear. He also had, and never lost, his childlike curiosity which, however much we may specialize in the more-and-more-about-less-and-less, is the essential nature of science. His was not the structured life of the child who having revealed an aptitude for what is scholastically called “science” at some immature age is told that he should be a physicist, chemist or a biologist, and from then on  is academically escorted through the science stream, the science faculty, and the post-graduate course into the learned societies. He learned where he went and where the interests took him.” (pg 261). 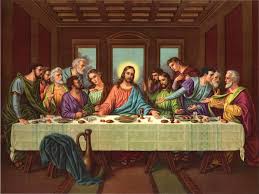 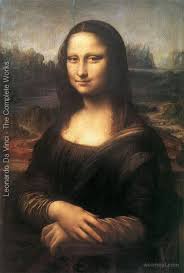 While I’m not going to re-write the entire book (especially when I haven’t read it!!), I found this a few paragraphs down, which gives an insight into the breadth of Da Vinci’s “education” and training:

“His science began as a painter. He was lucky to be apprenticed to Verrocchio at a time when perspective had become a preoccupation with artists…among the master’s cronies the subject of perspective was not just a matter of working practice; it was a matter of winebibbing  debate, as well as quasi-mystical dissertations on spatiality. In a way it was putting them, the artists, on speaking terms with the intellectuals around the Medici Garden…

Probably the most powerful, formative influence on Leonardo was Toscanelli, physician, astronomer and natural philosopher. The tracker of the comet, the cartographer and mentor of Columbus kept open house for the likes of Leonardo, whom he encouraged in the systematic study of mathematics, and introduced to astronomy.” pg 261. 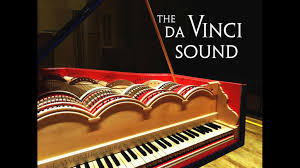 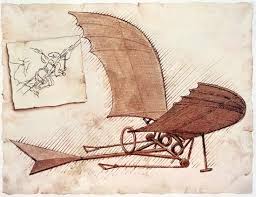 Thus, Da Vinci was nurtured in a very rich, yet broad and multi-disciplinary environment, and not simply pushed down one path to become the “performing genius” if you get my drift. While the benefits of a broad educational base bare obvious to some, there’s so much pressure to become that expert. That person who knows that topic in painstakingly intimate detail, even if that means losing site of the bigger picture entirely. Even if it means being unable to tie up your own shoe laces or bake a cake. Indeed, too many experts have travelled so far down their own drainpipe without networking with even slightly-divergent colleagues, and there has to be a price for that. Few of us would even dream of having Da Vinci’s genius. Yet, it was built on curiosity and a broad brush stroke, NOT knowing everything within a very narrow sphere too well.

By diversifying ourselves, we too could reap the benefits…especially as creatives.

I practice what I preach. While writing, photography and research are my mainstays, I also learn the violin and have been doing contemporary/ballet classes for the last six months, which have really intensified my vision.

Not that I’ve become Da Vinci, but at least I’m working on it!