Welcome Back to Thursday Doors.

This week we’re off to the picturesque village of Stanley, in North-West Tasmania. Stanley is the main fishing port on the north west coast of Tasmania and it was named after Lord Stanley, the British Secretary of State for the Colonies in the 1840s. 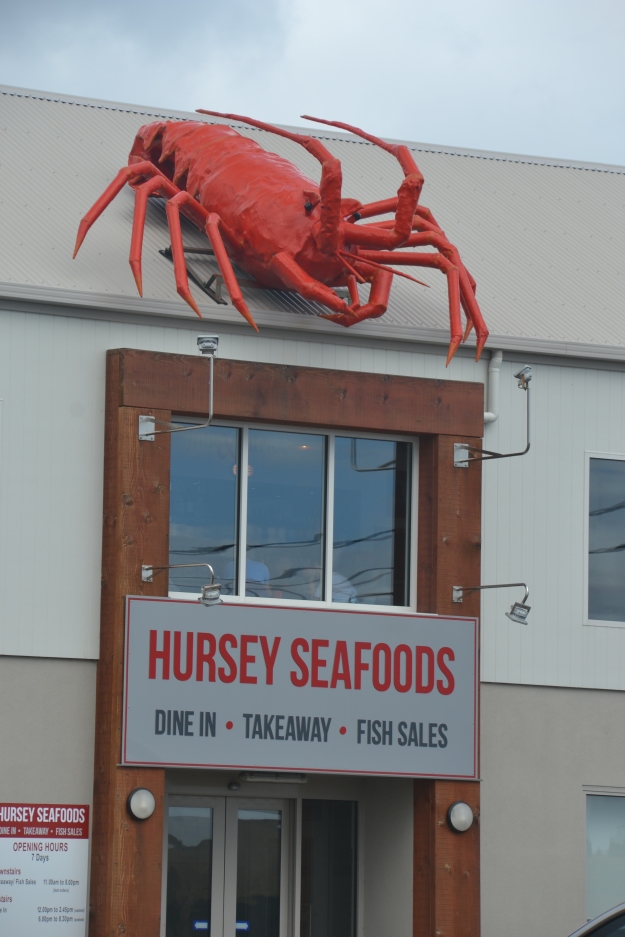 Before we launch into the subject of doors which can be surprisingly stimulating to a select group of obsessed door folk which is starting to include myself, I wanted to share the broader experience which is Stanley with you.

You can spot Stanley right up the top middle of the map.

Chances are you’ve never been Down Under, let alone to Tasmania. So, we’d better launch off with a map and a few directions. If you knew me in the real world, you’d already know navigating isn’t one of my strengths. Indeed, that’s what maps are for and fortunately we won’t be needing to turn the map upside down on this trip. Stanley is up the top. Stanley is also located on Bass Strait 127 km from Devonport and 231 km from Launceston. If you need any further directions, you’d better ask Suri.

However, even if you suffer from acute map-reading blindness, you can’t miss Stanley. It has it’s very own inbuilt honing beacon, a massive volcanic plug known as “The Nut”. The Nut rises 150 metres straight up out of the beach and peers over the cottages below like a friendly giant. The first European to see ‘The Nut’ was Matthew Flinders who recorded in 1798 that he’d seen a ‘cliffy round lump resembling a Christmas cake’.

Historical Photo of The Nut, Stanley viewed from the beach.

If you fancy a quick geology lesson, the plaque at the lookout reads: “The Nut, discovered by Bass and Flinders in 1798, rises abruptly 143 m from the sea to a flattish top. The geological survey of Tasmania has confirmed that The Nut is the stump of an old volcano. The original core was built of fragments mainly volcanic rock ejected by explosive eruptions. Molten basaltic lava welled up the feeder pipe and in places intruded into these fragmental rocks and formed a lava lake in the crater where it solidified. As it cooled the basalt became weakly magnetised in the direction of the local magnetic field of that time. The direction and dip of this fossil magnetisation is quite different from the present magnetic field and suggests that the volcano was active during some period between 25 and 70 million years ago. Weathering and erosion since has removed all the weak rocks which built the cone so that the hard basalt of the lava pool now stands up as a conspicuous landmark. If you modelled a cone and crater in sand and half filled the crater with molten iron through a pipe from below then jetted the sand away with a hose you would get the picture.”

If you’re really fit, you can climb up to the top of the Nut, but there’s also a chairlift. Unfortunately, on the day we were there, it was so windy that the chairlift was closed. Well, it wasn’t just when we were there. Stanley is renowned for being windy.

However, if you’re only interested in doors, you’ve probably had enough of my meandering waffle and just want me to show you the doors. You could also be thinking that when it comes to doors in Stanley, there isn’t much to show and tell.

Of course, beauty is in the eye of the beholder. I photographed these doors before I’d heard about Thursday Doors, so they’d caught my eye in more of a general sense. There might be doors which are much more photogenic, historic, or unique than those I’ve featured here. However, these are the doors I have. Although almost all of my contributions to Thursday Doors have been from Tasmania, I actually live in Great Sydney and can’t can’t just duck down to expand my scope. I have what I have. That’s it. 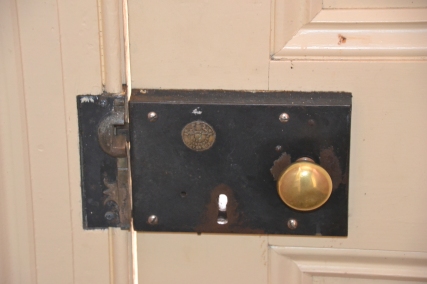 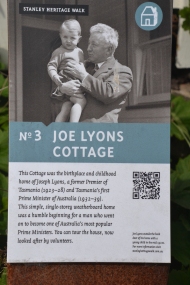 Above: Joseph Lyon’s former childhood home in Stanley. He was Australia’s only Tasmanian Prime Minister.

Lastly, I couldn’t leave Stanley without including this photo of the ubiquitous red phone booth:

Anyway, that ends our door tour of Stanley. If you’d like to read more about our visit to Stanley, you can check out Blown Away By Stanley