You’re in luck today. We’re having pancakes, and you’re welcome to your choice of tea or coffee. BTW, you might also want to pop back later as I’m also thinking about making a banana cake. Sadly, my best intentions of eating fruit, have gone off while I’ve been procrastinating or eating chocolate. So, in a case of twisted logic, I have to turn healthy bananas into unhealthy cake to prevent waste. It’s simply goes against the grain to thrown even bad bananas out.

Sorry, I’ve been away for a few weeks and I’ve missed our chats. I’m glad to be back. 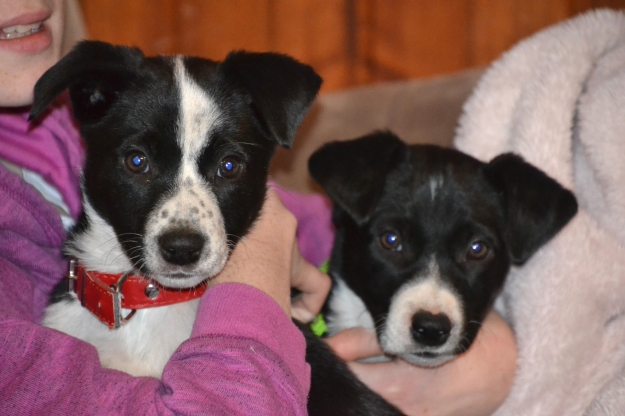 A few weeks ago, we welcomed two pups into the family…Zac and Rosie. I’d become pet rescue volunteer, and brought two pups home with a view of keeping one and fostering the other. However, both pups have made themselves at home and they’re so much fun to watch and cuddle as a pair, that it looks like they’re both here to stay. A friend of mine also vounteered with this organization and fostered two cats. She also kept both and that was the end of her fostering days. I don’t know whether we’ll foster more pups. I’d love to but with three dogs, it’s pretty much a full house.

The kids have been on school holidays for the last week. Now they’re getting older, school holidays tend to be more relaxing and a break from the daily grind and driving Mum’s taxi. My daughter has set up a big 10 person tent in the backyard and has had a few sleep overs. That was a great idea. Both kids have also spent time with my parents in Sydney. Yesterday, we also had a three-handed game of 500 with our son, which was pretty comical.

As for myself, I’ve been having ongoing difficulties with a residual cough and breathing difficulties due to Spring burnoffs and hayfever. I have about 60% lung capacity on a good day. So, I have been feeling short of breath and staying inside a lot more. Unfortunately, this means that I haven’t been doing my daily walks and my fitness is dropping off a bit. Just like every other mere mortal who requires more than a cattle prod to hit the pavement, it’s been hard to overcome the inertia even though I know it’s only going to make it worse. Even though I know that to carpe diem seize the day, I need to exercise and maximise the lungs I have, the lure of writing and doing my research is hard to resist.

Speaking of my research, I’m actually in the process of turning my family history research into something more substantial. I might’ve mentioned before that my 4th Great Grandmother was a Bridget Donovan from Midleton in County Cork, Ireland and that she was sent out to Australia under the Earl Grey Scheme as one of the Irish Famine Orphan Girls. Plucked out of the Midleton Workhouse, she was given a trunk full necessities to see her across the seas and start a new life in the colonies, where she was expected to marry and help ease the woman drought.

Well, after managing to reconstruct significant threads of her journey, I decided to see what I could find out about the 26 other girls who also travelled out to Sydney with her onboard the John Knox. This historical research game is very much like going fishing. You use your best bait and equipment, cast your line and hope for the best. Naturally, the girls with the more unusual names were easier to follow and you’re more likely to find snippets about people living in country areas unless they were either perpetrators or victims of crime or nasty accidents. Since the girls arrived in 1850 and gold was discovered in Bathurst triggering a massive gold rush,  not unsurprisingly I’m finding these girls getting married and heading straight for the gold fields. I am finding amazing detail in the old newspapers and in a marvel of newspaper forensics, I’m slowly building some kind of composite and am starting to sense a life, a person, character. I find all of this very exciting. All I’m starting out with, is often very scant details from the Irish Famine Orphans online Database and I’ve developed pages on many of the women I’ve researched so far. I think one has fallen through the net so far and I might’ve made a serious error on one and documented a few generations that aren’t hers but that’s ust between me and the gatepost at the moment. I’m just feeling my way through the dark and I’m just grateful to have found what I have.

I don’t know how you feel about history, but being a writer, it’s hardly surprising that I’m a storyteller and these old newspapers are just ozzing with fascinating stories, especially when you compare the 1850s to the modern bubble wrap era and add living in a frontier society for good measure. Moreover, being before the advent of the camera, there’s plenty of rich description and priceless little details of life “in the olden days”.

If you’re the researching type, you won’t be surprised to hear that I’ve become rather engrossed in my research and have shut myself off to the real world of 2017. I’m not sure that’s a bad thing. As a creative, I do tend to feel that the real world is highly over-rated. Moreover, Australia is currently in the middle of voting about whether to allow same-sex marriage. In certain quarters, the debate has become quite heated and there’s quite a lot of hate on both sides of the debate and quite frankly I find all of that quite ugly. I’ve sent off my vote and wish people would just let others live and let live. There’s more than an element of self-righteousness too, which I nturally adhor and given the high rates of divorce and domestic violence, I struggle to make a case for heterosexual marriage, but perhaps that’s just me. 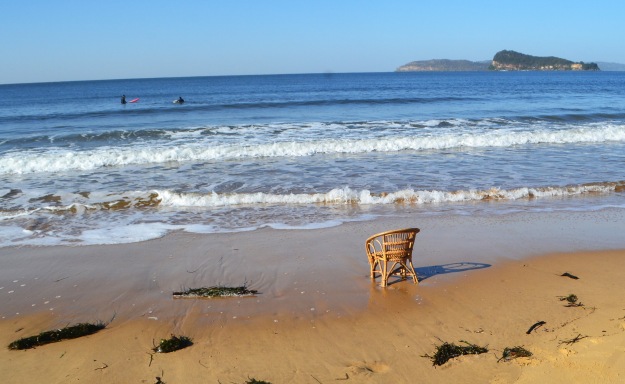 Umina Beach looking across to Lion Island and Palm Beach.

Anyway, it’s a lovely sunny day outside and it’s about time I hit the pavement and went for my walk. Better than that, the beach awaits. Yes, you’d think walking to a beautiful beach would catapult me straight out of this chair on a beautiful sunny day, but I know it’ll still be there tomorrow and the next day, while the opportunity to do nothing has become an impossible quest.

Now, it’s time for me to take my daughter and her friend down to the beach. No rest of for the wicked…or even the virtuous!

How has your week been? What have you been up to? I look forward to hearing from you.