Have you ever considered the different way we respond to physical injuries versus psychological trauma? There’s absolutely no stigma going to a physiotherapist to treat your physical injuries, whereas admitting to seeing a psychologist could well open a whole can of worms.

Quite a double-standard, isn’t it?

It’s now almost been two months since the horrific terrorist siege gripped Sydney as a gunman held 18 people hostage in the Lindt Cafe in Martin Place at the heart of Sydney’s CBD. While the hostages each have their own story, I am addressing the ripple effect which spread beyond the Lindt Cafe and held Sydney in its grip and is still rippling in the shadows. As evidenced by the thousands of floral tributes which overflowed through Martin Place and a Facebook request to send Christmas cards to Katrina Dawson’s kids spread; many, many people were deeply moved and grief-stricken over what happened. We truly and genuinely cared. This concern is naturally mixed with grief, fear and compassionate empathy and there’s naturally a need for psychological healing here too. There has been such grief for the Katrina Dawson and Tori Johnson…two courageous heroes…strangers we’d never met before.

The night before the siege, I broke my foot and I felt this coincidence provided an opportunity to explore the differences between physical and psychological healing. The hostages were interviewed at length on TV last night and they each have their story. Naturally, I am very mindful of their trauma and send them my love and prayers. However, I’m looking further afield at how Sydney is responding to its psychological wounds. Are we undergoing treatment?

As I mentioned in my previous post, I returned to Martin Place for the first time since the siege last week on my way home from a series of medical appointments. I usually go off on a bit of a detour on the way home and quite intentionally don’t declare my whereabouts. This is Mummy’s secret escape…an absolute indulgence. I usually end up in a gorgeously quirky vegan cafe in Sydney’s Surry Hills. There’s a portrait of “The Vegan Mary” at the entrance and they make the most scrumptiously divine Coconut Chai Lattes. They’re like drinking a coconut cloud.

However, this time I decided to go to Martin Place and pay my respects to the siege victims and survivors. I didn’t know what to expect. I naturally thought I’d get emotional when I reached the Lindt Cafe but what surprised me was the creepy uneasiness I felt even walking through Martin Place. Quite out of character, I wondered whether I should report in and call home. Let my husband know where I was just in case. After all, nobody knew I was anywhere near the city. I was meant to be on the train heading home, in the absolute opposite direction. If something happened, no one would know I was there. Not that anything was going to happen. After all, lightening doesn’t strike the same place twice. That said, we didn’t expect it to strike the first time either. Now, we’ve woken up. Sydney is on alert. Not red alert but we’re certainly no longer asleep.

You see, despite the superficial rhetoric that Sydney is back to normal, things have changed. Something has shattered and the pieces don’t quite fit back together like they used to. Everything is just ever so slightly disjointed, out of kilter. Although we’re getting on with it, that doesn’t mean we don’t feel or haven’t been changed. It’s only early days and it really does take time for any kind of healing…physical or psychological.

As I mentioned, I broke my foot the night before the terrorist siege. Therefore, the progress on the foot front provides a good platform to discuss how Sydney is psychologically recovering from the siege versus the physical healing of the foot. I should also mention that I live with a severe life threatening auto-immune disease and been through a bit of trauma myself…especially where my kids are concerned.

While I did play my violin in the Christmas concert straight after breaking my foot and I also staggered into school the next day despite excruciating pain to watch the kids perform in the end of year talent show, that all stopped after the x-ray. Once I knew it was broken, it was sentenced to 6 weeks in the protective boot and I was also prescribed Panadeine Forte and had to rest it. The kids were incredibly caring giving me a massage and doing everything for me…at least for a few days!! I’ve been severely ill before and the kids have never given me the red carpet treatment rolled out for the broken foot. That really intrigued me.

Six weeks later, I’m starting to ease out of the boot and started physio. Of course, she’s not sending me straight back out there cold turkey running along cracked and broken footpaths wearing my high heels. No, she’s given me a couple of very simple, basic exercises, which require many, many repetitions. These are aimed at retraining the nerve endings in my ankle to stop it from flipping over. This retraining process sounds very similar to the neuroplasticity in the brain. Hmm…I guess that means I have a brain in my foot.

While nobody’s been pressuring me to get over my broken foot, I do feel that Sydney is being pushed and expected to recover from the siege quickly. While it is important to reclaim our city and not let terrorism cramp our style, this can also be a gradual process. We are allowed to inch our way back and not just jump in the deep end when we’re not ready. It’s also perfectly okay to get professional psychological advice and support just like I’ve had physio to help my foot recover…even if you weren’t one of the hostages and perhaps don’t even work near Martin Place. 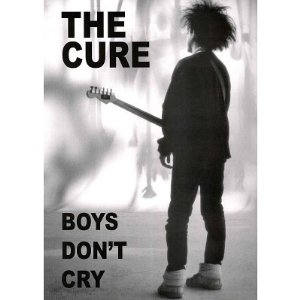 This psychological pressure to simply get over it is exemplified by these no doubt well-intentioned words from our esteemed Prime Minister Tony Abbott: “The whole point of politically motivated violence is to scare people out of being themselves. Australia is a peaceful, open and generous society. Nothing should ever change that,’’ Mr Abbott said.

“I would urge all Australians today to go about their business as usual”….

“Our thoughts and prayers must go out to the individuals caught up in this. I can think of nothing more distressing or terrifying.”[1]

Does anybody else see the contradiction? How could we simply go about our business as usual when 18 people were being hostage by a seeming terrorist? While people have been sympathetic and understanding about how long it takes a broken foot to heal, there is quite a double-standard when it comes to psychological trauma and scars. There’s this expectation that psychological wounds should heal quickly…almost like clicking your fingers…especially when you were indirectly affected. However, it seems quite logical to me that if you go through a dreadful, traumatic ordeal that you would have some kind of lasting reaction. Moreover, this reaction deserves (at the very least) the same kind of treatment, respect and TLC that my broken foot has received. This can include learning techniques and skills from a trained psychologist just like I’m getting exercises for my foot from the physio. After all, if you have a significant injury of any sort, it requires treatment.

Whether your wounds are psychological or physical, professional advice can boost the healing process. It makes good sense.

To make sense of the psychological kickback from the siege, we need to return to 15-16th December without injecting hindsight. While it is easy in retrospect to minimise the threat this lone wolf gunman posed, he had staged his campaign with maximum impact. Firstly, he chose the prominent Lindt Cafe opposite the Channel 7 TV Studios in Martin Place for maximum coverage. Then, he bluffed his way through the siege claiming his backpack was a bomb and that other “brothers” had bombs in other strategic locations in Sydney’s CBD. This threat had to be taken seriously and brought Sydney’s CBD to a grinding halt. The pre-Christmas rush vanished leaving an eerie ghost town behind. The Opera House and Cahill Expressway had been evacuated and Martin Place Train Station was closed. This was perceived as a potentially serious terrorist attack on Sydney and was dealt with accordingly. Thank goodness, it wasn’t but we still went through “the motions”.

Since then, events in Paris have also dwarfed what happened here. However, Sydney could have been a different story. We can not minimise what people have been through because something even worse happened somewhere else. Once again, that is the power of hindsight… something anybody who lived through the siege, didn’t have at the time.

As I mentioned earlier, the impact of the siege has rippled far beyond the hostages and their families. TV and other forms of media bring events right into our lounge rooms in vivid technicolour, drawing us in. We are human beings, not robots, so of course we have emotions, feelings…a response!!! Moreover, although Sydney is a big city, it still has an intimacy about it. Somebody always seems to know someone involved. As it turns out, I used to work closely with one of the Sydney hostages many years ago. I must admit I felt quite shattered hearing her talk about the intense trauma she endured on TV last night…especially when we were so bright-eyed and bushy-tailed all those years ago. That was my first full-time job.

There are also those people who work in or near Martin Place and those who frequent the Lindt Cafe but through some almost freakish twist of fate, they weren’t there that morning. They slept in. Missed the bus or were sick. Started a diet and swore off chocolate. Just like the siege survivors are asking, “why me?”, they could well be thinking: “It could have, or even should have, been me.” That intense sense of identification, another form of survivor’s guilt, deserves compassion just as much as my foot and yet these walking wounded have no walking sticks or boots to communicate their angst. Their own grief and anxiety seems hard to understand and perhaps even self-indulgent, attention seeking. They could well have a whole Pandora’s Box of questions, emotions and fears even though they were nowhere near the place. They also deserve hugs, understanding and compassion.

The whole question of the future of the Lindt Cafe in Martin Place confronts these psychological scars head on. Personally, I can’t understand how they could ever re-open it at that location but others have called for it to re-open and there will be a touching memorial inside. I know the chances of a repeat of the siege must be statistically unlikely but with all of Sydney open for coffee, I’d rather be gentle with my soul and go somewhere else. I don’t need to go through that emotional stress…especially when I’ve never been to the Lindt Cafe before.

I’d much rather head back for that heavenly Coconut Chai latte in Surry Hills and think about something else…like a buying a box of Lindt chocolates at the supermarket.

PS I should mention that just as people may experience Post Traumatic Stress Disorder, survivors can also experience post-traumatic growth. I have experienced both. It would be an intriguing process if only it didn’t hurt so much!!