“Even the knowledge of my own fallibility cannot keep me from making mistakes. Only when I fall do I get up again.”

As a parent, I frequently find myself encouraging the kids not to give up when they make mistakes.After all, making mistakes doesn’t mean you’re innately hopeless at the task. Rather, your mistake could just be a stepping stone to greater things further down the  track. There are also some tasks which just need to be done, mastered and you can’t just quit and give up. You have to persevere.

“Nothing in this world can take the place of persistence. Talent will not: nothing is more common than unsuccessful men with talent. Genius will not; unrewarded genius is almost a proverb. Education will not: the world is full of educated derelicts. Persistence and determination alone are omnipotent.”

Knowing how to get back on your feet and without letting your mistakes get you down, is as important as growing taller and going through all the usual steps which growing up entails. Indeed, overcoming mistakes and starting over builds resilience… that magic ingredient, which almost guarantees you a happy life if you listen to the so-called experts.

However, does all this psychological mumbo jumbo mean you have to like making these mistakes?

I don’t think so.

Last night, former Australian Cricket Captain, Steve Smith and bowler Cameron Bancroft apologised on national television for their roles in the ball tampering fiasco which took place in South Africa. I don’t know if I’ve ever seen anyone on TV as broken and contrite as these men, and it was painful to watch. Australians are fanatical about their cricket and it’s so easy for lounge room experts to criticize and judge. Something big went on over there. Something which caused three men in the team who from my knowledge, have always towed the line and been exemplary men. They desperately begged for forgiveness. Yes, I know they’ve been labelled cheats, but they are clearly exceptionally sorry. That’s enough for me.  I also hope those men come to forgive themselves, and that perhaps some good will come out of it, although it’s hard to see a sunny side now. Indeed, you have to be concerned. Will they be okay?

Fortunately, most of us don’t have to face the world for any of our mistakes. We can quietly hide away within our anonymity at home. Most of our mistakes aren’t as monumental either. Yet, it’s also important not to be swept away by the proverbial storm in a tea cup. It’s all too easy to cry over spilled milk, a burned bamboo steamer or even eggs that won’t separate.

This morning, our 12 year old daughter had an accident in the kitchen and burned the bamboo steamer. To be honest, she did a good job of it and over 12 hours later, the stench is still hanging round. Indeed, when you start thinking of burning wood, your mind does jump towards the worst case scenario and the potential dangers of cooking.

However, I didn’t want her to think she’s a bad cook, and that that’s an inherent, indelible part of her character. All she needs is more cooking lessons and to follow the cookbook. So, I told her about my own disasters in the kitchen, including burning the base off my mother’s saucepan making rice.

“Mistakes are the portals of discovery”.

This pep talk with my daughter this morning set me in good stead for my own cooking dramas tonight. We’ll be heading down to my parents’ place for an Easter dinner and I offered to bring a pavlova. I am well known for my pavlovas, which are made from scratch and are crunchy on the outside with lush marshmallow inside. Yum! Normally, I can whip up these pavs in no time at all, but tonight I just couldn’t separate the eggs and I went through something like twelve eggs to get six. Then to top off my troubles, when I successfully separated the final egg, I drop the yolk into the pond of 5 perfect egg whites. I’m surprised I didn’t scream.

My husband always says that a sign of a good tradesman is that they know how to fix or cover-up their mistakes. So, there I was desperate to remove that offending egg yolk without even a smear of yolk being left behind (because otherwise the egg whites won’t beat up). I fished the egg yolk out with a large skimmer spoon. That went pretty well, but there was still egg yolk left behind. So, I spooned out what I could, and tried putting the whites through a tea strainer. That’s didn’t look good either and was seemingly too efficient. By now, I could only try beating them up and if it didn’t work, start over. Phew, it worked and the pavlova actually made it into the oven. 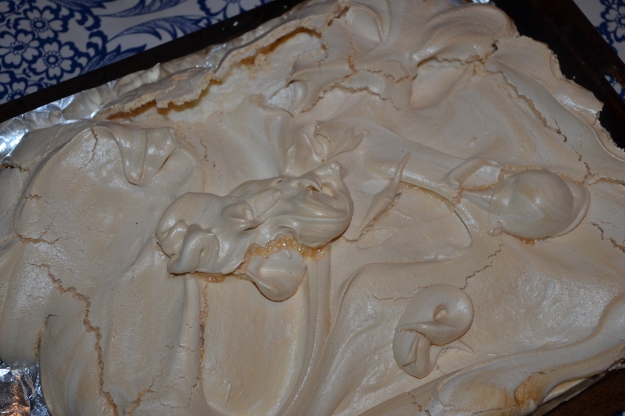 Sometimes, you can only laugh at your mistakes and no one else will be none the wiser. The pavlova looks spectacular and I am still the reigning Pavlova Queen. I can walk through the door showing off the pavlova with pride and it looks like we’ll be having pancakes beforehand to use up the eggs.

How do you overcome your mistakes? Have you written any posts sharing your cooking mistakes. I’d love to hear from you!

Mango dripping from our lips,

drowning in its sweet juicy syrup,

diving into the restless surf,

I have always known you.

evaporating into the night.

I thought you knew.

But you never said a word.

around in the dark.

I swear if it wasn’t for countless moments like this throughout history, so much literature, art and music simply wouldn’t exist. Just think of Keats and La Belle Dame Sans Merci

They say so often that youth is wasted on the young and now when I look back, I see so much self-doubt, crippling anxiety, paralysis. I especially remember being absolutely crippled on the dance floor. Sure, I wasn’t the most coordinated person but dance is about liberating your soul and expressing and sharing your spirit…not conforming to some inhibited social expectation.  Thankfully, I finally found my groove and left that inhibited shell behind and found my wings. Isn’t that such a beautiful thing?!!

This poem is pure fiction. Our son has to write 4 Haikus about the seasons and we were going through talking about each season, trying to pluck out its essence. Not just in the more conventional sense with Autumn leaves, snow and budding Spring. We live on the fringes of Sydney where all those images and symbols don’t apply. Seasonal changes here are much more subtle. Our clothes changes and the contours of the beach change but nothing dramatic…aside from pretty intense thunder storms but I think they can happen any time of year.

Anyway, feasting on mangoes is such a part of my Australian Summers. Not only eating the fruit itself but even licking my fingers and savouring the sweet juice. Hmm…heaven!

I’m sure mangoes and Summer passion go hand in hand and yet inhibition strikes at its core.

No doubt, we’ve all been there.

“Obsessed by a fairy tale, we spend our lives searching for a magic door and a lost kingdom of peace.”

Quite often, indeed far too often, life deviates from the plan or what we thought we’d signed up for and quite frankly, we wouldn’t mind a refund. We didn’t realise and certainly weren’t consciously  thinking we’d signed up for a fairytale or some kind of fantasy but as evidence mounts up to the contrary, it feels like we’ve been sold a fake or indeed a dud. The Prince and Princess find themselves living in a tent. instead of a castle.Their horse and carriage turns out to be the local bus. Not quite what they’d had in mind!!

Culturally, we perpetuate many ongoing fairytales such as Cinderella who finds her Prince Charming but motherhood and parenting have also been portrayed as quite the fairytale where we all play happy families. Happy families who know nothing about divorce, domestic violence, child abuse, poverty, homelessness, chronic illness, death. After all, aren’t we all just meant to keep smiling? 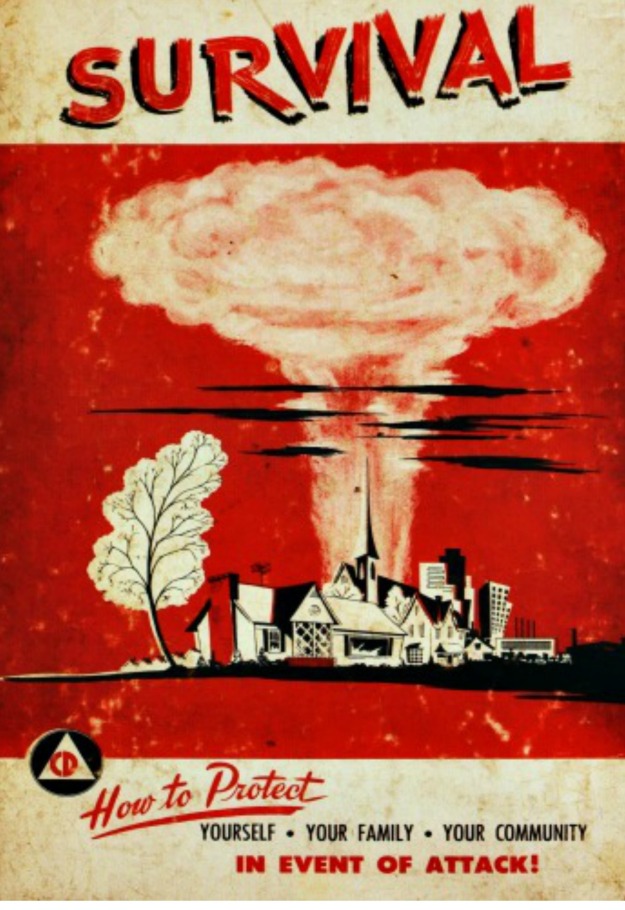 So much for the fairytale. School holidays can be explosive!

Surprise! Surprise! The prospect of having that perfect family holiday or having the school holidays go without a hitch can be just as much a fairytale as finding Prince Charming. Screams of: “Can’t you lot play happily together?”, “If you can’t share, it’s going into time out”, “Go to your rooms” resonate throughout the the burbs along with regrets and reflections on where it all began and wondering how it ended up like this.

After the consumption of all that Easter chocolate, I guess I should have anticipated trouble but they’ve been really good over the last couple of days and caught me off guard. There are kids visiting next door and they’ve all been playing exceptionally well together building elaborate engineering structures in the mud and gravel at low tide. They had a fabulous time but the kids went out today and ours were bored yet not wanting to go out or do anything either, which is when things really start to go wrong. That said, Miss did venture into the freezing swimming pool in her wet suit and actually managed to stand up on her surfboard , which was a very exciting achievement and I would have been totally over the moon if the morning hadn’t worn me out.

However,  it’s not just the kids who can ruin a family holiday. In case you’ve forgotten the Griswalds in European Vacation, parents can be just as guilty:

So here I am in Palm Beach which is pretty close to paradise but feeling frazzled. You could say it’s time for a Bex and a good lie down. However, experience tells me that lying down could be catostrophic. With the kids at large, something tells me I wouldn’t be singing: “je ne regrette rien” www.youtube.com/watch?v=Q3Kvu6Kgp88. I’d be lucky if the house is still standing!

On that note, I’ll just add that prior to my frustrations this morning, I was intending to write about Freddie the Front Door Frog who is an Australian Green Tree Frog. Freddie lived on the window ledge underneath my in-laws kitchen window, near Byron Bay for something like a decade. A firm believer of “if you’re on a good thing stick to it”, the kitchen light attracted a smorgasbord of insects providing Freddie with a very steady diet. He was one plump and very happy frog who, unlike so many of his kind, was actually benefiting from interaction with people.  he’d developed what you’d call a mutually beneficial relationship. While not as well known as his furry compatriots, Freddie is an absolutely gorgeous Australian.

Actually, it’s a shame Freddie is so far away. If a kiss can turn a frog into a prince, perhaps it could also bring the fairytale back to life as well.

As I head off to bed after further dramas thanks to the dog, I remind myself that “tomorrow is another day” and who knows? Perhaps, it might just be a fairytale after all!

“Every man’s life is a fairy tale written by God’s fingers”.

This post is part of the Blogging from A-Z Challenge which is taking place during April.