The Family Taxi is getting quite accustomed to chauffeuring our budding performers to rehearsals and performances. However, just because there was “another one”, that doesn’t lessen our excitement and enthusiasm, even if the petrol tank was getting thirsty.

After seeing our daughter place in a local dance competition through the week, last night we saw both kids perform in the Scouts & Guides: Central Coast Gang Show. Quite aside from being the proud parents and laughing at our son’s crazy assortment of pants and costumes including an orange sheet for a Flintstones’ scene, we had such so much fun. The theatre was intimate, and we were only three rows back from the stage. While we weren’t quite singing out load, I was definitely singing-a-long  in my head to the likes of Inspector Gadget, Flash Gordon theme, Pokemon, Teenage Mutant Ninja Turtles and Scooby Doo. Indeed, with all those great songs, I’m surprised I wasn’t dancing in the aisle. You see, I can be the ultimate in embarrassing mums. The highlight for my son came, when he played the third NASA Astronaut, Michael Collins, in a skit.

While you might think of knots and camping when it comes to Scouts and Guides, the Gang Show has been around since 1931 when Ralph Reader, a Rover Scout trying to make his mark in theatre in the USA and London, was asked to write a Scout-based variety show to raise money for a swimming pool for the Downe Scout Camp (now a Scout Association National Activity Centre). Rehearsals began under Reader’s direction on 25 May 1932. Initially the show did not have a title, but during a rehearsal break, he asked a cast member if everyone was ready, and the response was “Aye, aye Skip, the gang’s all here”. The first production, The Gang’s All Here, ran between 30 October and 1 November 1932 at the Scala Theatre in central London.[1]The show was not a sell-out, but enough was raised to fund the swimming pool and the show was well received. Baden-Powell, the founder of scouting, persuaded Reader to produce another show in 1933. This was The Gang Comes Back and ran for a week.Reader continued to write and produce the London Gang Show. In 1934 the show became The Gang Show and Crest of a Wave was performed for the first time, becoming over the years the anthem. In 1937 the London show became the first amateur production to have a Royal Command Performance (an honour repeated in 1957 and 1964). A feature film called The Gang Show, starring Ralph Reader and The Gang, premièred at the Lyceum Theatre, London in April the same year, and in New York in December 1938. Now, it appears right around the world- Gang Show Wikipaedia The Central Coast Gang Show has been running for 32 years.

What I love about the Gang Show, is that it gets a whole load of young people up on stage, who might never have considered getting involved in the performing arts. These kids are singing, dancing and committed to six months of pretty solid rehearsals. That’s not a mild-mannered undertaking. These are young people who are learning to express themselves in meaningful, productive ways and are building up essential qualities like perseverance, having a go and being part of a team. I also believe the stage shouldn’t be confined to the likes of Nicole Kidman and Hugh Jackman. We also need that amateur layer as well. Not as a charity case with positions occupied for those who couldn’t make it. Rather, because it offers us something else. A form of entertainment which isn’t Hollywood and that hopefully reflects, at least in some way, out local culture.

So, after all the excitement of watching my kids and all the rest dancing and singing under lights and going through a plethora of costume changes, the curtain fell and the Gang Show was over for another year. I have to admit there was a bit of disappointment. That sense of loss once the show is over. It was a great night.

Have you ever attended a Gang Show performance? Or, even been in one yourself? Where and when was it? What did it mean to you? I’d love to hear about your experiences in the comments.

As our tour of the Royal Sydney Easter Show continues, we’re onto Cake Decorating. A friend of mine won one of these categories a few years ago and dropped off my son’s Ninja birthday cake on the way to dropping off her prize-winning entry. I don’t know how she managed to drive it down. I would’ve been driving about 20 KPH the whole way and having an escort front and behind with flashing lights and a huge sign warning: PRECIOUS CARGO ON BOARD! I never felt like this when I was pregnant but some of these cakes really do look precarious, fragile and not something which should be moved.

To be perfectly honest, the level of creativity and skill was excellent across the board. The entire display so inspirational. So, I feel it is rather unfair to single any cakes out but unfortunately that’s the nature of things. I physically couldn’t photograph them all…especially given the crowds! 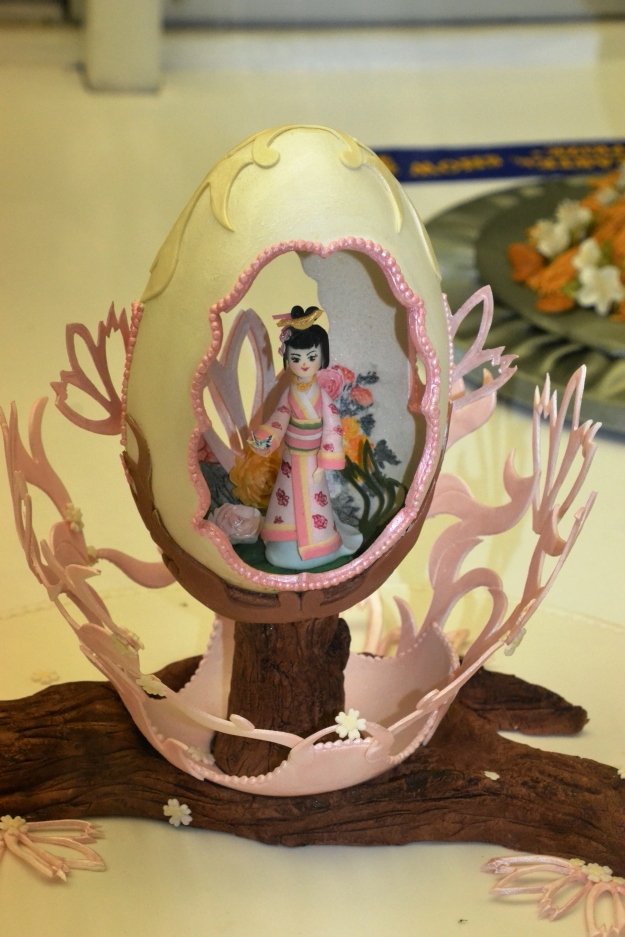 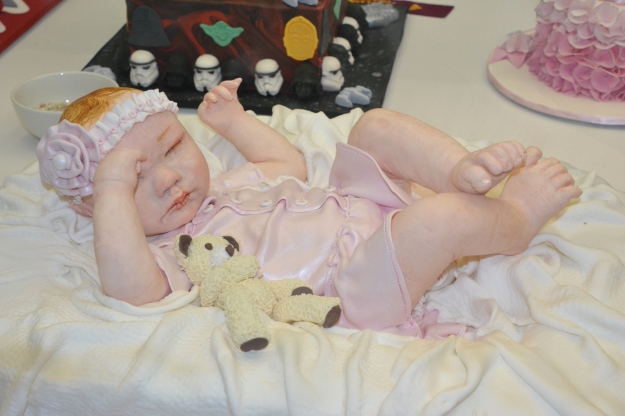 “May the Force be with you.”

I hope you’re having a great week!