While it was all very well for our Australian Prime Minister Sir Robert Menzies to follow Britain’s lead and declare war on Germany on the 3rd September, 1939, the reality was that our troops were far from ready to go.

Indeed, it appears that our young men had stuck their tooth brushes where the sun don’t shine, and their teeth were just as black. Just to give you some idea of the full scale of the problem, in September 1939 in regional Victoria of 2,477 men examined, only 301 were classed as dentally fit and many of those had upper and lower dentures.That’s not a lot of pearly whites!

With the army struggling to treat almost universal dental annihilation, the NSW branch of the Australian Dental Association set up a clinic at the showgrounds where a team of 80 volunteer dentists worked in relays of twelve. These volunteers included my grandfather, Bob Curtin, who had a dental practice in Macquarie Street and you can see him hard at work in the photo above.

By the time the clinic closed in September 1941, 66,991 teeth had pulled out along with giving 97,763 fillings and supplying 19,318 dentures. I can’t help wondering what happened to all those teeth and whether they’ve all been stashed somewhere in one of these construction holes you see in the ground. I’ve never thought of teeth as landfill before but given those numbers, disposing of all those teeth must’ve been a consideration. Or, perhaps the tooth fairy took off with the lot. In that case, leaving a penny under all those bottles of beer, must’ve cost her a pretty penny.

Not unsurprisingly, the soldiers themselves were less than enthusiastic about fronting up to the dentist. Indeed, one soldier we’ll just call “Jack” spilled the beans on what was known as the “Dental Clinic Racket”. This was not only a way of avoiding the dentist. It had the added bonus of getting them out of all sorts of duties so they could head off to their “bung-hole” (bed) instead:

“To secure, immunity from distasteful tasks by this means a soldier would first make an appointment with the clinic. He would show the appointment slip to the sergeant and be sent away from the kitchen, or some other fatigue to keep the appointment. At the clinic he would plead some excuse for delay, and the dentists, always willing to oblige, almost invariably agreed, to make an appointment for another day, The soldier was then free to go to his”bung-hole” and rest. But we have a checking system from today which will kill that dodge. Of course, in a day or so, the boys will think up a new one.”

Jack then goes on to say that the dental clinic made a raid on his unit that morning:

“All the boys were examined for dental defects, and if extractions were required, hustled straight over to get the works. I’ve seen some of those boys rush up a hill with fixed bayonets, yelling like madmen. The enemy was only imaginary, but I know that they would, and-will, do tho same when shot and shell are flying. But when these men were told to face the Dental Corps they paled, and almost had to be driven to the clinic. If the Dental Corps, had the same effect on an enemy, they would make ideal front line troops.” 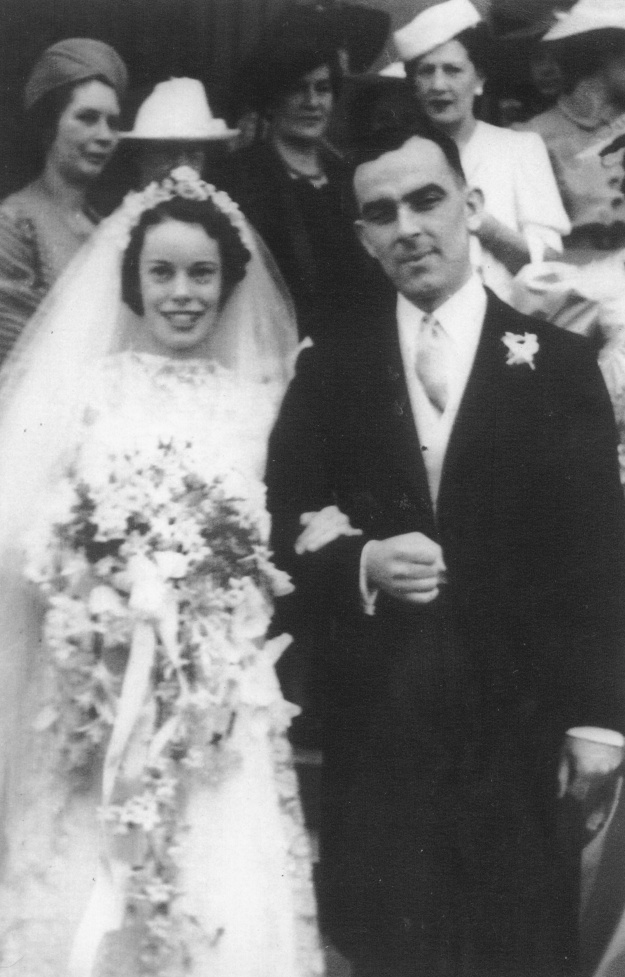 As it turned out, 1940 was a busy year for my grandfather. That photo appeared in the Daily Telegraph on Tuesday 2nd July, 1940. While my grandfather was flat out trying to maintain his dental practice while volunteering out at the showground, a young concert pianist had returned from London to tour Australia with the ABC under famous English conductor, Sir Thomas Beecham. While I’m not exactly sure of when they arrived in Australia it would appear they arrived in March, 1940. At some point along the way, my grandmother was in Sydney and had a toothache. Her brother Les had gone through school with my grandfather and I’m not too sure if that’s how she ended up there with that toothache. However, that was the beginning of a new chapter in our history. They were engaged n the 23rd August, 1940 and married in December.

Well, wrapping this up has been a bit of a rush job as I’m off to a concert at the Sydney Conservatorium of Music tonight and I want to potter around for a bit while I’m down there.