The last week has been pretty intense for our daughter.

Last week, I finally managed to get her to see a vocal speech therapist about the vocal nodules which were picked up a few months ago when her gastro-intestinal issues were diagnosed. These nodules are like calloused blisters on your vocal chords and by the time we finally reached the specialist all that yelling at brother and mother not to mention stomach acid, had created quite a hurdle. Sure, we knew her voice could be quiet but there was also the shouting and we’d I guess just become accustomed to her squeaky little girl voice which my friends considered “cute”. My daughter loves singing and so having trouble with her voice, indeed, being diagnosed with severe vocal nodules and talking about how her voice is already struggling to produce full words was alarming, catastrophic. In essence, I was told that her voice was badly broken and needed the vocal equivalent of a wheelchair. At the moment, that is temporary and there are exercises and quite a lot of restrictions. Failure to cooperate will have serious consequences and I don’t think she’s just talking about “down the track” or “in the long run”. We’re talking NOW!

Of course, after all of that bad news and feeling like I’d been zapped with a stun gun, we succumbed to retail therapy. I can’t even remember what I bought her but I bought myself an adult colouring-in book with motivational quotes inside as I felt myself being sucked down a very long drain pipe.

As a kid, I could never understand why my mother became so distraught when something happened to me but now I finally get it. 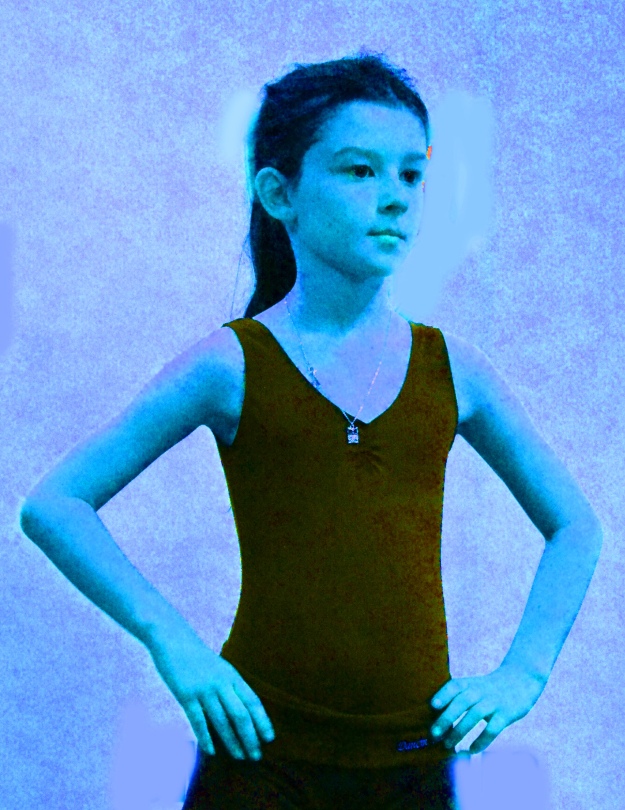 When something happens to your kids, you actually feel 1000 times worse because you wish it had happened to you and you KNOW that you are somehow part of the problem and there’s that incredible, crippling stomach-churning guilt. Either you should have stopped it. Acted sooner. Jumped in your private ambulance and pushed the accelerator flat to the floor and driven like a bat out of hell.

That’s what my grandmother did after my uncle sustained third degree burns to his hand while she was changing his brother’s nappy and I think her pressure cooker also exploded that morning leaving beans glued to the ceiling. 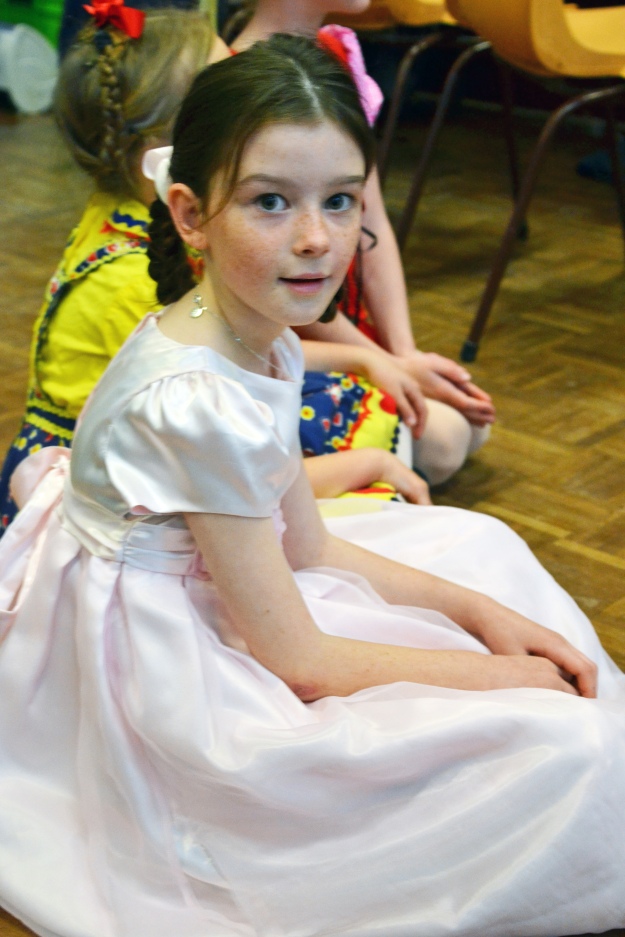 Miss as Gretel from the Sound of Music.

Anyway, Miss isn’t supposed to sing at all at the moment and I can’t quite remember the speech therapist’s exact words. However, essentially her voice needs to pack its bags for a bit and sit on a beach and read through that stack of books which is falling down beside my bed. Being a kid, there will be so cocktails but I’ll allow her a lemonade with a slice of lemon and one of those cool and groovy little umbrellas on the side.

However, let’s get back to the real world. 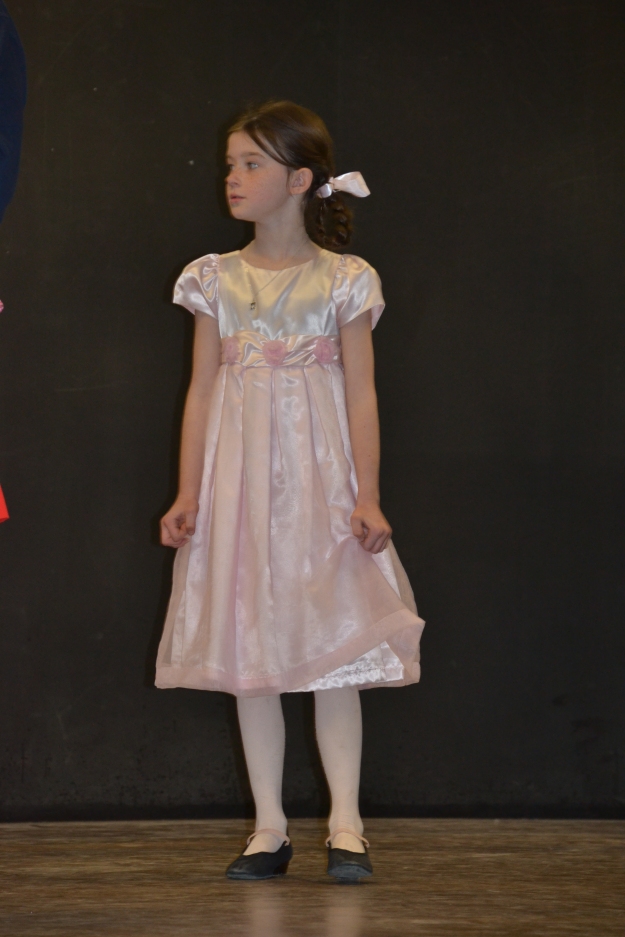 My little girl is growing up but for a precious moment, time stood still!

Last Sunday, Miss had her mid-year dance concert and she also does Musical Theatre. Not even a week after being told not to sing at all, there she was, crime of crimes, up on stage singing…singing a solo even. It was only one line but just like you pinch the last chocolate and hope you don’t get sprung, I knew this was a stolen moment. That one line was no doubt doing damage but when I saw her up on that stage in the baby-pink satin dress being Gretal from The Sound of Music, even if it was only an excerpt and they were only in the school hall, I was so incredibly proud!! It also made me tear up a bit as they sang: “So long, Farewell”. With my bad health over the years, these dance concerts are emotionally confronting but this time when I saw her dressed up as a little girl and knowing she is growing up so fast, I couldn’t help but feel I was waving goodbye to her. After all, next year she turns 10! 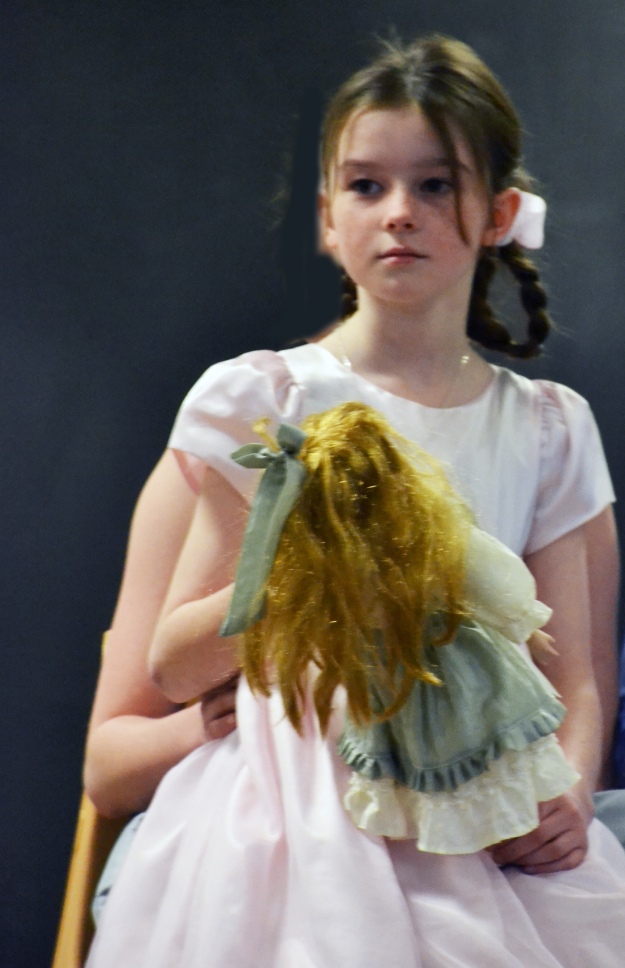 We returned to the speech therapist this week and had good news. She had noticed an improvement just in that first week. She has been given more exercises and appointments are shifting from weekly to fortnightly. I know I can be a master of denial but I was very relieved. After seeing my grandmother lose her voice after a series of debilitating mini-strokes and what that meant to her, knowing that my daughter had already lost much of her voice was devastating. Therefore, ever the faintest glimmer of hope and improvement is such a relief! We are actually turning the tide.

Just to elaborate on this “we” business a little, my voice is also struggling at the moment and I am doing my daughter’s exercises as well not just to support her but to also let my own voice out of jail. It’s very hoarse as well.

So what with dance concerts, musical theatre and good or at least, improved news from the speech therapist, those dark, heavy rain clouds lifted and a rainbow appeared!

How do you feel when your children experience similar setbacks?