Welcome back to Places I’ve Been, my theme for the 2020 Blogging From A to Z Challenge, which is rapidly drawing to a close. I had considered heading to Victoria, and was going to write about visiting the vineyards of Australia’s Hunter and Barossa valleys. However, as experienced in previous posts, I’ve been having a lot of trouble digging up my old photos and so I decided to bail. So, instead, I’m writing about where I’ve played my violin, although I’ll also throw in my daughter’s grand violin performance, which humbles mine completely. Indeed, I’ve become her humble shadow. 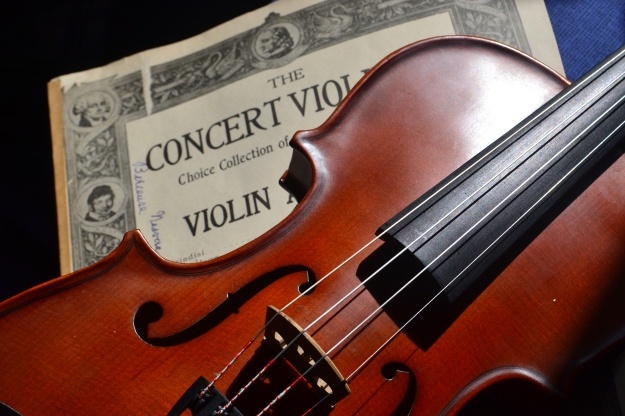 My violin journey began as a child when I was learning Suzuki violin from Yvonne Gannoni, who I recently found out had studied at the Royal Academy of Music and had stellar talent. In the 1970’s, she was teaching Suzuki violin from her home in Pymble on Sydney’s North Shore and also at Glenbrook in the Blue Mountains. What I remember most about her, however, is her bright blue eye shadow and colourful kaftans. At least, I think they were kaftans, and they sort of fit in with the era. She was a larger than life, flamboyant figure who held her annual concerts at nothing less than the Sydney Opera House, where groups of students would perform the Suzuki repertoire. It was in hindsight, absolutely fabulous.

It was my brother who was truly learning violin from Miss Gannoni, while I was learning the piano from my beloved Mrs Gaut. However, I had to wait for my brother’s lessons to finish and somewhere along the way, I decided to take up the violin. Unfortunately, my efforts at the violin were very short-lived as I couldn’t get either my head or my fingers around how to hold the bow. I think I stuck at it for a year and that was that. Unfortunately, in that very short time, I never made it to the Opera House. 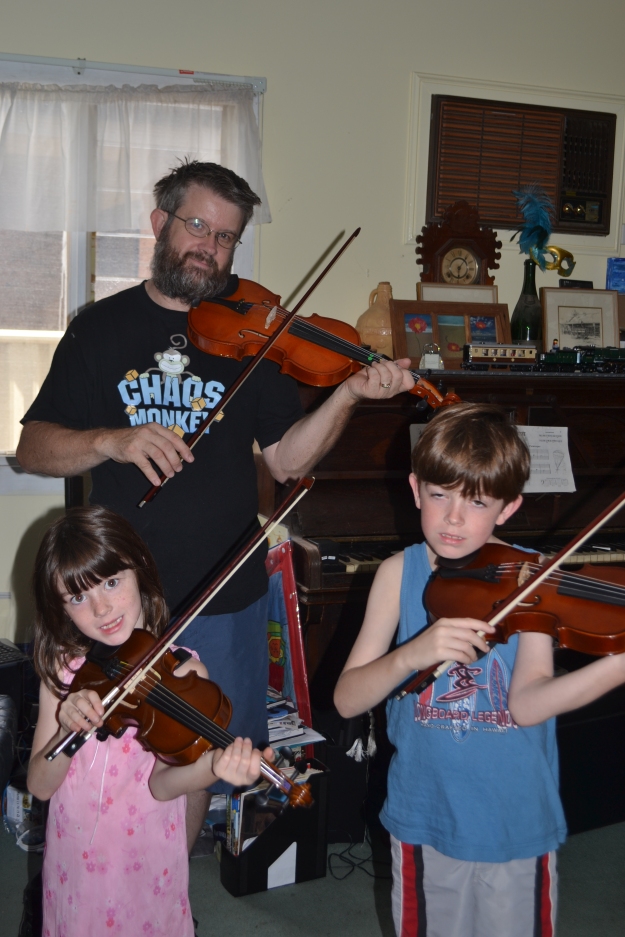 The family playing violin from Suzuki Book 1 in 2012.

That could well have been the end of my love affair with the violin. However, when I was around 25 and working in the city, I was walking through Sydney’s Queen Victoria Building and heard a busker playing Meditation By Massinet. Ever reflective and tinged with melancholy, this piece of music was absolutely magnificent and seemed to be playing my soul song at the time. I even bought his CD, which was very unusual for me.

I was quite surprised when my mum ordered me a violin cake for my birthday in 2012. It was something of a premonition! Good on you Mum!

Fast-forwarding to 2012, our daughter begged us to learn the violin. I wasn’t altogether sold on this, because the general consensus was that the piano would be a better first instrument. Moreover, with my mother being a piano teacher, accompanist and former student of the Sydney Conservatorium of Music and my grandmother being a concert pianist, the piano was a natural destination. However, the piano never really spoke to me in the same way it moved my moher and grandmother and my cousin is a cellist. So,  contrary to my upbringing, there were other instruments and you didn’t HAVE to learn the piano. You could diversify. 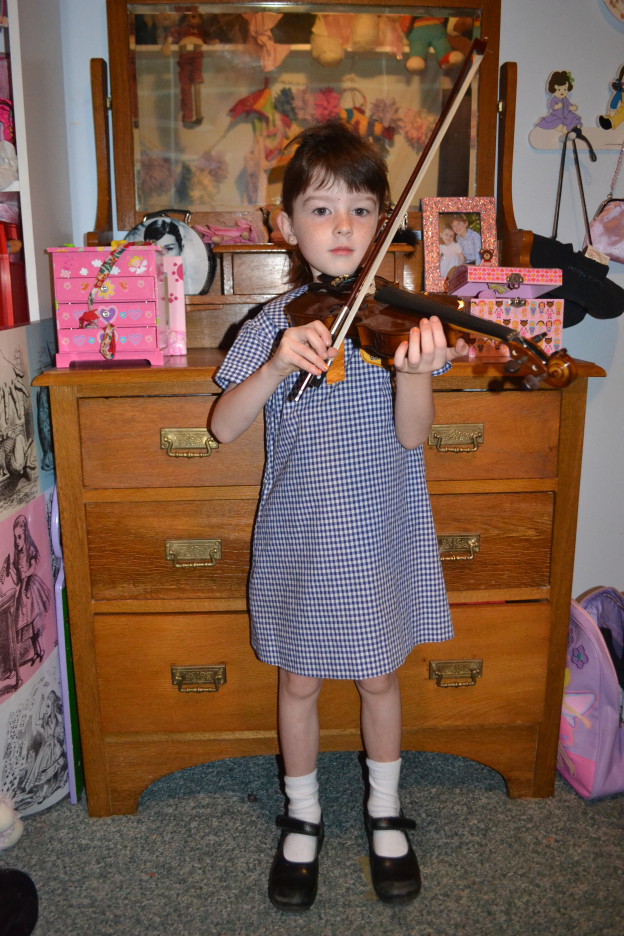 That’s how we found ourselves one afternoon in term one 2012 with my daughter kitted out with her eighth size violin. At least, I’m pretty sure it was an eighth. The teacher offered for me to sit in. I didn’t know this at the time and her teacher wasn’t Suzuki trained, however, part of Suzuki’s approach is for the mother to play and for the child to play alongside the mother and learn music in the same way they almost seem to absorb language. Anyway, when we came home, it soon became clear that my help was required and that year of Suzuki training I’d had under the Great Yvonne Gannoni was being summoned back from the very deepest depths of memory. We pulled Geoff’s grandfather’s violin out of storage and that was to be my instrument until the Ebay violin arrived from China and I later moved onto the Stentor I still play today.

As it turned out, our daughter’s relationship with he violin at age 6 was short-lived. After a very passionate start, we went way and when she came home, her violin was screeching like a dying cockatoo, which not only assaulted her ear drums, but also her pride. The end didn’t come quietly or through neglect, but rather stormy angst and heartfelt tears. I continued on with her lessons until the end of term and kept going.

At the end of the year, the music school held their annual concert at a rather impressive local music venue, Lizottes, which was owned by Australian rock legend Diesel and his brother and all sorts of famous local and international acts had performed there…along with little old me in our violin ensemble. As we hung out together in the “red room” downstairs, we had a taste of the big time and boy it felt good, even better once we hit the stage. It was exhilarating. I even won an award.

Perhaps, it was the thrill of this success, which gave this novice and not very proficient violinist the pluck to pose with her violin outside Byron Bay Lighthouse. Indeed, this was actually more the photographer in me than the “budding” musician. Aside from the Sydney Opera House, what better backdrop could you ask for? I was just hoping against all hope, that nobody asked me to play. Boy, that would’ve had been scuttling off for cover, which of course they did. OMG!!! What was I thinking? 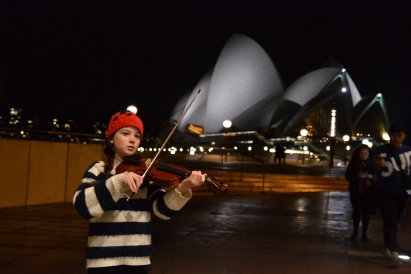 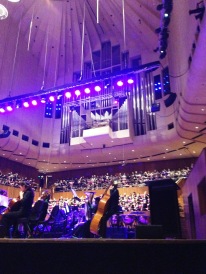 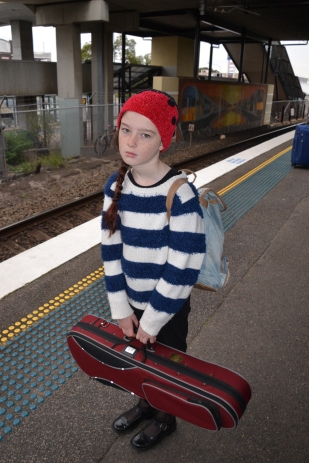 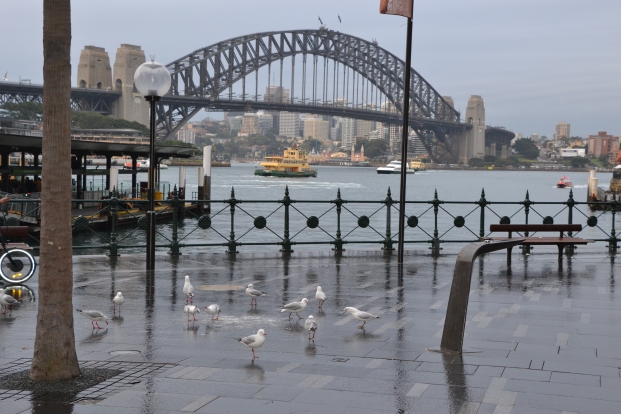 Anyway, I still haven’t made it to the Sydney Opera House. As the years go by, and my hopes rapidly fade of ever pulling off that much needed 10,000 hours of practice before I’m beyond a Zimmer frame, I’m now needing to find a fresh sense of purpose for my violin. Indeed, I need to find a tribe, which is not so easy where we live, especially when I’m not getting a lot of practice in.  My lessons are currently on hold due to the coronavirus, and I’m reconsidering everything. I need to find a way forward, which is seriously heading off along the road less travelled. It would be so much easier if I played the guitar. However, I’m a violinist. It’s a different sound, which comes from a different place, and I don’t want to lose that precious part of me. Somehow, I need to hold on. 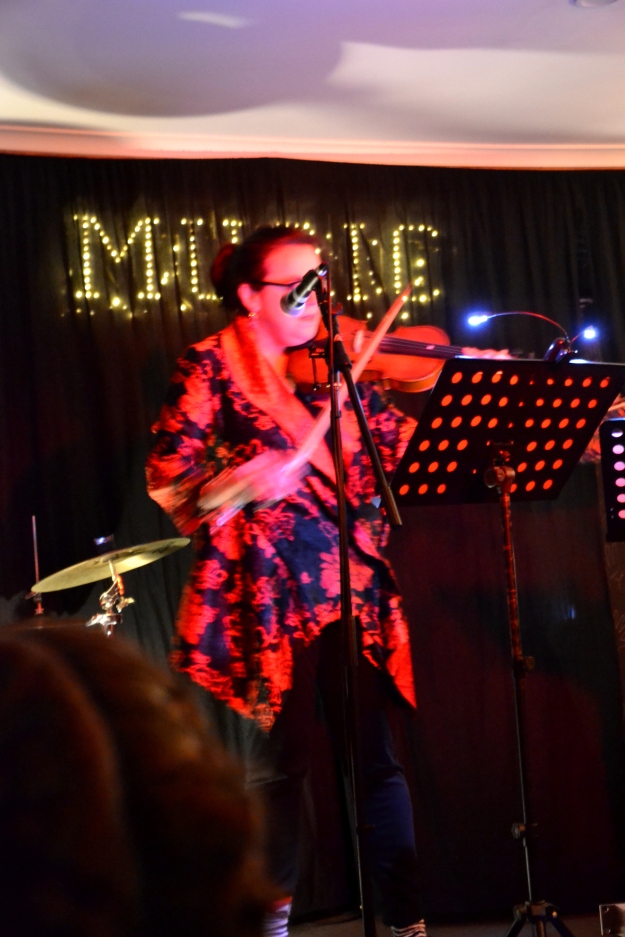 Have you ever learned the violin? Or, perhaps you have a favourite piece of violin music? Or, you play something else? Or, you might even hate the violin and it’s dreadful screechings and squarkings. You don’t need to tell me just how vile a violin can sound, particularly in the early days. I know!!!