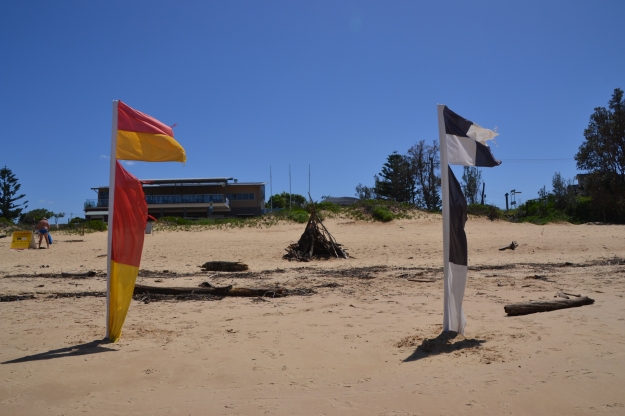 Perched on top of the ridge, the dingo pack was salivating.

“All systems go.” The dingos howled. Right on cue, the humans were zipped inside the tent.

In a flash, the lamb chops were gone.

“Dingos??!!!!” Sally screamed.” When I agreed to go camping, you said NOTHING about dingoes! How are we going to see that “magical night sky” now?”

“OMG, the dingoes got our lamb chops.“

“And my Nikon camera!…HOTEL NOW!”

This has been another contribution to Friday Fictioneers hosted by Rochelle Wishoff-Fields. PHOTO PROMPT© Jan Wayne Fields.

It’s very late here and I plan to come back and polish this tomorrow. Although the tent in the photo prompt this week is quite modern, I was reminded of the tragic case of baby Azaria Chamberlain who was taken from her family’s tent in 1980 while they were camping at Ayer’s Rock or Uluru. This was one of the most debated and controversial court cases in Australian history.

Azaria Chamberlain (11 June 1980 – 17 August 1980) was an Australian 2-month-old baby girl who was killed by a dingo on the night of 17 August 1980 on a family camping trip to Uluru (also known as Ayers Rock) in the Northern Territory. Her body was never found. Her parents, Lindy and Michael Chamberlain, reported that she had been taken from their tent by a dingo. Lindy Chamberlain was, however, tried for murder and spent more than three years in prison. She was released when a piece of Azaria’s clothing was found near a dingo lair, and new inquests were opened. In 2012, some 32 years after Azaria’s death, the Chamberlains’ version of events was officially supported by a coroner.Wikipaedia

I was 11 when Azaria Chamberlain was taken. Everyone not only talked about the case, but debated and had a stance and Lindy Chamberlain was vilified. I also remember jokes going round school at the time. Racist jokes were equally popular back then so there wasn’t alot of consideration on many, many fronts.

Dingoes, which had seemingly passed under the radar, were also vivified and would’ve starred in “Australia’s Most Wanted”.

The difficulty is that humans and dingoes in Australia have been co-existing for thousands of years and dingoes are Australian natives.

Here’s a bit more about the dingoes:

“Dingoes know that humans are an easy way to get food, and you will often see a dingo watching fishermen, and waiting for free fish. Dingoes also occasionally tour through campsites and sit of the periphery of a camp, watching and waiting for an opportunity to be given some free food or to find some left over scraps. In most cases dingoes simply sit back beyond the light of the camp and watch. If a dingo chooses to sit near you feel very honoured and enjoy its company but do not try to approach the animal, and don’t try to lure it with food. Dingoes do not like to be patted so please never reach out you hand to pat them, especially over their head. This is seen by dingoes as predatorial behaviour and very threatening.

Dingoes are shameless thieves, and will take any opportunity to steal whatever they can from you. This is not because the item has your scent on it and they see it as a food item, it is because they love to play with whatever new and novel item they can find. Do not leave your thongs outside your tent, or leave anything out of your vehicle that you can’t afford to have stolen. This obviously includes food, but also includes sleeping mattresses, which they love to tear up into small pieces, and anything else you own including expensive camera equipment!”

Hope you’ve enjoyed something of a trip to Australia this week.