Continuing on from yesterday’s post, the saga of Maud Butler continues.

It’s hardly surprising that the discovery of Maud Butler, a young woman masquerading as a soldier on board the troopship Suevic, attracted a lot of attention. As soon as the troops on board got wind of it, she was snapped by the likes of 500 cameras and also they passed around the hat raising £600 as a “dowry” to get her home. She was mentioned in soldiers’ diaries and a couple even messages in bottles, which were hoisted overboard before they left Australian waters. Newspapers all round the country shared her story and also used her determination to get to the front, to rally men to enlist. Shame those wretched shirkers into enlisting and doing their bit. Not unsurprisingly, Maud Butler’s appearance in a man’s uniform, also raised questions about the role of women and affronted conventions of the time. However, while her actions were unconventional, to many Maud became a sort of hero. 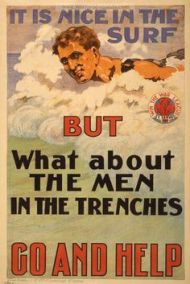 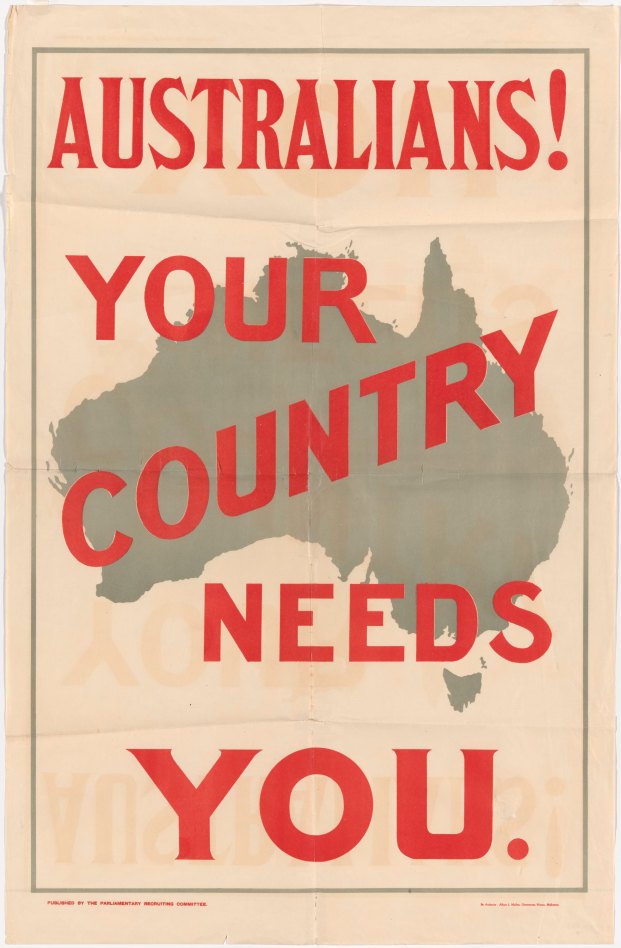 As I said, Maud’s presence on board the Suevic attracted additional media attention to that particular voyage and details about conditions on board were captured, which (from what I can glean) often went unreported. These everyday details don’t matter much when you have thousands of men to tell the story. However, over 100 years later, their voices have fallen silent. Perhaps, it’s particularly important for those of us who had family who served to know their journey from start to finish, and to not just read the headlines. Know about the battlefield. I, for one, needed to have some understanding of what they went through. After all, I’ve always taken this quote from Harper Lee in To Kill A Mockingbird  to heart, adapting it to my own sense of walking in someone’s shoes:

“You never really understand a person until you consider things from his point of view … Until you climb inside of his skin and walk around in it.”

As it turns out, the troops on board the Suevic produced their own on board newspaper called The Sports Company’s Gazette. It was edited by Lieutenant Webbe, a Hansard Reporter and  Lieutenant Wells and Private Tom Dawson were associate-editors. The Art Editor was Private C. V. Walters, who’d worked as a process engraver for The Sun newspaper before going into camp[1].

According to Elise Edmonds, Senior Curator, Research and Discovery at the Mitchell Library, such newspapers weren’t uncommon.:

“Articles published highlight the day to day cares and routines of the ordinary serviceman. There is much poetry – sentimental verse, along with examples of black humour, prose, photographs and drawings. Soldier illustrations often consisted of caricatures of military culture, enemy forces, or the political situation. All the articles and artwork were created whilst in trenches, at military bases and on the troopships – either heading to war, or on the way home in 1918 and 1919. Writing, illustrating and editing these publications was a good way to reduce boredom or the tension of military life.[2]”

Of course, Maud Butler rated more than a passing mention in The Sports Company’s Gazette. It reads:

‘Knowing what we do, we should all be proud that Australia can breed girls heroic enough to brave the dangers of a troopship, and the terrors of war for their country’s weal. There should still be plenty of men, however, and Miss ___ goes back to Sydney with our best wishes. May she marry a man worthy of her. We give her the following as our dowry: —

Who wished to go fighting abroad:

One day sailed away In Khaki array

And said ‘Who will think me a fraud ?’

An eagle-eyed captain we had

He made her blush red

When next day he said

And Maudie’s adventure was o’er;

She’s way back in Sydney once more;

She shed a few tears;

We gave her three cheers.

And wished her good things in galore[3].

The following appeared in The Sun:

GIRL ON THE TRANSPORT HUMOR AND GOOD VERSE

The newspaper Industry flourishes at sea these days. Every troopship that rides the waves produces a sheet which contains more or less newsy stuff, and it is extraordinary how the man with the touch of humor is discovered. The last paper to see the light has just come to hand. It was well edited, and handled a variety of copy capably. It recorded in quite a dignified manner the disappearance of Private H. H. Brown, of the 18th Battalion, who, it was supposed had fallen overboard at night….

The humorist showed up in a report of a concert at which he said the absence of ladies in the audience was greatly deplored, the only lady passenger having found it necessary to disembark before they said good-bye to Australia. The reference, of course, was to the adventure of Maud Butler, the little Kurri Kurri girl. How Maud was discovered is thus expressed:— A muster parade had been called, and the adjutant was gently floating round the ship looking for shirkers. Presently his eagle eye glared on a young private, and he asked, “Well, my lad, why aren’t you parading with your unit?” The lad stammered, and replied, “Sir, I cannot find my unit.” “Probably not,” said the adjutant, whose searching glare had disclosed the fact that the offender’s trilbies were not encased in service boots, while the jacket was minus battalion numbers. After a back view he said in his dry and official manner, “You are a stowaway, and it will be necessary for you to be examined by the medical officer.” Exit soldier and adjutant. It was afterwards announced that the soldier was a dear little girl. The wireless got to work, and Maud was sent by to Melbourne. She was still dressed in khaki, but carried in addition a cash belt containing £23, generously sub scribed by all on board, so that on her arrival in Melbourne she could secure the necessary raiment to enable her to resume her proper station in life. What everyone wants to know, the story concludes, Is why the adjutant objects to that delightful song entitled Come Into the Garden, Maud. The theme Is then taken up by the Limerick man, who under the title Maud of the Mercantile Marine writes: —

Secreted herself on ship board.

Had plenty of pluck,

But the venture turned but quite a fraud.

She climbed up a rope in the dark,

But the adjutant wise

And so put an end to her lark.

Which proves she’s a woman, the dear!

Her person to claim,

The sheet had its sporting page conducted by “Bill” Corbett’s understudy, and it also dealt with the ceremony associated with crossing the line, as well as getting off a great many good-natured hits at the expense of officers and men alike. The sheet was edited by Lieutenant Webbe. Lieutenant Wells and Private Tom Dawson were associate-editors, and Private C. V. Walters, who before he went into camp was a member of the Sun process engraving staff was the art editor. ‘

A touching poem  At Sunset by George A. Aldworth, of the 20th Battalion. Also appeared in the Suevic’s  Sports Company’s Gazette. However, I felt George warranted his own post so stay tuned.

Do you have any connection to Maud Butler or someone who served onboard the Suevic? Or, perhaps your loved one also served in WWI? If so, please leave details and links in the comments below.

If you are interested in Maud Butler’s story, here’s a couple of posts of interest.

A children’s book https://www.cessnockadvertiser.com.au/story/5014176/book-pays-tribute-to-mauds-fighting-spirit/ has also been written and I’m about to place my order. Hunter historians John Gillam and Yvonne Fletcher and illustrator Paul Durell have brought Maud’s extraordinary story to life in the new book “You Can’t Fight, You’re a Girl!”

As I mentioned in my previous post, my Great Great Uncle Jack Quealy served in France, but my husband Geoff’s Great Uncle Ralph French was Killed in Action in France. We also have quite a few other family members who have served. Our son will be visiting the battlefields of France as part of a history tour with his school next year and will be spending ANZAC Day at Villers-Bretonneux and I wanted him to have some idea of what happened before he left.

After all, we talk about “Lest we forget”, but a hundred years later, we don’t remember. We don’t know. Of course, we can’t know everything about the past, but for me it’s not only important from a point of respect and gratitude. It’s also helpful to know what these people went through and how they handled this dreadful period in history provides valuable life lessons, which are just as relevant and needed today.

I also needed to know what it was really like for them to be there. Not from us imposing our own interpretations over the top. Rather, I needed to hear their stories directly through their own voices. Despite studying Australian History at Honours level at university and being gripped by Australian and family history most of my life, what they told me was quite different and much more complex than I expected. They needed to be heard.