Just over three years ago on the 9th May, 2012 Beyond the Flow was launched into the blogosphere. While I would love to say that the launch was heralded by all the fanfare usually reserved for a royal birth, it was, however, more of a mild-mannered affair. Indeed, the only attention my incredible launch attracted was one measly comment:
Mr WordPress May 9, 2012 at 5:35 am
Hi, this is a comment.
To delete a comment, just log in, and view the posts’ comments, there you will have the option to edit or delete them.
Indeed, it wasn’t even a real comment. How disappointing!!
Just to compound my woes, to this day, that very first post still has no likes and is still saying:
“Be the first to like this”.
If you feel like being nice to this poor, neglected post, or even taking pity on it, you can visit it here: https://beyondtheflow.wordpress.com/2012/05/09/hello-world/

Can you believe it? This is hardly how you’d expect your entry into the new world of blogging to start out, is it?!! After all, where were the legions of fans just hanging off my each and every word?
Evidently, they were some place else…going for a walk or even washing their hair perhaps? Who knows? Surely, it had to be something exceptionally important?!
Well, I guess not. 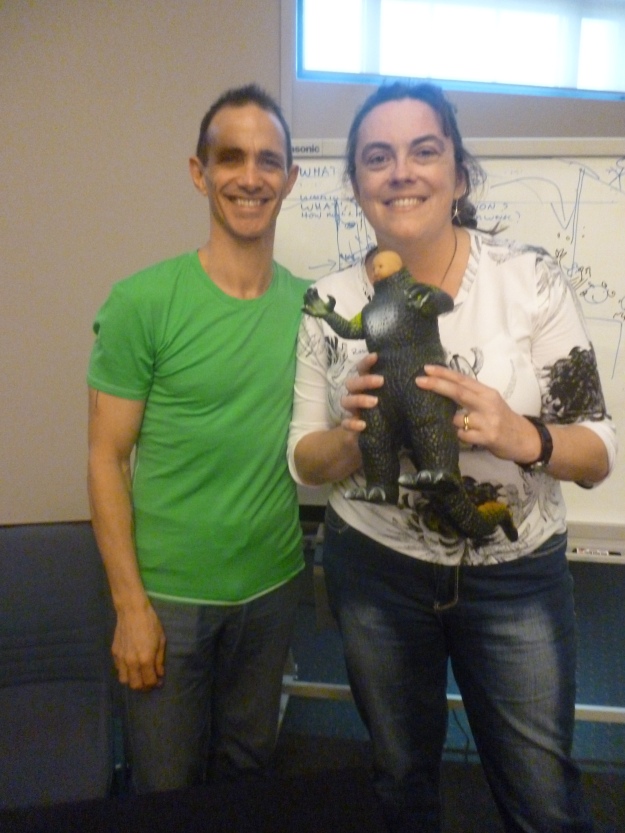 Photographed with best-selling Australian author Andy Griffiths at the Sydney Writer’s Festival in May 2012.

To read about my workshop at the Sydney Writer’s Festival with Andy Griffiths http://www.andygriffiths.com.au/ , click here: https://beyondtheflow.wordpress.com/2012/05/21/busting-for-real-a-postscript-to-the-sydney-writers-festival-2012-3/

Anyway, from that incredibly lackluster and humble beginning, Beyond the Flow has finally reached 20,000 views. Good thing I’m as persistent as a dog chasing a ball! I never gave up and for awhile there, I seriously began to wonder but slowly but surely, the tide changed and I have forged something solid, strong and meaningful.
So, if you have just started blogging and you’re wondering whether your blog is EVER going to take off, take heart. With persistence, perseverance and dedication, your world will definitely grow and without having to sell your soul in the process. It just might take a bit…or a lot…longer.
I started blogging after a friend told me about her craft blog and I thought I’d give it a whirl. It was all very tentative back then… getting my head around how to set it up more than thinking about the content. I’ve never really struggled with writer’s block. It’s been more of a case of writer’s diarrhoea. The words and ideas just keep gushing out. For me, it’s more a matter of trying to contain the flow and weeding words out. So, I’ve never really struggled with finding something to write about and I’ve been blogging about a smattering of our experiences ever since.

Back in these early days, my blog was an outlet. Somewhere for me to direct my thoughts and feelings as well as getting my writing out there. For so long, all those words had just been building up inside my computer like a volcano set to explode. These thoughts, feelings, experiences were never meant to be shut away, especially as I had an understanding of deep suffering which could reach out and help other people, at the very least, to feel they’re not alone. That some random stranger out there in cyberspace “get’s it” and may indeed “get” them. That most of us don’t wear our battle scars on the outside but they’re usually hidden away deep within and we can feel incredibly isolated, misunderstood and alone…until we reach out. 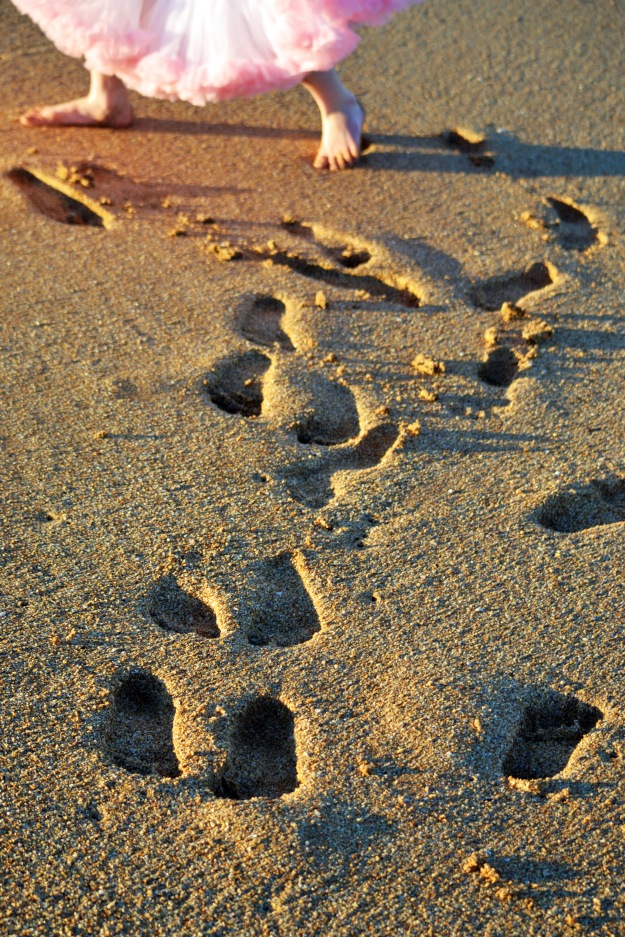 Footprints in the sand.

That is why I called my blog: Beyond the Flow. In the past people used to tell me just to “go with the flow”. These days they don’t even bother. They know I’m out there, somewhat off the grid but that’s what it means to be “creative” and I feel much more accepted than I was in the past.
When I started the blog back in 2012, I was just getting over the shock of finding out that I’d developed fibrosis in my lungs as a complication of my auto-immune disease, dermatomyositis. I’d gone into a sort of shut down out after the diagnosis as I waited to see the lung specialist for the prognosis. This actually turned out a lot better than I’d thought and I’d won a reprieve. I wasn’t going to die any time soon. Well, not now anyway. However, the shock had really taken its toll and I felt completely wiped out and almost corpse-like. The prospect of leaving behind my kids who were then 7 and 5, was simply way too much and short-circuited every bit of wiring I had. I very slowly had to crawl my way back to the start again and get moving.

However, as time went by and I gained a few likes and followers and also discovered blogs which I was following closely, blogging grew from being a personal, individual pursuit into becoming part of a thriving, supportive and really rather loving community. I found so many people out there who also wanted to make a difference to the world. Not just as an airy fairy ideal but were doing something about it. This has particularly been the case of a blogshare I belong to called #1000speak I have received so much love, support and encouragement through the bloggers I’ve met along the way and it really does go to show that we don’t have to be nasty, bitchy and stab people in the back to get ahead.
I can’t emphasise enough how much our community means to me. In addition to my family and closest friends, it means the world to me!!
20,002 enormous thank yous! 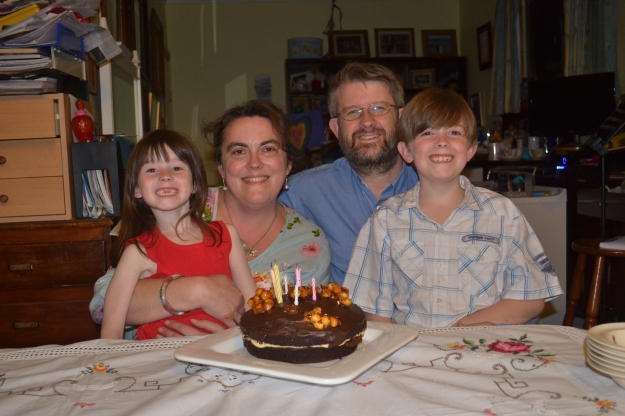 Through the next week or so I’m going to share some of the best5 of 0 to 20,000 views and some of the blogs, posts and friends I’ve found along the way. Please bear with me. We’ve had a Sydney cold snap and my computer is at the cold end of the house and the kids are currently home on school holidays you the blogging has slowed down to a crawl. I should also mention that I’ve developed a nasty cold with a ferocious cough and given my lung status, I am having to take things easy…not my usual, or preferred, modus operandi I can assure you. 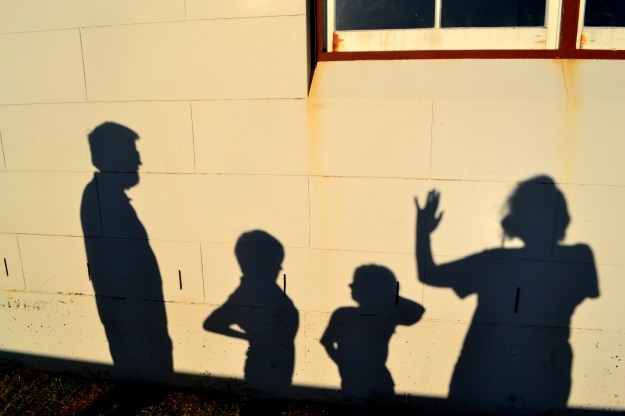 Many thanks for your friendship, encouragements, words, thoughts and beautiful images. I am so much better through knowing each one of you! 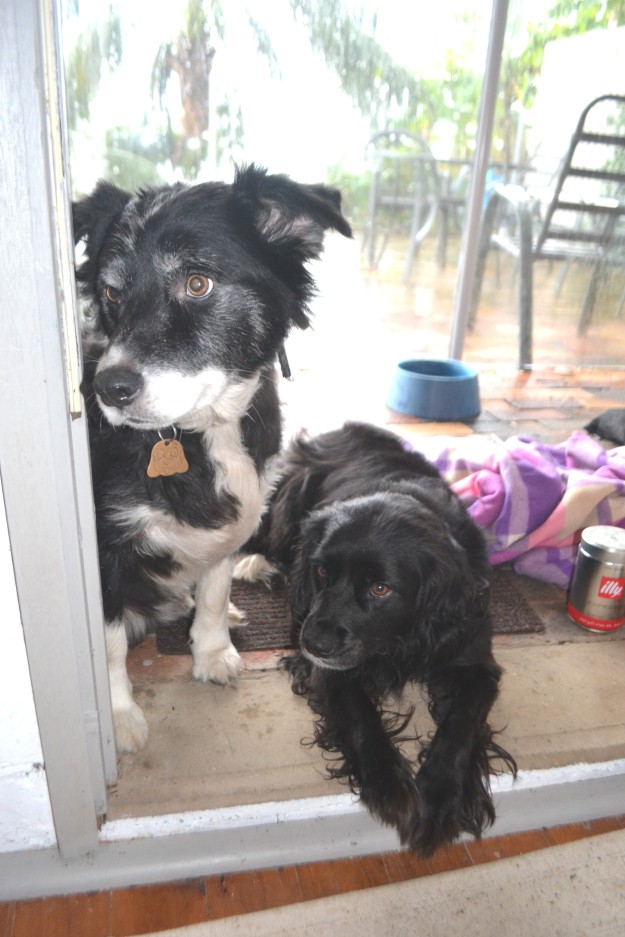 Two my most avid supporters: Bilbo and Lady